As Calais ′Jungle′ is dismantled, concerns mount for refugee children | Europe| News and current affairs from around the continent | DW | 26.02.2016

As Calais 'Jungle' is dismantled, concerns mount for refugee children

More than 300 lone children are stranded in Calais as the "Jungle" is demolished around them. Yet a French court ruling may offer some of them a lifeline after all. Caroline Brothers reports from Calais. 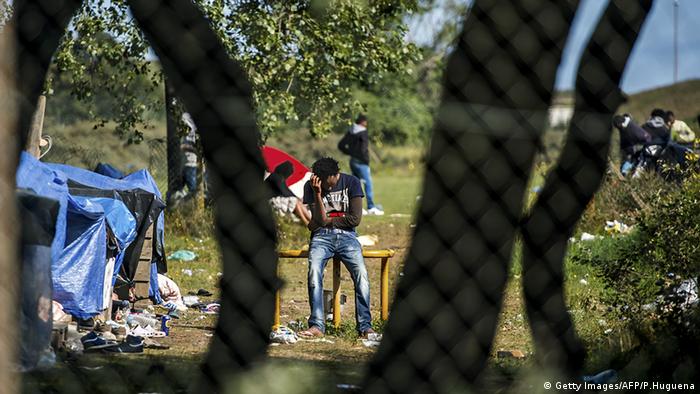 It is hard at first to distinguish them, but they are there: huddling for hours in the wind in a soup line, crowding around a bank of mobile phone chargers, sleeping in a wind-battered tent after dodging traffic on all night on the roads around the Channel Tunnel.

Some 326 lone children - minors from Afghanistan, Syria, Egypt and Eritrea - are living in the "Jungle" of Calais, according to the refugee body France Terre d'Asile. Of that total, 57 are younger than 15, while the youngest child travelling alone is just 7 years old, according to Medecins du Monde.

They arrive in the quagmire of Calais for all sorts of reasons, and get stuck there for pretty much the same ones: Some have a relative or an acquaintance in Britain; some hope to get there because they speak a little English; some, who've lost parents or traveling companions on sometimes epic journeys, have been carried along by compatriots they happened to meet on the road.

But all of them get stopped at the Jungle, in an environment fraught with danger for minors, caught between the port's impenetrable fences and the people-smugglers' skyrocketing fees.

Now the Jungle is disappearing around them. The church is gone; the mosque is gone; some of the community areas where young people could gather during the day are gone. On Thursday, a French judge ruled that demolition of the rest could go ahead, albeit over a three week period, and in the absence of the police.

So far, 1,200 of the 4,000 to 6,500 people that volunteer associations say live in the Jungle - an insalubrious collection of tents and huts concentrated on a wind-lashed wasteland - have been moved to a nearby site. There 125 prefabricated shipping containers have been erected behind wire fences as the authorities demolish the shantytown, crate by packing crate. 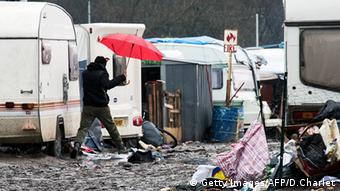 The Calais camp is both inhospitable and unhygenic

No provision, however, has been made for the lone foreign kids - young girls as well as boys – that takes account of their multiple vulnerabilities and their particular protection needs. France's children's rights defender, Geneviève Avenar, says she is worried both about their current situation and "the absence of visibility concerning their future care.'"

Jean-Marie Dru, president of UNICEF France, said earlier this week that destroying the Jungle exacerbated the risk that these unaccompanied children would disperse and disappear.

"The risk of disappearances and disruption to identifying this vulnerable group is inevitable in the context of a dismantlement,'' Dru said.

Doctors of the World said the authorities expected that those minors who found no place in the container settlement, designed for adults or families, would be relocated to children's homes all around France.

From there, however, if the demolition of the Calais Jungle in 2009 is any measure, they will quickly abscond.

Anxiety about the situation of minors in the Calais shantytown is running so high that it has prompted celebrities like Jude Law, Benedict Cumberbatch, Kristin Scott-Thomas and Mark Rylance to write to British Prime Minister David Cameron urging him to evacuate the kids to Britain or ensure they are taken into care in France.

Some hope he might consider sheltering them as part of the 20,000 refugees he has promised to take in from the refugee camps close to the Syrian border. Lou Einhorn, a Doctors of the World psychologist responsible for the Calais and Dunkirk region, said in an interview that children in Calais had been marked by the situations they have escaped and by their experiences on the road.

"Many of them have lived through traumas, and suffer from nightmares, anxiety attacks, stress or depression,'' said Einhorn, who has been conducting a drop-in clinic in which both adult and teenage refugees are encouraged to communicate through drawings, writing and other forms of artwork.

"You see it in what they express in therapy: they've been the victims of torture, or they've crossed the sea and seen their parents die, or they've been pushed onto dangerous boats,'' she said. "Then they find that the situation here is shocking, too.''

She denounced what she described as violence by the police and by racist groups in Calais, which affects adults and minors indiscriminately. 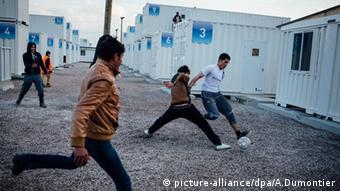 Children in the 'Jungle' are especially vulnerable

"Some are in hospital for weeks because of police violence, and that includes minors,'' she said. "Several have been attacked by fascist thugs and ended up in hospital. They've received baton blows, they've been gassed, humiliated and beaten up, and end up with a broken jaw, with their leg in plaster, with increasingly serious bruises.

"People who flee a country at war should be protected by France, yet they find themselves being clubbed by the police,'' she said. "It tips some of them over the edge.''

Minors, less adept at assessing risk, are vulnerable to alcohol and drug abuse, and exposed to the predations of traffickers for sex and other forms of slavery. That fear was given voice in a devastating assessment by Brian Donald, Europol's chief of staff, who said in January that 10,000 refugee children had disappeared across Europe over the past two years.

Yet, despite such bleakness, the situation for unaccompanied refugee children may at last be shifting.

In a ground-breaking case on January 20, an English court ordered that three Syrian minors be granted right of passage to leave Calais for Britain while their asylum case was being considered.

But a second decision, handed down in a French court three weeks later, has far broader implications for unaccompanied refugee kids.

On February 1, lawyers Lou-Salomé Sorlin and Marie-Charlotte Fabié, acting on behalf of five unaccompanied refugee children in Calais, set out a long litany of dangers that affect minors with particular gravity before a tribunal in the northern French city of Lille.

Minors in the Calais Jungle, they said, suffered respiratory illnesses, eye damage from exposure to tear gas, and dental problems owing to poor diet and hygiene conditions. They missed out on vaccinations, suffered from poor sleep and inadequate clothing that included wet shoes and socks, and sometimes had no socks at all. Their ability to concentrate was deteriorating. Trauma provoked anxiety attacks and sometimes bedwetting. They lived under the power of dominant adults they were unrelated to, while the need for money meant they could be preyed on for prostitution.

And they listed the cases of seven teenagers who, in 2015 alone, had been killed on the roads, under trucks and around the Channel Tunnel, trying to reach England from Calais.

Sorlin and Fabié sought the court's help in upholding the so-called Dublin II regulation, which determines responsibility among EU countries in asylum affairs. Article 8 of that regulation gives foreign minors the right to join a parent, sibling, or close family member who is legally in Europe, regardless of the country in which the child makes their claim.

On February 11, the court ruled in favor of their petition.

That meant that the five unaccompanied refugee children - two Afghans, a Syrian, and a brother and sister from Iraq, all aged between 11 and 16 - had a legal right to be reunited with their respective family members in Britain. 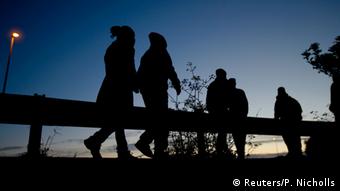 "This is not an option, it's a right, and it should be automatic,'' said Sorlin in an interview, adding that on the eve of the court's ruling, France hurried to comply with the law by beginning the steps that would allow the five children to travel.

"It should open a breach,'' Sorlin said, arguing that the court's decision set a legal precedent that would obviate the need for children to put their lives in peril by crossing borders illegally to reach their families.

Unaccompanied minors arriving in Greece, for instance, would be able to join a legally resident family member anywhere in Europe, she added, without having to gamble their lives or put them in the hands of smugglers. Children would not have to languish in the Jungle of Calais at all.

Avenand, the children's rights defender who visited Calais this week, said that "about 90 minors present in the camp could benefit from the principle of family regroupment in Britain where their close relatives were located.'' And she urged the French state services to get that process under way.

In the wake of a murder at a shelter for young refugees, Sweden's government has come under pressure to carry out age checks on those who claim to be under 18. Swedish law protects unaccompanied minors from deportation. (16.02.2016)