A judge in France has upheld the government's order to destroy parts of the refugee shanty town in Calais. The official deadline for migrants to leave the area was Tuesday. 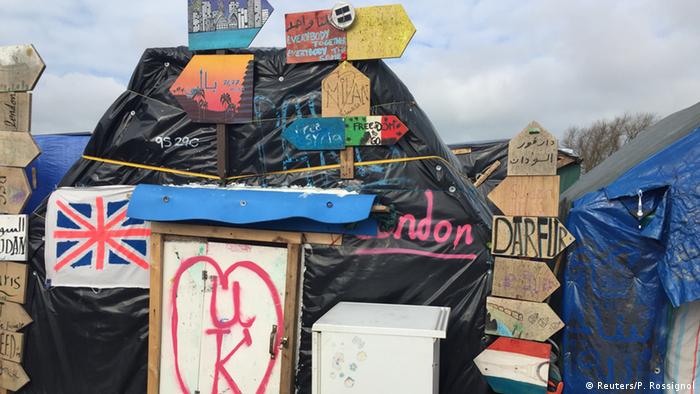 "The order is applicable, except for common social areas," the Pas-de-Calais prefect's office said in a statement. Schools and prayer centers are among the common spaces not to be destroyed.

Humanitarian groups appealed to a court in Lille to overrule the government's order but the judge rejected their petition. She said local authorities and the state had provided enough accommodation for the refugees.

French Interior Minister Bernard Cazeneuve welcomed the ruling. "This decision confirms in all points the strategy taken by the state in Calais," he said, adding, "There was never a question of some brutal evacuation."

Cazeneuve said local authorities had built 500 spaces for women and children in a reception center. Calais officials also confirmed they had built 1,500 places had been built in a provisional container camp. They also said they were looking into relocating migrants across France to dissuade them from going to Britain.

At least 1,000 migrants living in the so-called "jungle" camp in France's northern port city were staying in the area after the official deadline for them to leave expired on Tuesday. Authorities said they would use force if necessary and move them to an alternative accommodation at a container park nearby and to other reception centers.

The Calais "jungle" has become a tension point after migrants parked in the area and tried to get into Britain illegally through the Eurotunnel or "Chunnel." British and French governments have taken several measures to avoid migrants from crossing over into the UK. However, critics have said closing the camp may not solve the problem.