As attacks rattle Germany, Chancellor Merkel finds herself in the spotlight | Germany | News and in-depth reporting from Berlin and beyond | DW | 25.07.2016

As Germany reels from several attacks, the populist AfD has begun to rail against Merkel's refugee policies. But so far the government refuses to be drawn into a political debate, as Naomi Conrad reports. 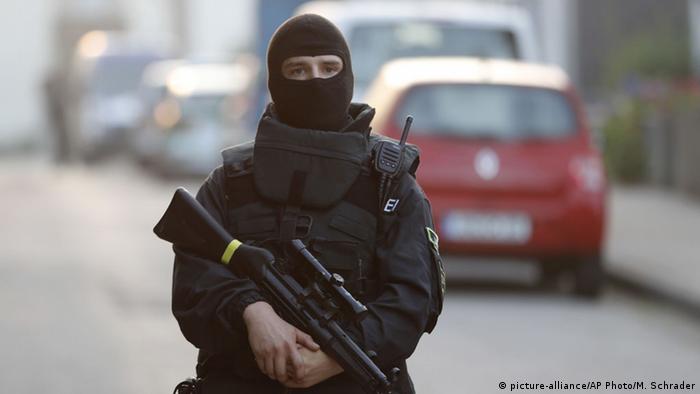 The flags fluttering over Germany's parliament buildings on Monday morning were no longer flying at half-mast. But the country was still reeling from several attacks within the space of just a few days, which left several dead and many injured.

On Sunday, a man set off an explosive device near an open-air music festival in Ansbach, killing himself and wounding a dozen others. An Islamist motive was "likely," authorities said. This followed a shooting rampage in a shopping center in Munich on Friday, and an axe attack on a train in Würzburg on July 18 by a young man, which was claimed by the self-declared Islamic State.

The attackers on the train and in Ansbach were refugees, while the perpetrator of Friday's shooting rampage was of Iranian-German descent. 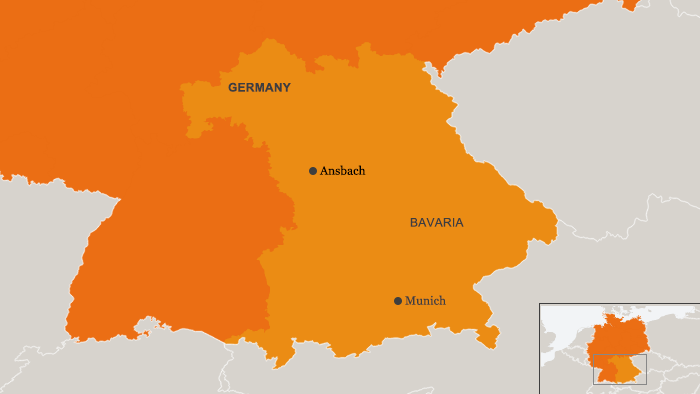 Germany is already struggling to bridge the divide between those who support Chancellor Angela Merkel's decision to open the country's borders to migrants a year ago and those, who are clamoring for harsher asylum laws. These include the populist, right-wing and virulently anti-migrant and anti-Islam Alternative for Germany Party (AfD).

In the run-up to three federal elections in September, the AfD was quick to attempt to score a political point. The party's co-leader Frauke Petry lashed out against Merkel's refugee policies on Facebook on Monday: "Do you now feel Germany is colorful enough, Mrs Merkel?" Many of her fellow party members published similar comments. 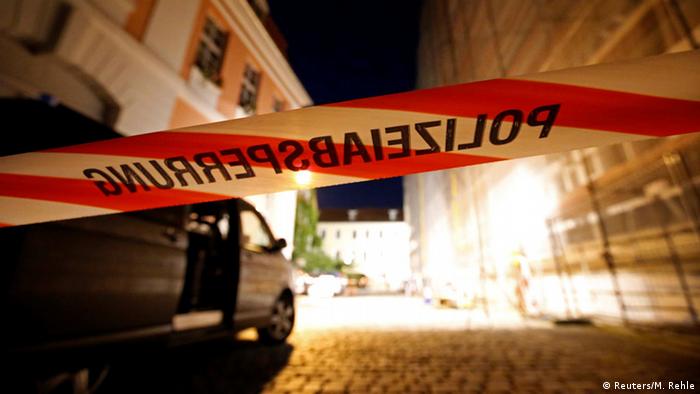 The 27-year-old attacker in Ansbach had spent time in a psychiatric facility, but the authorities say an Islamist motive seems "likely"

After a Saturday meeting of her government's security cabinet she pledged to "do everything possible" to protect the security and freedom of the people.

"Such an evening and such a night is difficult to bear," she said of the Munich attack. "And it is even more difficult to have to bear because we have had so much terrible news in so few days."

Politicians from other political parties though were more restrained, refusing to be drawn into a political debate on refugees and asylum policies while investigations in all cases are still ongoing.

A government spokeswoman on Monday refused to speculate whether recent events were likely to change Merkel's refugee policy.

"The Chancellor has voiced her dismay," said spokeswoman Ulrike Demmer, choosing her words carefully. "We need to wait for the outcome of the investigations," she added.

But, she said, "the government takes each case seriously."

Interior Minister Thomas de Maiziere (CDU) agreed. At a press conference on Monday afternoon, he said he did not believe that Merkel’s refugee policy had been too optimistic.

He stressed that all refugees, including the perpetrators of the attacks in Ansbach, Würzburg and Munich, routinely underwent safety checks as part of their asylum application.

The main problem though, he admitted, was that there was no exhaustive, Europe-wide data base of radicalized potential attackers. That, he said, was "problematic."

The debate comes at a time when Germany has already been tightening its asylum policies over the last couple of months to limit the number of refugees.

Earlier this month, the parliament agreed to a new integration law, which aims to offer people with refugee status easier access to the job market. But it also threatens to curb benefits and deny residency permits for individuals who refuse to take steps to integrate into German society, like refusing to attend language and integration classes.

Berlin has also been at the forefront of European efforts to secure a controversial deal with Turkey, which allows for deportations of migrants who enter Europe illegally to Turkey. In turn, European countries committed themselves to resettling Syrian refugees.

The German government has also put pressure on North African countries, such as Tunisia and Morocco, to take back their citizens who fail to qualify for asylum. And it wants to classify Tunisia, Morocco and Algeria as safe countries of origin.

A new law is in the making that would speed up the application for refugees from those countries, making it easier to deport rejected asylum-seekers. But it has yet to be approved by Germany's upper house of parliament, the Bundesrat, where it meets with strong opposition from the Green party.

All these measures seem to be having an impact: The number of refugees arriving in Germany has fallen sharply this year. In April, May and June, the number was around 16,000 a month, down by four fifths compared to the start of this year.

At the same time, Germany's federal states have increased the number of deportations. Some federal states, such as Saxony, are deporting four times as many people as last year.

But while the government was unwilling to be drawn into a debate, prominent government politicians did draw their own conclusions: Vice-Chancellor Sigmar Gabriel (SPD) called for more restrictive gun laws. He told German media on Sunday that there was a need to better restrict and control access to weapons.

A spokesman for the German interior minister was quick to say the government would carefully examine the issue. But, he stressed, Germany's gun laws "are already some of the tightest in Europe."

He also said that the introduction of Europe-wide minimum standards for gun laws were "already in the pipeline."

The events may also renew a debate on the role of Germany's army. Bavaria's interior minister, Joachim Herrmann, has called for the army to be allowed to be deployed within German borders, which the opposition and also Merkel's coalition partner, the SPD, strongly oppose.

The 18-year-old who killed nine people in a shooting spree in Munich bought his pistol on the so-called "dark net." DW explains what the mysterious online market is, and why it can sometimes be dangerous. (25.07.2016)