Opposition lawmaker Nikol Pashinian urged his supporters to suspend nationwide protests for a day to allow consultations in Armenia's parliament. The ruling party hinted it might support Pashinian for prime minister. 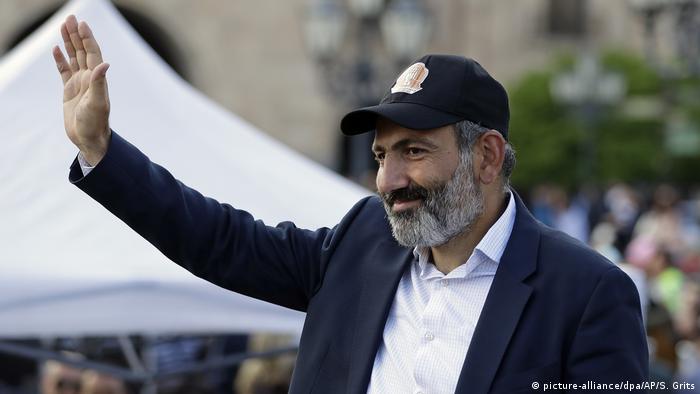 After thousands of protesters blocked roads and interrupted train services in Armenia's capital of Yerevan on Wednesday, protest leader Nikol Pashinian urged the anti-government demonstrators to pause protests on Thursday.

The one-day timeout should allow Pashinian to consult his fellow lawmakers as part of his push towards becoming prime minister.

"Kids, you are going to school tomorrow," Pashinian told a crowd in Yerevan. "Tomorrow, we will be working in parliament."

Armenian parliament, which is dominated by deputies from the party of long-time president Serzh Sargsyan, rejected Pashinian's initial bid on Tuesday. On Wednesday, however, ruling party officials said they would back the candidate who won one-third of the vote, signaling a change of heart on widely popular Pashinian. The move is in accordance with Armenia's constitution, which requires a party that does not have its own candidate to vote for a candidate who gains at least one-third of lawmakers' votes.

Speaking to his supporters on Wednesday, Pashinian said that the issue "has practically been solved."

"All factions said they would support my candidacy," he added. 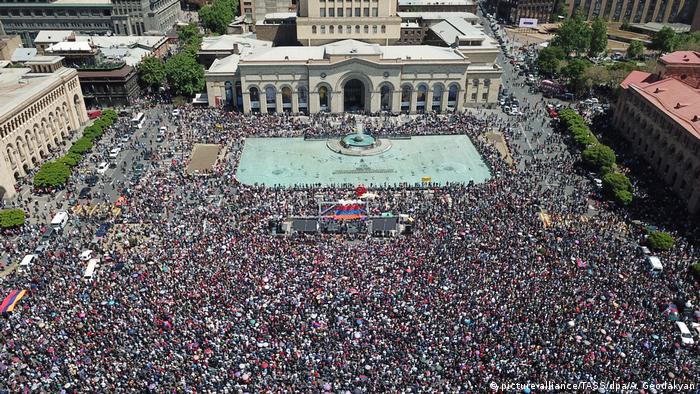 Armenia was plunged into unrest on April 13, when Sargsyan attempted to hold on to power by switching his presidential office for a PM post. Sargsyan soon resigned under the wave of protests.

Parliament is set to hold its second vote on the next prime minister on Tuesday. If lawmakers fail to elect a prime minister, the legislature would be dissolved and early elections called.

Pashinian called for a massive rally next Tuesday to "seal our victory."

Thousands of opposition supporters have rallied in Yerevan, demanding the resignation of Prime Minister Nikol Pashinyan. He is still facing criticism for signing a peace deal with Azerbaijan in 2020 that ended the conflict over the disputed region of Nagorno-Karabakh.

Supporters and opposition to leader Nikol Pashinyan have staged rival rallies in Yerevan as calls grow for his resignation. Russia's Putin has urged restraint amid the growing tension.