Argentina's vanished persons and the long quest for justice

During Argentina's dictatorship, the regime "disappeared" and killed some 30,000 opponents. One of them was Omar Marocchi. An alleged perpetrator, a former military commander, has been tracked down in Berlin. 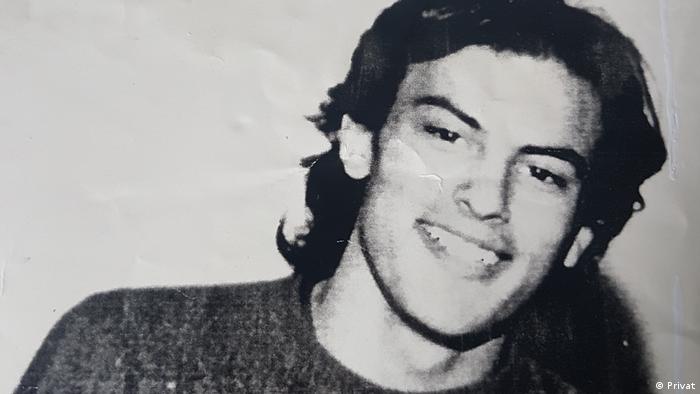 September 18, 1976 is a day Anahi Marocchi can't forget. She and her mother were living in Tandil, a town located 350 kilometers (217 miles) southwest of the capital Buenos Aires, when she learned that her beloved brother Omar — who was two years her junior — had disappeared.

To this day, Marocchi remembers how she and her mother collapsed after receiving the news. Since that fateful day Omar and his girlfriend, Susana Valor, who was three months pregnant at the time, remain missing and unaccounted for.

Nearly 44 years later, Marocchi hopes justice will ultimately prevail. "This is not just about Omar, about one individual. I'm representing all the victims of Argentina's military dictatorship and all those who are fighting for justice," she said. 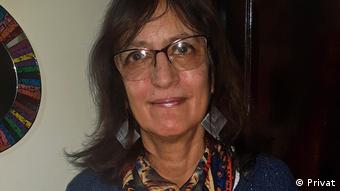 Anahi Marocchi wants justice, not only for her brother but for all who were killed during the military dictatorship

Recently, a man allegedly involved in Omar's murder was tracked down in Berlin, where he has been living with impunity for seven years. Luis Esteban Kyburg was the deputy commander of an elite naval unit which was demonstrably involved in crimes punishable under international law: Members of the opposition — people like Omar Marocchi — were abducted and carried away to a secret jail in Mar del Plata, a coastal town in the Buenos Aires province, where they were sexually abused, tortured and killed.

Kyburg, now 72, has been the subject of an international arrest warrant for years. He is accused of being complicit in the abduction and murder of 152 people. Whereas other military personnel have been convicted for their crimes in Argentina, Kyburg remains at large, living in the heart of the German capital.

He fled to Berlin in 2013, after being called to testify in a court case in Argentina. Although the South American country demanded his extradition as early as 2015, Kyburg is protected by his German passport. However, Berlin's public prosecutor's office is now looking into the case and cooperating with counterparts in Mar del Plata and Buenos Aires. 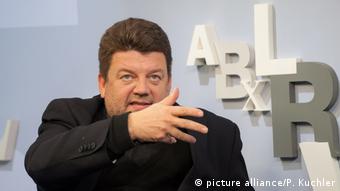 Wolfgang Kaleck represents relatives of those killed during the military dictatorship

"Kyburg's nationality must not protect him from criminal prosecution. The Omar Marocchi case is just one of many thousands, in which people were abducted, tortured, sexually abused and killed in Argentina," said lawyer Wolfgang Kaleck, the founder and general secretary of the Berlin-based European Center for Constitutional and Human Rights. "Germany must live up to its responsibility and put him on trial here."

Read more: Kaleck: Dealing with Argentina's past is the 'prime objective'

During the military dictatorship in Argentina, General Jorge Videla's regime was responsible for "disappearing" some 30,000 opponents. Security forces kidnapped those "desaparecidos," took them to secret torture centers and killed them.

These victims were frequently thrown into the Atlantic Ocean from aircraft, either sedated or already dead, in the dictatorship's notorious death flights ("vuelos de la muerte"). Some 100 Germans and ethnic Germans — the most well-known was Elisabeth Käsemann, the daughter of a renowned German theologian — were among the victims. 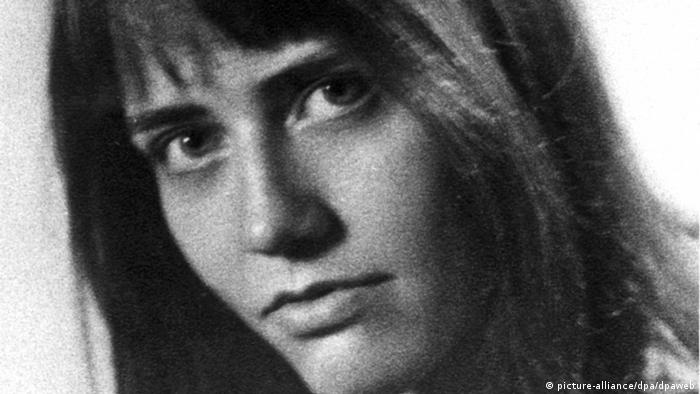 Shortly after her brother disappeared, Anahi Marocchi joined human rights organizations. For decades, she has also been in contact with the "Mothers and Grandmothers of the Plaza de Mayo," an association of women who lost children and grandchildren during Argentina's military dictatorship. "All of this is not a brief fight. I've been busy searching for those who were responsible for decades," she said.

According to Marocchi, Kyburg was an important figure in a perfectly organized network. "We've always been convinced that, in order for the junta's systematic plan to work, there had to be a gigantic organization of people. And, as a rule, those responsible were nowhere to be found," she said.

Marocchi has received plenty of encouraging online messages during the last few weeks, with her brother's schoolmates calling on her to persevere. "That did me a lot of good," she said. Argentinian media are now covering the Kyburg case as well.

"It's likely he knows a great deal about my brother," said Marocchi. Of course, defendants have consistently refused to pass on information and claim innocence, but she's still hopeful she will learn more. "I'm looking for answers. I want to know how my brother died."

Susana Valor, Omar Marocchi's girlfriend: The fate of her and her child remains unknown

Kyburg, however, may still get off scot-free, because Berlin's public prosecutors must prove he murdered Omar Marocchi. To do so will require witness and expert testimonies from Argentina. The Kyburg court case could still go on for years.

Even so, Anahi Marocchi won't give up. In Argentina it took decades to hold the military personnel who were responsible to account.

"Germany must not be a haven for a man who has committed crimes against humanity," she said. "Kyburg must face the punishment he deserves. That would also be a signal for the future, because otherwise such crimes will be repeated."