Trouble broke out near Buenos Aires after police forced residents to leave makeshift properties in Guernica. Landowners had taken the issue to court and while most of those evicted were compliant, some reacted angrily. 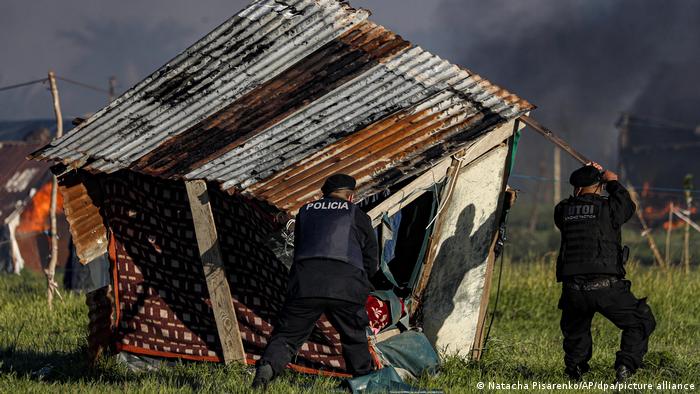 Police clashed with protesters in Argentina on Thursday while evicting them from their makeshift homes on a contested property south of Buenos Aires, according to authorities.

Most of those being evicted were compliant with instructions from the security forces. However, there were a handful of incidents recorded where some residents responded by throwing stones. Six police officers sustained injuries and at least 30 people were arrested.

Police used tear gas to disperse protesters while officers hauled down some homes and torched others. Many of the abodes were made of wood, cardboard and sheet metal. 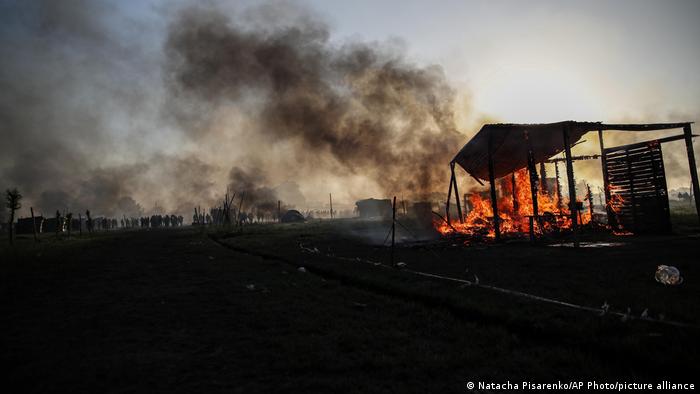 Thousands of police officers were part of a dawn raid on the 100-hectare (250-acre) camp near Buenos Aires, provoking panic and anger among residents as they saw their properties demolished

Tensions had been increasing in the Buenos Aires area of ​​Guernica, located about 30 kilometers (18.6 miles) south of the capital, after hundreds of families began taking up residence in shacks on the land from the end of July.

In the meantime, the owners of the occupied land went to court to reclaim the property.

Some 600 families subsequently signed an agreement with authorities to leave the land. In return, the squatters would receive building materials and money to help them find residence elsewhere.

"Rich as an Argentine" was once a common phrase, back when the South American nation was one of the wealthiest in the world. Today, it faces bankruptcy and staggering debt in a saga it can't seem to escape.

Argentina's vanished persons and the long quest for justice

During Argentina's dictatorship, the regime "disappeared" and killed some 30,000 opponents. One of them was Omar Marocchi. An alleged perpetrator, a former military commander, has been tracked down in Berlin.

Russia accuses Germany of spreading misinformation on Navalny 0m ago