The men were given long jail terms for turning a Ford factory into a detention center during Argentina's dictatorship. At least 24 employees and labor leaders at Ford were kidnapped and tortured. 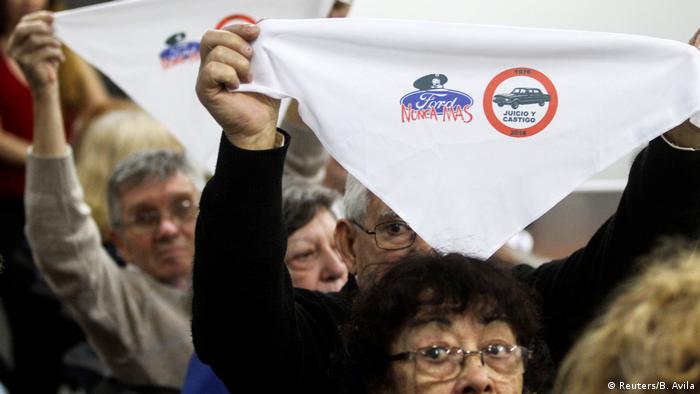 Former workers of Ford Motor Co. demonstrated before the trial

Two former executives of automaker Ford were handed lengthy jail sentences by an Argentine court on Tuesday. The move marks the first time that high-level corporate leaders have headed to prison over crimes committed during Argentina's "Dirty War."

After a year on trial, Hector Sibilla, the former head of security at Ford's Buenos Aires factory, was sentenced to 12 years in prison. His co-defendant, manufacturing manager Pedro Muller, was given 10 years.

The court declared that both men "were necessary participants in the illegal deprivation of liberty, aggravated by the use of violence and threats," against labor leaders and union advocates. Sibilla was also found to have been present during at least one torture session.

The duo "allowed a detention center to be set up inside the premises of that factory, in the recreational area, so that the abductees could be interrogated," court papers noted, adding that the victims were handcuffed and beaten and had their faces covered so they could not see who was interrogating then."

Survivors and relatives of the 24 employees who were jailed and tortured burst into applause and cheers when the sentence was handed down. 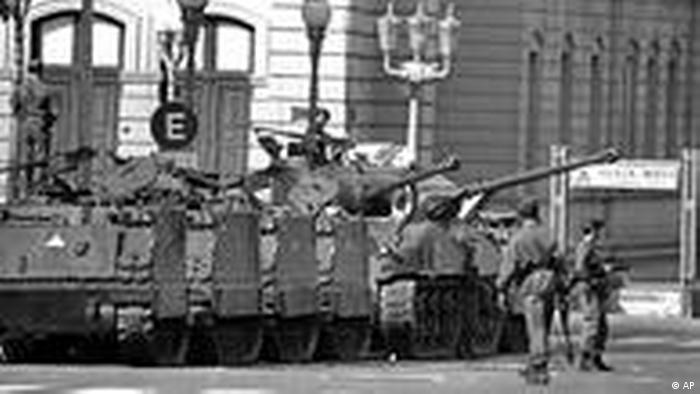 Argentine tanks on the streets during the 1976 coup

Argentina's military dictatorship lasted from 1976 to 1983. During that time, the government launched what has become known as the "Dirty War," a period of extrajudicial killings, kidnappings, torture, imprisonment and forced disappearances of tens of thousands of people, mostly leftists, students, journalists, artists, and trade unionists.

Sibilla refused to speak during the trial, but Muller said, "I have a clear conscience because nobody can accuse me over my conduct."

The two men are currently out of prison on a conditional release that bars them from traveling outside the country, but the presiding judge made it clear that they will be jailed as soon as their appeals are exhausted.

While the Ford company itself was not implicated in the suit, Tomas Ojea Quintana, a lawyer for the victims, said that the Ford corporation was in direct control of its Argentine branches at the time and must have had some knowledge of the crimes. He implied that going after the company could be the next step.

Argentina has released more than 1,000 declassified US files dating back to its military dictatorship. Washington provided the files earlier this year to assist with the prosecution of officials from the military junta. (09.08.2016)

A court in Argentina has sentenced 15 former military, civilian and police officials for abducting, torturing and killing dozens of people who opposed the country's military dictatorship in the 1970s and 1980s. (25.10.2014)