A court in Argentina has sentenced 15 former military, civilian and police officials for abducting, torturing and killing dozens of people who opposed the country's military dictatorship in the 1970s and 1980s. 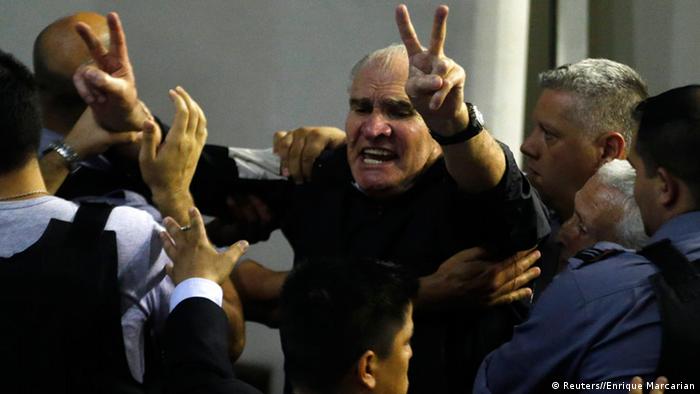 The federal court in La Plata, capital of Buenos Aires province, sentenced 15 former officials to life imprisonment after it was proven that they abused, tortured and murdered dozens of anti-government activists, Argentinean media reported on Saturday. Four other officials were to spend 12 or 13 years in prison, while two were acquitted, reports said.

All the 21 defendants were found guilty of either directly committing or playing a part in the murder, illegal restraint and torture of dissidents who dared speak out against the regime, which lasted from 1976 to 1983. Between 1977 and 1978 the victims were imprisoned in a secret camp called "La Cacha" in Buenos Aires, according to the Argentinean daily Pagina/12.

Among the crimes considered by the court was the murder of the daughter of Estela de Carlotto, the head of a human rights organization called "Grandmothers of the Plaza del Mayo."

Before her murder, Laura de Carlotto had given birth to a baby boy in 1978 at a military hospital in Buenos Aires. Her dead body was given back to her relatives, but the baby remained missing for 36 years until he was re-united with his grandmother last year in August.

The convicted officials are mostly former military employees, but also include police officers and civilians. During the decade-long rule of the military regime, nearly 30,000 people went missing or were murdered in what became known as the "Dirty War".

According to human rights activists, investigations are being carried out against more than 2,000 former officials accused of rights violations. Nearly 400 have been sentenced to imprisonment, including 28 sentences that cannot be appealed against.

Original documents dating back to the era of Argentina's military dictatorship have surfaced in an air force basement. They could prove enormously important as evidence in ongoing court cases on human rights violations. (06.11.2013)