Chia seeds, acai berries and maca have made it from the remote corners of Latin America to our local supermarkets. Touted as "superfoods" full of with vitamins, they've been flying off the shelves. But is it all good? 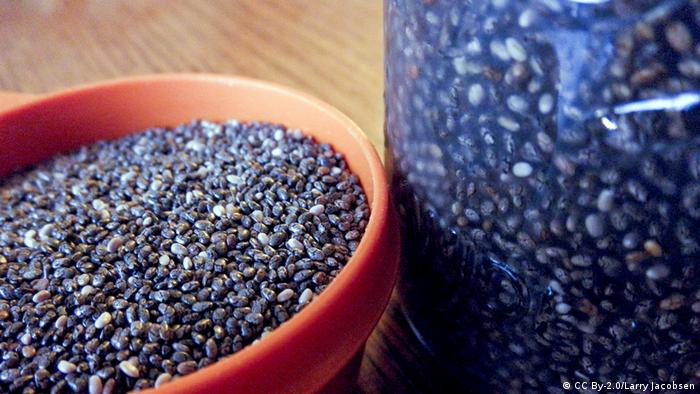 I barely flinch these days when my partner asks me to add chia seeds, raw cacao and acai berries to her almond milk smoothie in the morning. For some of us, these once-exotic ingredients, marketed as antioxidant-rich, anti-aging superfoods, have crept into the culinary lexicon as everyday ingredients we can't live without.

Desperate to differentiate their products, food marketers have elevated humble grains and berries to superfoods, not only due to high antioxidant or phytonutrient content, but their exotic origins high up in the Andes or Himalayas, where traditional people lovingly harvest by hand, and grow without the aid of chemicals.

Even at my local Berlin supermarket, they are having a special superfood display this week, showing off immunity-boosting algae, fertility-enhancing nuts and energizing berries that sell at premium prices. Down the road at McDonald's you can get a veggie burger made with a quinoa patty, and of course a quinoa side salad. The fast-food franchise is plugging the grain's 6,000-year-old Inca origins, and the fact that NASA astronauts eat it in space.

But I've always been a little cynical about this marketing narrative. Much of this feel-good food has far-off origins and hence a large carbon footprint. Should we be eating so much of this stuff if we can't grow it locally? And is surging global demand sustainable if it mainly grows on the slopes of the Andes? Are local workers and their environment being horribly exploited (see the #link:http://www.thedailybeast.com/articles/2015/09/30/lawsuit-your-candy-bar-was-made-by-child-slaves.html:child slaves that harvest cocoa#) to satisfy a voracious western appetite for foods that the growers can no longer afford to eat themselves?

In Peru, a vertiginous nation chock-full of ancient superfoods that are now highly coveted in foodie kitchens around the world (think chia, raw cacao, maca, lucuma, amaranth), the delicate balance of small-scale agricultural systems has been rapidly upset in recent years - for good and bad. 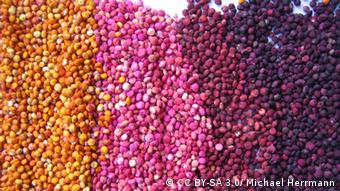 The biggest change has come through a massive spike in the demand for quinoa, a nutrient-rich, gluten-free pseudo-cereal that no one had heard of 20 years ago but which tripled in price on world markets between 2006 and 2014 due to rising western demand - perhaps after Oprah Winfrey included it in her 2008 cleansing diet.

Across the Andes mountains in Peru and Bolivia where over 80 percent of the world's quinoa crop is still produced in cool, arid climes, land is being degraded by farmers favoring intensive quinoa monoculture over traditional crop rotation. Growers are also less-inclined to leave nutrient-poor soil fallow to regenerate.

Land that once ran llamas used to fertilize soil has also been given over to quinoa, causing farmers to rely on chemical fertilizers. This is damaging quinoa's reputation as a clean, organic product - an image the Peruvian government has gone to pains to maintain when it introduced a 10-year ban on GMOs in 2012.

Referencing a December 2015 report on quinoa production in Peru by the Inter-American Institute for Cooperation on Agriculture, Alexander Kasterine, writing in #link:https://www.theguardian.com/sustainable-business/2016/jul/17/quinoa-threat-food-security-improving-peruvian-farmers-lives-superfood:The Guardian#, this month confirmed that "high quinoa prices have incentivised farmers towards bad practices like overuse of pesticides and not respecting crop rotations."

While 2013 was the International Year of Quinoa, journalists like Joanna Blythman of the Guardian, in her article "Can vegans stomach the unpalatable truth about quinoa?", were claiming that the superfood had become more expensive than chicken in Peru and that locals were resorting to cheaper junk food.

"The quinoa trade is yet another troubling example of a damaging north-south exchange, with well-intentioned health and ethics-led consumers unwittingly driving poverty on the other side of the world," wrote Blythman. 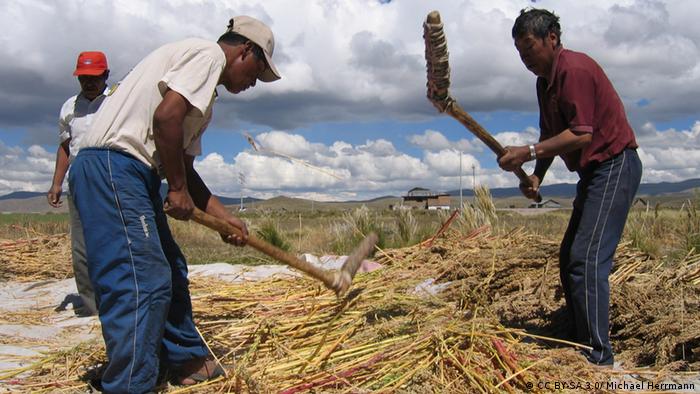 Questions about the relative health benefits of quinoa are also being asked. Tom Philpott of Mother Jones claimed, in 2013, that it "may deliver a complete protein - all of the amino acids you require - in a compact package, but rice and beans together actually do better ... The only problem is that lacking an exotic back story, food marketers can't wring as exorbitant a markup from these staples."

This was one of a spate of articles that coincided with my own decision to lay off the quinoa for a while. But recently, the news has improved. The quinoa mushroom risotto I recently prepared was very satisfying.

In recent months, a host of experts have come out in defense of the globalizing quinoa industry, claiming it is having a positive effect on Andean farmers. As the quinoa price has boomed, long-struggling growers have enjoyed an improved standard of living and can now afford to send their kids to school. In July, Alexander Kasterine of the International Centre for Trade trumpeted a new report - "Trade in Quinoa: Impact on the Welfare of Peruvian Communities" - promising that the quinoa price rise actually improved food security for locals.

Further bolstering this argument is the fact that governments in both Peru and Bolivia have been giving quinoa rations to school kids and pregnant women in recent years. Bolivia's socialist president Evo Morales, who served as Special Ambassador for the International Year of Quinoa and is himself a former quinoa farmer, denied that price hikes reduced local consumption - even if, according to AP, he #link:http://bigstory.ap.org/article/boom-quinoa-demand-stresses-bolivia-highlands:chastised farmers# for growing quinoa on land where llamas once grazed. 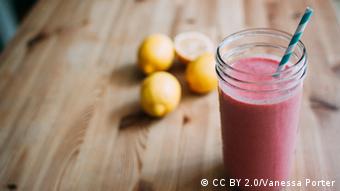 Raw cacao, acai berries or chia seeds - what do you put in your breakfast smoothie?

But if the problem of rising prices identified in 2013 isn't so bad, the price crash of 2014-15 due to a global spike in production has thrown up new challenges. This time, acknowledged Kasterine, small quinoa farmers making less profit really have been forced to put less quinoa on the dining table and instead eat nutritionally inferior foods like potatoes - stuff westerners are rejecting in favor of quinoa.
Growers are also selling livestock to survive, and are hoarding grain in the hope the price will rise again. The Economist noted in May that the current market rate for quinoa is around $2 (1.82 euros), below the “fairtrade” price of $2.60 (2.36 euros) a kilo, meaning that "Andean growers are already struggling."

Even if many have been lifted out of relative poverty, farmers who long grew quinoa for local consumption using age-old techniques in a peculiar environment are now being exposed to the whim of outside market forces. As international growers from Switzerland, the US and even the UK enter the market, Andean quinoa farmers who have put all their resources into a single crop will inevitably lose market share to foreign competitors who have the advantage of high-tech agricultural machinery. And as profits and soil quality decline, I get the sense that the free market will not compensate these farmers.

It is still early days for the rapidly evolving superfood market. But all that goodness surely comes at a price that is not displayed in the price tag.

The Daily Beast: Lawsuit: Your Candy Bar Was Made By Child Slaves

The Guardian: Quinoa isn't a threat to food security.