Are India′s emergency visas for Afghans issued based on religion? | Asia | An in-depth look at news from across the continent | DW | 23.08.2021

Are India's emergency visas for Afghans issued based on religion?

India's past citizenship policy, which critics say excludes Muslims, has raised questions as to who is eligible for special new humanitarian visas for Afghan refugees fleeing the Taliban. 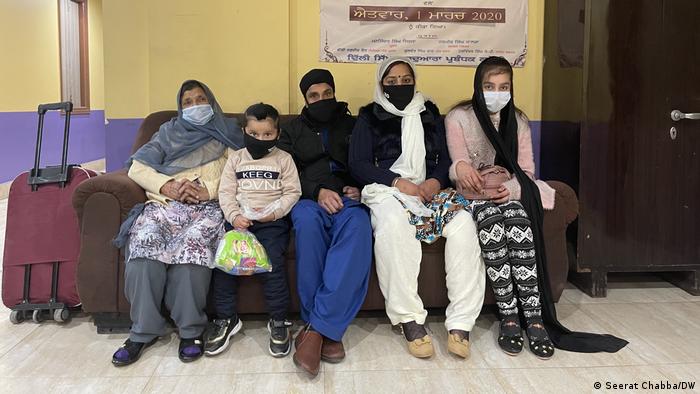 Days after the Taliban seized control of Afghanistan, the Indian government introduced a new category of visa to fast-track the applications of Afghans who want to come to India and flee what has become a growing humanitarian crisis.

It was announced that all Afghans, irrespective of their religion, could apply for the so-called e-Emergency X-Misc Visa online.

However, the announcement of the fast-tracked visas kicked up controversy in India over whether there would indeed be religious discrimination in determining eligibility.

The controversy is partly based on a law enacted in 2019 called the Citizenship Amendment Act (CAA), which fast-tracks citizenship of Hindu, Sikh, Buddhist, Jain, Parsi and Christian immigrants from Afghanistan, Pakistan and Bangladesh who arrived in India before 2015.

However, it excludes Muslims, a move that has been denounced for undermining India's secular constitution.

Afghan refugees in India worry for those left behind

Do Hindus have priority for the humanitarian visas?

"Recent developments in our volatile neighborhood and the way Sikhs and Hindus are going through a harrowing time are precisely why it was necessary to enact the Citizenship Amendment Act (CAA)," Minister Hardeep Singh Puri tweeted on Sunday.

Modi has also directed officials to extend all possible help to "Afghan brothers and sisters" looking for assistance from India, particularly Sikh and Hindu minorities who are seeking refuge.

"Why does the Modi government get religion into everything? Religion has nothing to do with this,"  Mahbouba Seraj, a civil rights activist in Afghanistan told the news website India Today.

"It is unfortunate that in a humanitarian crisis, the government is choosing to prioritize who will be given visas. This political messaging is being played out for ulterior reasons," Kavita Krishnan, Secretary of the All India Progressive Women's Association, told DW.

Early last week, India completed the evacuation of some 170 diplomats and other staff members from Afghanistan, and since then, there have been special flights  evacuating Indians and Afghan Sikhs and Hindus.

However, an official statement on who will be issued visas has left unanswered questions on the visa eligibility for other Afghans.

In response to media queries regarding the situation in Afghanistan, foreign office spokesperson Arindam Bagchi said last week: "We are in constant touch with the representatives of Afghan Sikh and Hindu communities. We will facilitate repatriation to India of those who wish to leave Afghanistan."

An immigration official told DW that visas will be granted after necessary security checks are conducted, which include travel history and criminal records. 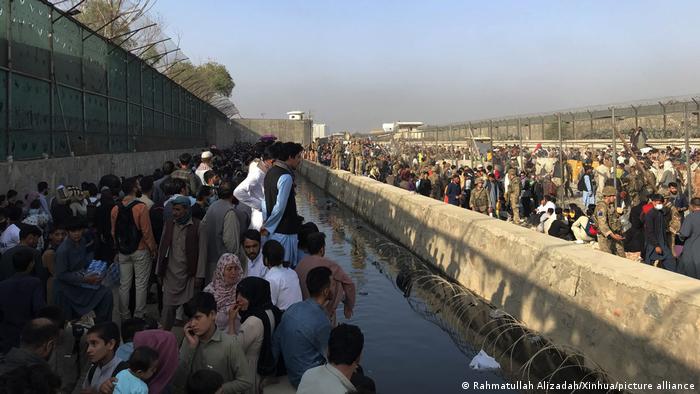 Hoards of people are trying to evacuate Afghanistan from Kabul airport

"Initially, it will be a period for six months and can be later extended depending upon the requirements and the situation back in Afghanistan. There is a provision for travelers to apply for an extension," a senior official told DW under condition of anonymity.

Since India reopened its Kabul embassy in 2001, thousands of Afghans have worked in various capacities, and risked their lives, to protect Indian interests in Afghanistan.

"Obviously, there should be no prioritization in face of such colossal humanitarian crisis," Shanthie Mariet D'Souza, a foreign policy expert at the Kautilya School of Public Policy in Hyderabad, told DW.

"Many of them are desperately waiting to be evacuated to India. India needs to move beyond such prioritization and categorization if it intends to maintain goodwill, not only among Afghans, but also in the region," D’Souza added.

India has traditionally hosted refugees from Afghanistan since 1979, even though it is not a signatory to the 1951 United Nations refugee convention.

According to the UN High Commissioner for Refugees (UNHCR), in 2019 there were approximately 40,000 refugees and asylum-seekers registered in India.

Afghans are the second-largest community in India, comprising 27%. A large Afghan refugee population lives in different neighborhoods in New Delhi and many run restaurants, bakeries and confectionery shops.

What can India gain from its 'engagement' with the Taliban?

Indian media suggest that New Delhi has opened a channel of communication with the Afghan Taliban. DW analyzes what prompted the government to engage with a group that it considers terrorist.