Are German carmakers too dependent on China? | Business | Economy and finance news from a German perspective | DW | 27.10.2020 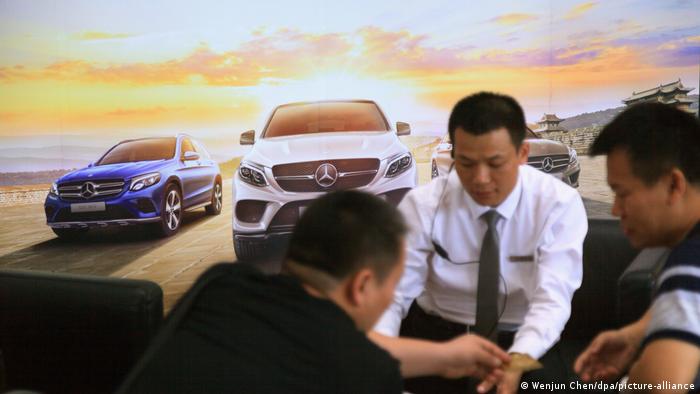 For example, last year VW sold 40 percent of its vehicles in China. The reliance has increased because the US and European markets have been hit much harder by the pandemicthan in China. "China's car market is currently recovering and will only show a fall of five percent or less by the end of the year. Other markets will have to cope with much greater losses," according to Bratzel.

He thinks the dependency has two sides. On the one hand, the fact that China is "not only partially saving the German, but even the global automotive industry at the moment, because the market is picking up again" is positive.

In the longer term though, China should be viewed more critically. "A manufacturer's greater dependence on the Chinese market also makes it a little bit open to blackmail," he says.

Striking a balance is not easy because China has the highest growth rates and will remain the largest single market in the future. "That's why you can't just withdraw." In Bratzel's opinion, manufacturers should strive for a balanced position in global markets. 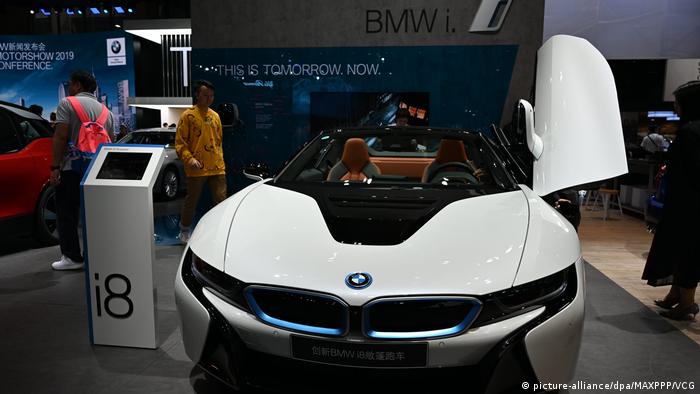 A BMW i8 car on display in China

Figures for Q3 2020 will have brought relief in the corporate headquarters of Audi, BMW and Daimler. The profit curve was clearly pointing upwards again. Three months earlier, all three German premium manufacturers had to accept losses of more than 20 percent due to the pandemic.

From July to September, BMW, together with its subsidiary Mini, achieved a sales increase of 8.6% compared to the same period last year. The main driver was the almost one-third stronger business in China. The VW subsidiary Audi and the Daimler Group, with its luxury brand Mercedes-Benz, reported similar trends.

Daimler CEO Ola Källenius expects high demand from his customers in China for a long time to come. In the last ten years, the market there has grown dramatically, Källenius said recently at a video conference with business journalists. "We expect the greatest growth in China in the next ten years," he said. Luxury body in demand in China: interior of the new S-Class from Mercedes-Benz

In addition to the still low vehicle density in the country of 1.4 billion inhabitants, Daimler benefits from the growing wealth of the middle class. The rapid recovery in demand for premium cars in China can also be explained by the fact that buyers could not spend their money on expensive holidays abroad and instead bought a new car.

In view of the high sales share of 40 percent of all its global sales, which the VW Group is again recording this year in China, Dudenhöffer says that being heavily dependent on a large region is always a risk. "But the question is which risk is greater: becoming dependent on China or becoming a niche supplier in China?"

China is very interested in working with Germany. According to Dudenhöffer, risks could be made "manageable" and "bearable". The US under Donald Trump is a much greater risk because it is unpredictable: "If Trump has a bad day and needs a few votes, he will raise tariffs on the German auto industry overnight."

Liberalization under pressure from Trump

But Trump has also contributed to the liberalization of the Chinese market, emphasizes Bratzel. There, the joint venture regulation which said foreign investors are only allowed to do business in China if they join forces with local companies, has been relaxed. "That was a compulsion, but this regulation, to say something positive about Trump, was adjusted under pressure from him," said Bratzel.

Tesla, for example, is one of the first companies to no longer be subject to this rule. The Tesla factory in Shanghai, which opened in January, was built without any local firms being involved.

"In addition, the Chinese government wants that domestic manufacturers and suppliers not only get stronger in China, but also play an important role in international competition," reckons Bratzel.

To do this, China must submit to international trade rules. Bratzel believes that under pressure from the US, the ruling Communist Party have already given something in this regard. "China also wants to export its products to Europe and America, and this is not just about the auto industry."

German carmakers among the biggest losers in US-China trade row?

Economists have warned that BMW and Daimler could be among the main victims of trade tensions between the US and China, should the Asian nation really double its tariffs on car imports from the United States.