As both Norway and Russia race to extract potentially vast amounts of energy from the Barents Sea, a small Norwegian town in the high Arctic could become the hub for a new era of oil and gas exploration. 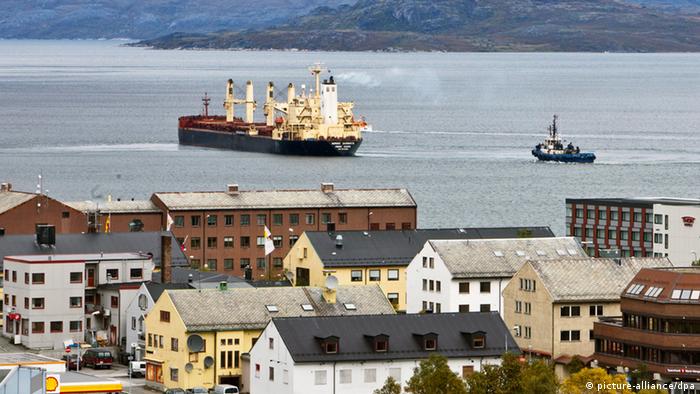 You can't miss Greger Mannsverk's Kimek shipyard in the center of Kirkenes, Norway. Its brightly painted maintenance hall towers over the Arctic town, which itself is just 15 minutes from the Russian border. Kirkenes is home to some 3,500 people, many of whom have traditionally relied on the iron ore and fisheries sectors for employment. 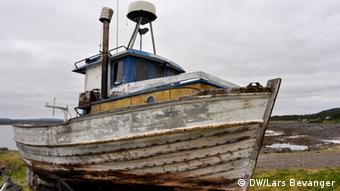 But now the shipyard's managing director is positioning his company to benefit from a promised energy fairytale coming out of the Barents Sea.

"Everything is coming closer and closer, and we know that within the next three to seven years the activities will come," Mannsverk told DW. "We've been waiting for this since we started in the mid-80s, so we know it will come."

Mannsverk is referencing the promising oil and gas finds in the Barents Sea just north of Norway and western Russia. Kirkenes represents Norway's nearest harbour, and Mannsverk's company stands to benefit hugely by switching from servicing the Russian fishing fleet from just across the border to taking on business from global oil companies.

"We're building up a company that should be able to work on the Russian side of the border or Norwegian - we don't care," Mannsverk said.

Further south, North Sea oil and gas deposits - extracted from fields that lie roughly between Norway and the United Kingdom - have long secured Norway's role as western Europe's largest oil and gas producer. But southern parts of the country have been the primary beneficiaries of those developments, with the Arctic north lagging behind both in terms of infrastructure and other investments.

North Seareserves are dwindling, however. Now, up to 40 percent of Norway's untapped resources could be in the Barents Sea - and worth up to 230 billion euros.

"I believe it's time to look to the north," Kirkenes' Mayor, Cecilie Hansen, told DW. 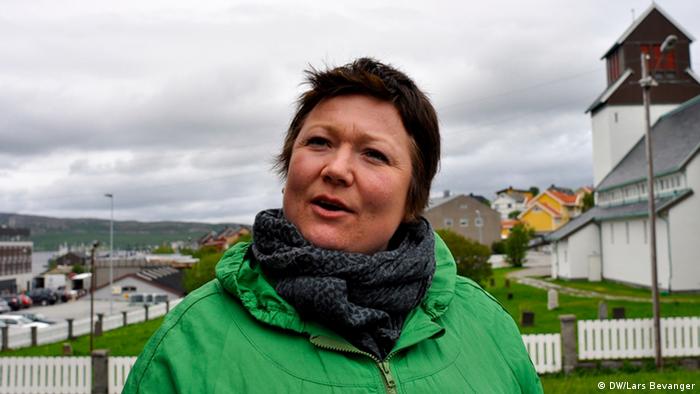 The town's mayor, Cecilie Hansen, is embracing the town's role as an oil and gas hub

"A lot of people who have gone outside of their municipality for their education are now taking their eyes back to Kirkenes, and want to come home," she said. "Before, everybody was working in mining. Now we have a new type of job that society really needs."

There are signs that things are already beginning to change for Kirkenes. Two major shipping terminals situated in fjords on either side of the town are on the drawing board.

Construction of one is due to start next year. Entrepreneur Jacob Stolt-Nielsen is sinking some 250 million euros into the development of a large oil and liquefied natural gas (LNG) terminal, which would serve oil tankers coming in from the Barents Sea.

"The oil and gas [that's] going to be produced is going to increase tremendously," he told DW. "It's expensive to produce this oil, so therefore it's important that optimal logistics are being put in place."

He added that volumes are expected to top 18 to 20 million tons by 2018, when the terminal is ready. 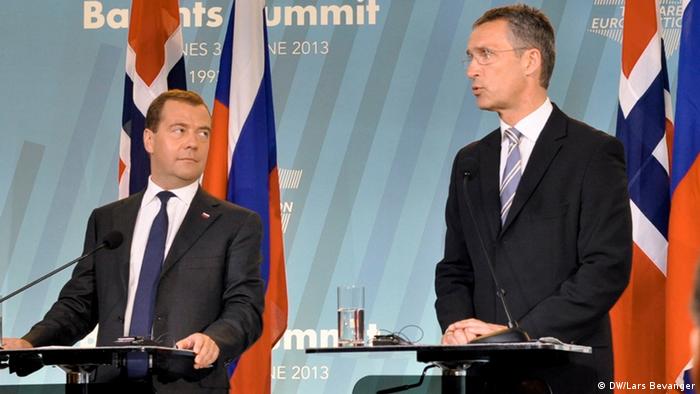 Whether united by oil and gas or divided by it, Mevdev (left) and Stoltenberg are working hard to extract it cooperatively.

But the future energy situation was high on their agenda, too. For decades, the two countries have been at loggerheads over a stretch of the south-eastern Barents Sea. In 2010 they agreed on a delimitation line.

Soon after, surveys indicated there were massive amounts of oil and gas waiting to be piped out of the seabed there.

"It is of great importance that we have been able to reach an agreement with Russia on a delimitation line both in the Barents Sea and the Polar Sea," Norway's Prime Minister Jens Stoltenberg told DW.

"We have negotiated [with Russia] for more than 40 years. I think it's a great advantage for both Russia, for Norway and for the global community that there is an agreement in this area."

Yet while political leaders are smoothing the way for that cooperation to happen, environmentalists are sounding alarm bells. The rapidly shrinking Arctic ice cap is one of the reasons energy exploration is becoming possible in the Arctic. Greenpeace has staged several high profile demonstrations on both sides of the border to highlight what the organization calls the "greatest environmental challenge of our time."

"The polar ice cap may disappear easily within our lifetime, unless we stop unnecessary pollution," said Truls Gulowsen, head of Greenpeace Norway, in an interview with DW. "That should be seen as an emergency call from the planet - not as a business opportunity for the oil and gas corporations to explore even more inaccessible areas for more oil and gas."

Gulowsen added that the ecosystem there was under "extreme pressure" due to climate change and ocean acidification.

The people of Kirkenes do not seem to share the environmentalists' concerns, however. Many say they trust strict government oil industry regulations will take care of nature. There is also cross-political support for taking the hunt for petroleum resources further north, both locally and in Oslo and Moscow. 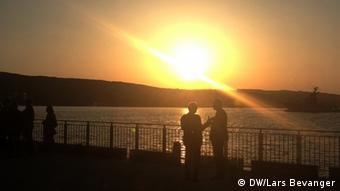 Oil companies, including Norwegian state-owned Statoil, plan to drill a least 12 wells in the Norwegian Barents Sea this year. That is a record equal to the number drilled in the past two years combined.

Listen to Lars Bevanger's report from Kirkenes on Inside Europe