′Arctic development will never be linear′ | Environment | All topics from climate change to conservation | DW | 06.01.2015

'Arctic development will never be linear'

This year the US takes over the chair of the interstate Arctic Council from Canada. Malte Humpert, director of the Washington-based think-tank Arctic Institute, tells DW what he expects from the change in leadership. 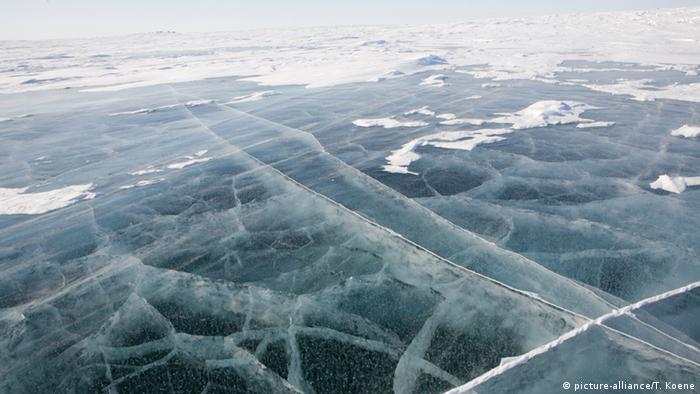 Deutsche Welle: With Canada as chair of the Artic Council, the emphasis was very much on development. What impact did the chairmanship have?

Malte Humpert: Prime Minister Harper used the Arctic to propagate his role in asserting Canada's sovereignty over the Northwest Passage. Overall it's been a very quiet chairmanship - it will be interesting to see what the US puts together over the next two years.

Where do you think priorities will lie?

Canada reflected its view about regional development for the people of the north onto the whole of the Arctic, while the US will project its global view onto the Arctic. I expect more security, like a coastguard, search-and-rescue, and potentially also a more environmental regulation-focused chairmanship.

There seems to have been more Arctic conferences and events. Is there increased interest in the Arctic these days? 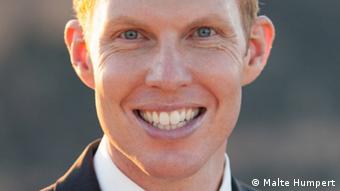 Malte Humpert considered Canada to be a quiet chairman

That is absolutely right. We now have a major interest in the Arctic, and of course it's been reflected in Arctic conferences throughout the year. The interesting question is, whether Arctic development is really on par with the proliferation of conferences.

We saw a gold rush mentality a few years ago, with a lot of talk about Arctic shipping initially, about oil and gas activity and minerals in Greenland. But now, with the oil price being down below $70 a barrel and political uncertainties over Ukraine, EU and Russia, to me it's clear that all those outside factors will have an impact on the Arctic.

Maybe Arctic development has been oversold and overplayed, and will be more of an operators' niche on a local and regional level. One could question if there will definitely be this global push into the Arctic.

What's your feeling on the situation now - are we seeing a slowdown in economic interest in the Arctic?

Infrastructure development is really needed in the Arctic: better transportation corridors, roads, rails, ports and also communication infrastructures. You'd have to work on a local level, a regional level, across borders, and you'd also have to bring in national parliaments. Arctic development faces a lot of obstacles, and it's a very long-term proposition.

So is this slowing-down good news or bad?

That depends on your values. If you see the Arctic as a pristine environment and you're looking to develop the Arctic for the people of the Arctic, then I think it could potentially be a good thing, because it will preserve the environment they live in.

On the other hand, if you see the Arctic as a resource-rich region and you want to extract resources - which is probably especially the case for Russia - then a $70 barrel of oil is probably very worrying from a domestic economic standpoint, where 40 percent of your exports are generated above the Arctic Circle. A lot of that development will be delayed, and might be stopped completely.

Some people say those differences and the political disputes could mean the Arctic will spark world conflict. Your institute's report on Arctic security suggests that could actually be the other way around, that international disputes could spread into the Arctic?

Europe and the United States are planning further sanctions against Russia, as the Ukrainian conflict continues. The political standoff is also creating tensions within the Arctic Council. (16.05.2014)

The Arctic Council has accepted China and other Asian states as permanent observers. With climate change making the region more accessible to shipping and commercial exploitation, countries are lining up to join. (16.05.2013)

Every major conflict we have seen - WWI, WWII, or before that - always had an Arctic component. I'm not saying there's a likelihood of conflict in the Arctic, but if we see some kind of engagement or disagreement in the Arctic, it will be global power politics that will create tension or conflict, and there might be an Arctic theater to that conflict.

If EU-Russia relations deteriorate further, there might be increased sanctions - I think there could be an Arctic aspect to that. At the same time looking 50, 80 years ahead, one could definitely see China being even more of a major power than it is today, and one could definitely see a possible conflict between the US and China over access to resources and trade routes. The Bering Strait could become very important.

I think the general message to take away is that Arctic development will never be linear. There will be ups and downs, and some years there will be more developmen when the ice is very low - as it was in 2012 - then a decrease in activity like we saw in 2013 and 2014.

Malte Humpert is the founder and executive director of the Arctic Institute. He has been working on Arctic issues since 2007, and his research focuses on the impacts of climate change on the Arctic environment.