For most satirists, poking fun at politicians is part of the job. But in some Arab countries, mocking leaders or religion comes with a risk. Arab cartoonists often fear legal action, intimidation and physical attacks. 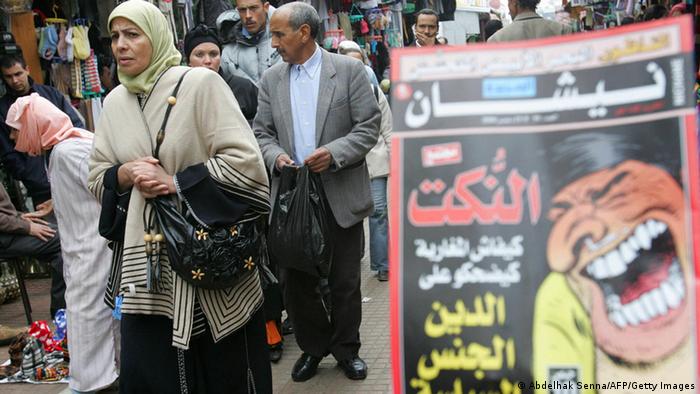 A militant from terror group "Islamic State" (IS) gets into a taxi. He's angry, and orders the taxi driver to turn off the radio - radios didn't exist in the time of the Prophet. And the air conditioning shouldn't be on either, because there's also no mention of it in the Koran. The taxi driver asks his passenger whether there were taxis in those days. Of course not, his guest answers, at which point the driver slams on the breaks and throws him out onto the street. The driver explains that he's just showing his commitment to early Islam.

This sketch, which featured on the "Ktir Salbe Show," was broadcast on Lebanese television. It's a program that, like many others aired in Arab countries, makes fun of IS fighters and their crude fundamentalism. It can be dangerous - especially in Syria, where IS controls a significant amount of territory. Actors who ridicule IS in their skits often prefer to have their faces covered when appearing in front of the camera. They fear retribution from the terrorist group, which isn't known for having a particularly strong sense of humor. 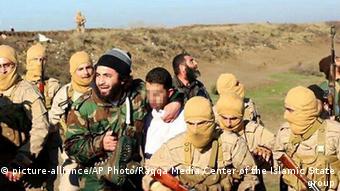 IS fighters are also targeted by satirists

"By no means do IS fighters represent true Islam," said Nabil Assaf, one of the writers and producers behind the "Ktir Salbe Show" said in an interview. "That's why we make fun of them, to show that we are against them and that we reject extremism."

Jokes about politics, sex and religion

Political jokes and cartoons have a tough time in the Arab world. Many leaders in countries in the Middle East don't appreciate it when the public laughs at them. The creators of the Moroccan weekly news magazine "Nichane" (in English, "Direct") had to learn the hard way how angrily some leaders can respond when made the subject of ridicule and satire.

In 2006, they ran a cover story about humor in Morocco (pictured at top), because Moroccans like jokes, and like to laugh about politics, sex and religion. These types of jokes can be heard in schoolyards, universities and offices. But one thing is forbidden: they cannot appear in print. Anyone who does this will be tired in court, perhaps for "insulting religion," or because the publication and dissemination of such materials will "injure manners and morals."

These were the charges laid against "Nichane" by a Moroccan court, after the magazine published their story about Moroccan humor, which also poked fun the late King of Morocco, Hassan II. As punishment, the magazine was banned for three months, and the journalists involved received hefty fines. The fuss over the provocative cover story had already attracted large interest. And because the reports in "Nichane" were published in a Moroccan dialect, the magazine reached many readers around the country.

In 2009 it published an unauthorized opinion poll of Moroccan King Mohammed VI, which sparked a boycott by companies who had been advertising with the publication. As a result, they were forced to shut down. 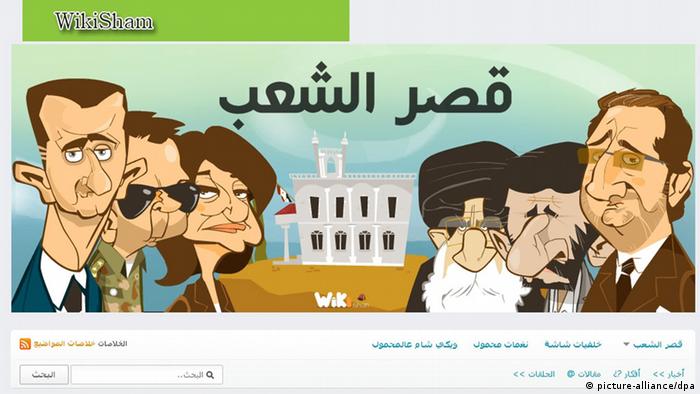 The artist with the broken hands

Syrian cartoonist Ali Farzat has experienced a completely different type of intimidation as a result of his work. Shortly after the outbreak of anti-government protests in Syria in 2011, he published drawings that represented Syrian President Bashar al-Assad in a critical light. In one of his illustrations, he drew former Libyan dictator Moammar Gadhafi in a getaway car, apparently trying to escape the revolutionaries. Assad appears on the side of the road hitchhiking with his thumb out and his bags packed. The message: the fleeing Libyan dictator might want to take the Syrian leader with him, then the public would be rid of both of them. 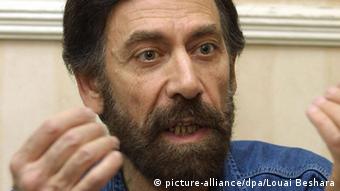 The cartoon didn't go down well in all circles. In August 2011, Farzat was attacked. Assailants clubbed his hands, and at least one was left broken. The perpetrators are said to have warned him not to continue making fun of the regime.

These cases of Farzat and "Nichane" show that cartoonists in the Arab world can have several enemies - religious as well as secular. They're targeted in the name of faith as well as in the name of earthly power interests.

Governments and regimes in the Arab world are almost unanimous in their dislike of loose words, and provocative, or just funny, illustrations. As usual, the leaders may be ideologically-oriented: they fear the laughter, and are allergic to jokes that could challenge the established order - and their leadership along with it.

The legal charges of "insult" or "defamation" are therefore sometimes used as convenient instruments to get rid of troublesome cartoonists.

But what exactly crosses the line and turns a cartoon into an insult? It's a question that's impossible to answer. Each person has different sensitivities and reacts in a different way. The charges of "insult" or "injury" open up the door to legal abuse. For cartoonists living under authoritarian regimes, work comes with significant risks.

"As an Arab, Muslim cartoonist who lives and works in the Middle East, in everyday life there's the fear I could offend the wrong people," said the Sudanese cartoonist Khalid Albaih, who works for Al-Jazeera. 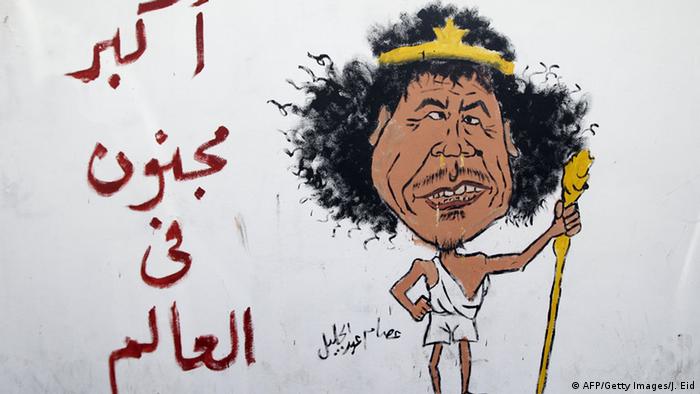 'The craziest man in the world.' Graffiti in the Libyan capital, Tripoli, holds former leader Moammar Gadhafi up for ridicule

Egyptian cartoonist Doaa al-Adl agreed. Artists in her line of work are always suspected of serving political organizations, she said in an interview with DW, adding that it's very difficult to escape the collective mentality.

"The main problem is that people always assign me to a party," al-Adl said. "When I draw cartoons that criticize the government, their supporters claim that I work for the Muslim Brotherhood. They say I criticize those who work for the government. But I am against violence, no matter which side it comes from."

Cartoonists in the Arab world come under all sorts of pressures. That's part of the job, writes Khalid Albaih of Al-Jazeera. "It's not easy to draw a cartoon that avoids all levels of censorship: self-censorship as well as the censorship by governments."

As a result of his own experiences, Albaih said it's only right that Western societies insist on absolute freedom of expression. In his opinion, satirical magazine "Charlie Hebdo" had a strong tendency towards publishing offensive and often racist material. Nevertheless, even in this case, he said he supports freedom of expression.

"With all my heart, I join all those who are condemning the action of the three young men," he said.

The bloody attack on Charlie Hebdo has provoked a powerful response from cartoonists on social media. Many are speaking out on behalf of their slain colleagues the best way they know how - with satire. (09.01.2015)

Mass protests, threats of violence and boycotts in the Arab world are exaggerated reactions to the Mohammed cartoon and an example of how governments instrumentalize hatred against the West for political purposes. (03.02.2006)

John Kerry calls on EU to reduce emissions within 10 years