The Aquarius vessel operated by a Franco-German aid group is seeking a port where it can safely disembark with rescued people. An Italian minister has suggested the UK should take responsibility. 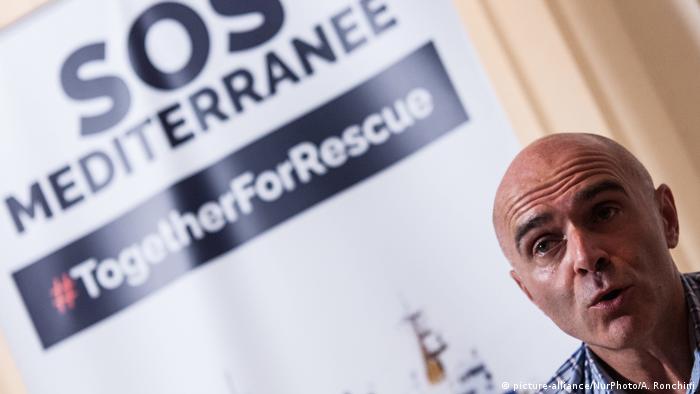 Italian transport minister Danilo Toninelli said on Monday that the UK should take in the migrants on board the Aquarius as it was a vessel flying under a Gibraltar flag and currently in Maltese waters.

"The boat is now in Maltese waters and has a Gibraltar flag. At this point, the United Kingdom should take responsibility for the safeguarding of the shipwrecked," Toninelli wrote on Twitter.

The Italian government has refused to allow rescue ships to dock at its ports, calling for all migrants rescued at sea to be taken to Libya or other EU ports.

Ships passed them by

The Aquarius — run by SOS Mediterranee and Doctors without Borders (MSF) — rescued 141 people in two separate operations off the Libyan coast on Friday.

Of the rescued people, 25 are thought to have spent 35 hours adrift at sea. The other 116 migrants, 67 of whom are unaccompanied minors, were picked up in a separate operation.

The people rescued told the crew that several ships passed them by without offering assistance, according to SOS Mediterranee.

No safe port in Libya

The MV Aquarius had started heading north on Sunday towards Europe when Libyan coastguards called the vessel to pick up 10 migrants spotted on a small fiberglass boat.

On Monday SOS Mediterranee said it had reached a standby position "exactly between Malta and Italy and awaits to be assigned a place of safety."

"The vessel [Aquarius] is currently in international waters off Malta and the island of Lampedusa, awaiting the designation of a safe port in accordance with international maritime law," SOS Mediterranee chief Sophie Beau told French radio station France Info.

When asked why the ship had not made for Libya, the nearest port at the time of rescue, Beau said that according to international law, a safe port is a port in which people can obtain protection, which is absolutely not the case in Libya in the current situation.

She added that Libya's maritime authorities, who coordinated the rescue, said they could not offer a safe port and that they had to contact other rescue coordination centers. 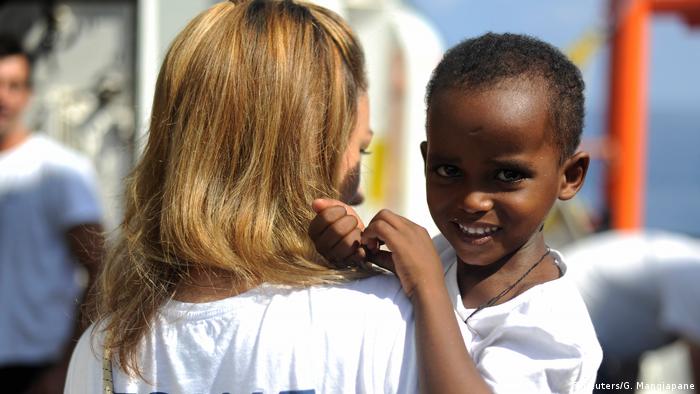 The majority of those rescued had come from Somalia and Eritrea. Many recounted how they were "held in inhumane conditions in Libya," where human traffickers are based, the aid group said.

"As soon as you enter Libya they take your passport and rip it up in front of your eyes. As soon as you enter the border, every single door closes in your face. You are trapped. The only door that opens is the door of the sea," one rescued man told MSF.

"What is of utmost importance is that the survivors are brought to a place of safety without delay, where their basic needs can be met and where they can be protected from abuse," said Nick Romaniuk, search and rescue coordinator for SOS Mediterranee.

In June the Aquarius was forced to sail a further 700 nautical miles (1,296 kilometers) through the Mediterranean with more than 600 migrants on board to the Spanish port city of Valencia after it was denied a safe harbor by Italy and Malta.

MSF and SOS Mediterranee said European policies that hinder the provision of humanitarian assistance have resulted in a skyrocketing number of deaths at sea in recent months.