Backed by strong sales in China, Apple has released figures indicating another strong quarter. Demand for iPhone 6s and 6s Plus models is likely to bring another holiday season with many new smartphones in stockings. 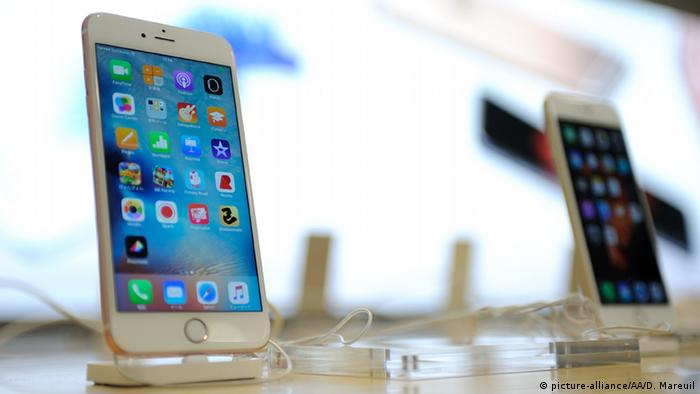 On Tuesday, Apple reported a strong quarter of earnings which was spurred in part by demand for its products in China. According to the company, 48 million iPhones were sold in the three-month period ending September 26.

This amounted to nearly $51 billion (46.2 billion euros) in revenue for the quarter. Of that, around 25 percent came from China, Hong Kong and Taiwan – an indication of the importance this region plays in Apple's global strategy. The figures represent a 99-percent increase in revenue from the China region compared to last year. However, compared to the previous quarter, sales growth was slightly down in the region.

Apple said it expects an even stronger next quarter, with a boost from holiday sales driving predicted revenue up to around $75 billion. Much of this is expected stem from high demand for Apple's newest models, the iPhone 6s and 6s Plus.

Although iPhone sales remain strong (making up 60 percent of quarterly revenue), Apple's tablet - the iPad - has not been selling as well. The company recorded a 20 percent decrease in units sold for the reported quarter.

A jury in the US has found Apple guilty of using technology it did not own to speed up some of its iPhone and iPad processors. The company could face a fine in the hundreds of millions of dollars. (14.10.2015)

The cult of Apple: Steve Jobs on the big screen (again)

The premiere of the new biopic on Apple founder Steve Jobs has been met with wide approval at its premiere in New York. And much of the credit goes to its German-born lead actor, Michael Fassbender. (08.10.2015)