An undercover report by rights group China Labor Watch says working conditions at a Shanghai factory of Apple contractor Pegatron are 'despicable,' showing the tech giant is still failing on its pledge for change. 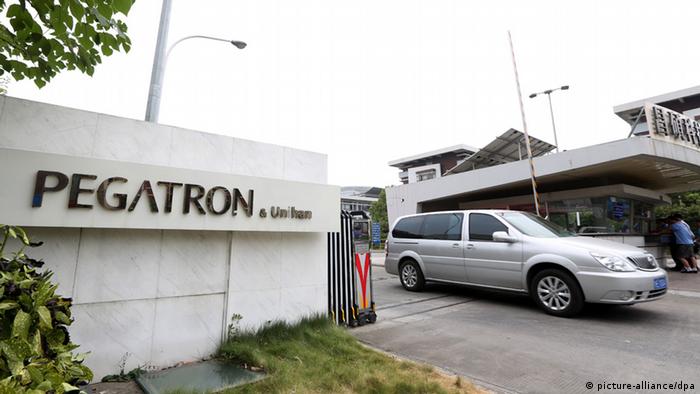 The report, jointly released by US-based rights groups China Labor Watch (CLW) and "The Future in Our Hands" (FIOH) on Thursday, said "little progress" had been made in the conditions for workers making Apple's iPhone at Pegatron's Shanghai location.

The Taiwanese group was housing its workers in overcrowded dormitories lined with mold and crawling with bed bugs, the 43-page report titled "Something's Not Right Here" said.

The rights groups called on Apple chief executive Tim Cook to acknowledge that nothing much had changed for workers making Apple's lucrative products since Cook's 2014 appeal for people to "stand up and say if something's not right here."

"Reality for workers at Pegatron is working 12-hour shifts, six days a week, forced to do overtime work and unpaid labor, with very short breaks for meals, facing hiring fees and unreasonable fines, and receiving inadequate training in safety and prevention measures that is covered up by Pegatron through fraudulent documentation, all while living in unhygienic and cramped housing," the report found.

CLW compared findings from its new investigation with those of a 2013 investigation of Pegatron. Among 21 categories of legal and ethical violations that were identified, 11 went unchanged, five problems deteriorated further, and four showed partial but incomplete improvement.

The report mentioned that half of the workers hired at Pegatron were temporary workers, even though the Chinese labor law allowed only 10 percent of a workforce to be temporary labor.

While working undercover at Pegatron, CLW's investigator received an information sheet that contained a short list of toxic substances, including cadmium, mercury, hexavalent chromium and arsenic. Yet no one explained to workers the location of these or other substances in the production process or how a person should protect herself from injury, the investigator was quoted.

The California tech giant has previously faced criticism about conditions at Foxconn, another contract company based in Taiwan. After at least 13 employees apparently committed suicide in 2010, Foxconn pledged to improve working conditions and raise salaries.

Seven jobs that are worse than yours

Think you’ve got a tough job? Imagine being a pet-food taster. Or a sewer inspector. Next time you complain about your work, spare a thought for some of these guys. (22.12.2014)

Technology giant Samsung has announced a probe into fresh allegations that one of its suppliers in China employed children. The claim was made by the CLW rights group and follows earlier violations in 2012. (10.07.2014)

Taiwan’s Foxconn group has said some of its student interns worked overtime and night shifts, in violation of company rules. The firm has been embroiled in a number of scandals regarding poor working conditions. (11.10.2013)