Long known as one of the most valuable firms in the world, the US tech giant hit a milestone market capitalization of a trillion dollars as its stock price keeps inching higher. It's a watershed moment for the company. 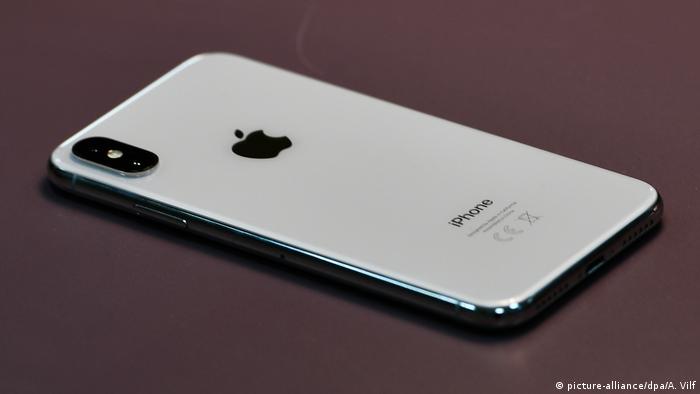 In early morning trading on Thursday, Apple's stock jumped 2.8 percent and sent the company over a magic hurdle as it became the world's first private-sector publicly traded company with a market value of $1 trillion (€860 billion). For those who like visuals, in numerals that is 1,000,000,000,000.

PetroChina, a state-owned oil giant, was the first company to hit this mark during its initial public offering in 2007, though its value has declined dramatically since then. Apple on the other hand is the first non-state-owned company to reach this stratospheric valuation on its own merits through a long, sustained upward climb without implicit government guarantees or backing.

It is a market development that has been in the pipeline for well over a year. Recent higher sales of the expensive iPhone X gave investors more confidence in the company and helped it to this watershed moment, leaving second-place Amazon and third-place Google well behind in the mid to high $800 billion value range.

What a difference a week makes

This was the crowning event in a week in which Apple reported its quarterly results on Tuesday in which revenue was up 17 percent year-on-year to $53.3 billion. According to the company, international sales accounted for 60 percent of that revenue. It also announced that it had used some of its huge pile of cash to buy back shares worth billions.

"Our strong business performance drove revenue growth in each of our geographic segments," said Luca Maestri, Apple's CFO. "We returned almost $25 billion to investors through our capital return program during the quarter, including $20 billion in share repurchases."

Company CEO, Tim Cook, thinks the strong results were not only driven by strong sales of iPhones, but also because of strong demand for wearable devices and services.

Will this magic figure make any difference? Probably not. Though Apple surely won't nosedive like PetroChina, it will struggle to keep up with its own success. The febled trillion dollar trophy can only bring more scrutiny and even higher expectations.

Samsung has chosen to settle rather than challenge a ruling that awarded Apple hundreds of millions of dollars last month. Apple had accused the Korean tech giant of copying its iPhone design. (28.06.2018)

Is the so-called 'techlash' gathering pace? It was another bad day for the US tech sector on the markets on Monday, as Facebook, Netflix, Microsoft and Google parent Alphabet all suffered sharp losses. (31.07.2018)

Making a digital me

Shares in the iPhone maker have been on a tear over the past two years as consumers grab its devices to keep in touch during the coronavirus pandemic. Apple's tech peers Microsoft, Alphabet and Amazon are not far behind.

The iPhone maker reached the record level before dropping slightly later in the day. Though the value high was short-lived, it was another sign of investor confidence in the tech firm.

The CEO of Apple took the stand to reject a lawsuit filed by Epic Games claiming the tech giant is abusing its position with its online marketplace and claiming outsized commissions.