Antibiotics use in Africa: Machine learning vs. magic medicine

Swiss researchers and doctors in Africa have developed a digital tool to help clinicians prescribe fewer antibiotics, or only when they are really needed. 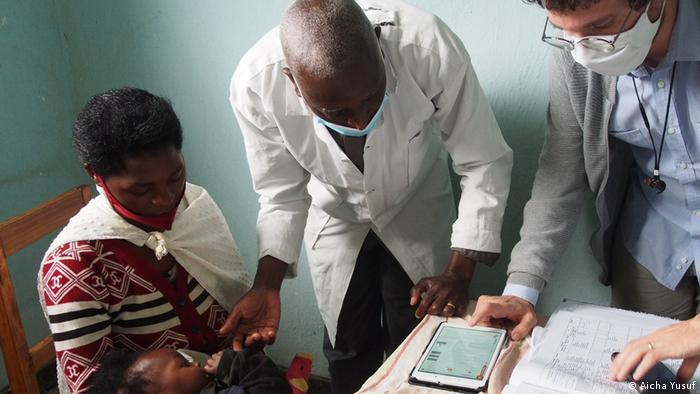 "I was surprised myself recently when we had a child in the consultation room and I thought 'This looks like a bacterial infection,'" recalls Godfrey Kavishe, a doctor at the National Institute for Medical Research in Tanzania.

Kavishe was a few steps away from prescribing an antibiotic — they help fight bacterial infections.

He kept wondering, though, why the child was breathing so quickly. So, he ran "point-of-care" tests, using an artificial intelligence tool called ePOCT+.

"And the tool suggested that the child was more likely to have a viral pneumonia," says Kavishe. "I probably would have given an antibiotic. The tool was really helpful."

An antibiotic, meanwhile, wouldn't have helped at all. In fact, antibiotics can do more harm than good when they are wrongly prescribed.

For a start, researchers have long suggested that the more we use antibiotics, the less effective they are against infections. Then there's the cost of — essentially — wasted medication. They just don't work against viruses. It's money down the drain. 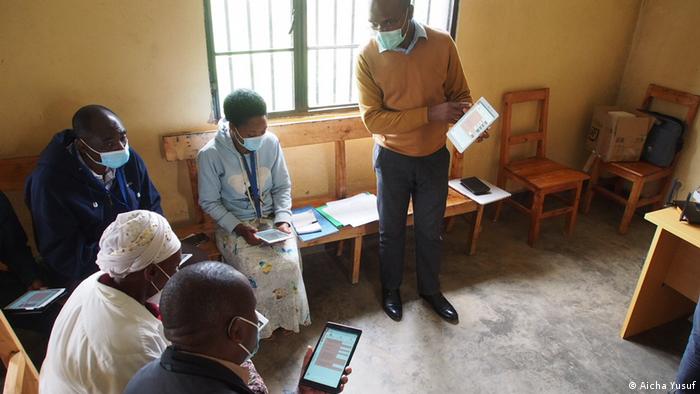 "They can also prolong an illness," says Kavishe. "Maybe the child doesn't have diarrhea, but you give them an antibiotic and it causes diarrhea as a side effect."

Reducing the use of antibiotics

Kavishe is one of a number of primary healthcare workers who have been collaborating with a Swiss-based research project called DYNAMIC.

The team behind DYNAMIC say they want to improve healthcare for children aged 0 to 15 years in African countries. And part of that goal is to reduce the use of antibiotics to treat illnesses that don't respond to them, such as viral infections.

"Before COVID, most of the world didn't understand the difference between a virus and a bacterium, people had yet to grasp that most diseases are viral and that patients do not benefit from an antibiotic treatment," says DYNAMIC's project lead, Valérie D'Acremont at Unisanté in Lausanne.

A universal, but specific problem

D'Acremont says the problem is universal. Antibiotics get over-prescribed everywhere.

"There is a tendency even in Europe that as soon as you have a cough, a GP will give you an antibiotic. But they should only use antibiotics for serious cases, like a bacterial pneumonia," she D'Acremont.

The situation in African countries is different, because some diseases are more prevalent there than in the richer, so-called "global north."

"Antibiotics get used for fever, because fever is very worrying. As soon as you have a fever, especially in the 'global south,' where you have dangerous tropical diseases like malaria, meningitis or typhoid, clinicians get very nervous and they want to be on the safe side, so they prescribe an antibiotic," she says.

It's something that Kavishe sees first-hand at the Mbeya Medical Research Center in Tanzania where he works. 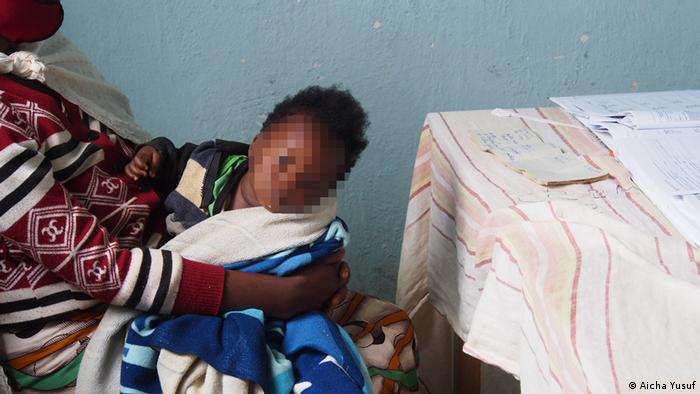 "About 70% of consultations in primary health facilities involve children, who are brought in with fever or a cough," Kavishe says. "And most infections in children are viral — an upper respiratory tract infection, for example. But the clinician will end up giving an antibiotic to treat a diagnosis that they probably don't even know because [they haven't been able to do] many of the tests that would confirm the diagnosis."

Often it's through no direct fault of their own but a simple lack of equipment. And sometimes it's because health ministries in countries like Tanzania and Rwanda put out thick clinical guidelines, which are unheard of in Europe or North America, but which are deemed necessary in the global south to manage the situation that exists.

D'Acremont and her colleague, Rainer Tan, are both medical doctors turned digital healthcare researchers. They have been testing ePOCT+ at 140 healthcare facilities in Tanzania and Rwanda.

The tool aims to help clinicians, especially those who lack on-the-job experience, to make an accurate diagnosis and prescribe the right medicine or other treatment. This includes nurses in remote settings, or those who lack full training but are out there doing the job in the community because they are needed, or those who lack access to diagnostic testing tools, to make the right decisions.

And it seems to be working. 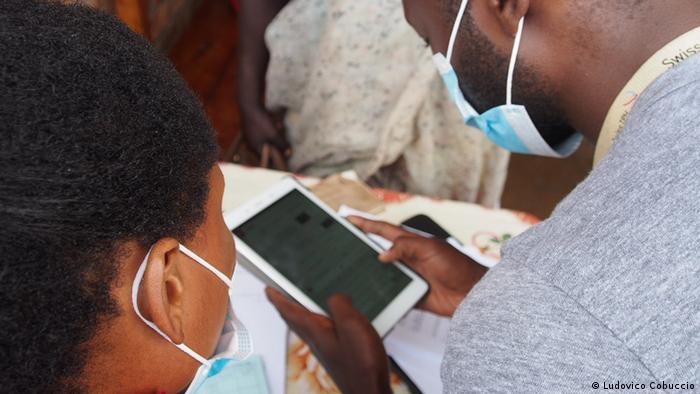 The DYNAMIC/ePOCT+ study in March involved 474 children and adolescents

"You can imagine that as soon as you say you're going to restrict the use of antibiotics people get scared," says D'Acremont. "But the cure rate was better with our tool."

They ran a pilot study in March 2021, involving 474 children and adolescents in Tanzania and Rwanda. It found that prescriptions of antibiotics dropped from 70% in Rwanda and 63% in Tanzania to 13% and 19% respectively when using ePOCT+.

People also get scared when you tell them you're using an AI, especially when what you are really talking about is a machine learning algorithm that can teach and adapt itself.

"This tool is collecting data continuously — data on the children and their illnesses, seasonality information — so we can learn a lot about a specific population," says Rainer Tan. "We can see how diseases change, whether it's dengue or malaria."

Sticking with "static algorithms" that do not change, on the other hand, means "we risk mistreating patients," says Tan.

"We need to adapt to what is happening in real life," he says. "And that is the beauty of machine learning optimized algorithms. They are learning from the data of the local population to result in better care for the people."

It's also designed to be controlled by local clinicians who don't have top IT skills — for instance, if you're in a healthcare facility and the medicine that's available is not what you thought, you can update the app in real-time.

"We asked six clinicians and they all believed the tool will lead to a better health care for children and that it will improve their skills," says Kavishe. "It helps them with what drugs to prescribe. It even recommends the dosage based on the weight of the child."

The ePOCT+ tool is heading into further trials and will slowly expand to other regions and eventually other countries, perhaps Senegal, Kenya and India.

Valérie and Rainer hope it will continue to show it's helping doctors and nurses make better decisions.

"You are not done just by saying 'Nobody takes antibiotics, we decrease resistance, and we are happy.' Yes, we do that, but at the same time we also have to improve the identification of the very few cases with children who really do need an antibiotic, and that is very challenging," says D'Acremont. 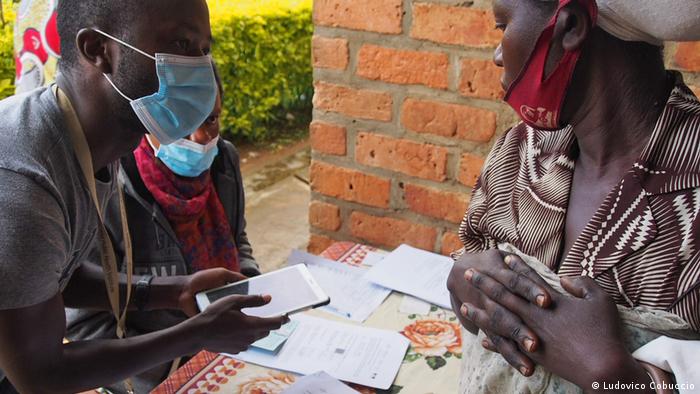 Research nurses in Rwanda, like Joseph Hbakurama (left), tried to get mothers involved in the project

But one question remains: Does it fix the root problem?

Kavishe says that some parents think antibiotics are a "magic medicine." He says viral infections are "self-limiting, so they go away after a while." And if a parent gets an antibiotic for their child's viral infection and it goes away, they sometimes think that it is because of the antibiotic, even though it did nothing to fight the virus, and they will expect to get antibiotics next time as well.

But if a doctor refuses to give them antibiotics, they often buy them over-the-counter in stores, even without a prescription.

"Often in local drug shops, people will sell antibiotics without a prescription. And that might be a gap in the tool, that it doesn't stop people buying a medication outside," Kavishe says. "But with the knowledge and advice we give during a consultation, we hope at some point these parents and caregivers will understand the implications of antibiotics and stop giving them unnecessarily."

DYNAMIC is a collaboration between the Centre for Primary Care and Public Health (Unisanté), University of Lausanne, the Swiss Tropical and Public Health Institute (Swiss TPH), and their partners in Tanzania and Rwanda. It is funded by Fondation Botnar, an organization that promotes the use of digital technologies in healthcare.

Deadly Bacteria - When antibiotics are outsmarted

When NASA's DART spacecraft crashes into the asteroid Dimorphos, it will be the first time we've deflected an object in space. It's a test to see how we'd defend Earth against asteroid impacts.