Antibiotic resistance: The threat is growing and the research is too slow | Science | In-depth reporting on science and technology | DW | 21.01.2020 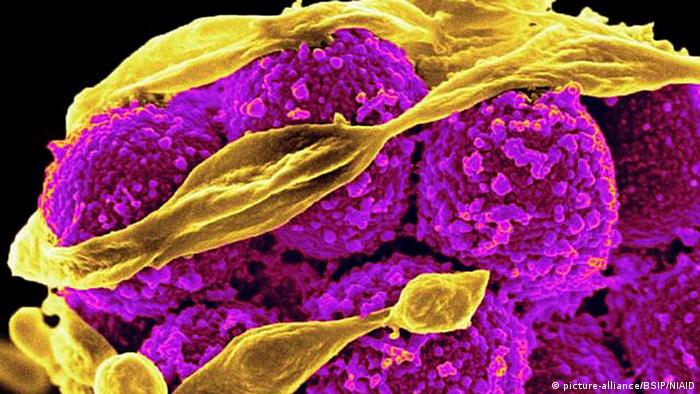 In the past year, there have been many reports of large pharmaceutical companies increasingly withdrawing from antibiotics development. This is due to the fact that investment costs for research and development (R&D) are high, while the products generate little profit.

But there is also good news according to the Access to Medicine Foundation's report "Antimicrobial Resistance Benchmark" (AMRB 2020): some stubborn companies are sticking with this important research.

In their report, the Access to Medicine Foundation — which works to ensure that suitable drugs are available to affected patients worldwide — draws mixed conclusions. The threat posed by antibiotic resistance calls for much greater attention to the problem, while at the same time, some companies have stepped up their research efforts. The companies listed in the report currently have 138 drugs and active ingredients in the development pipeline. 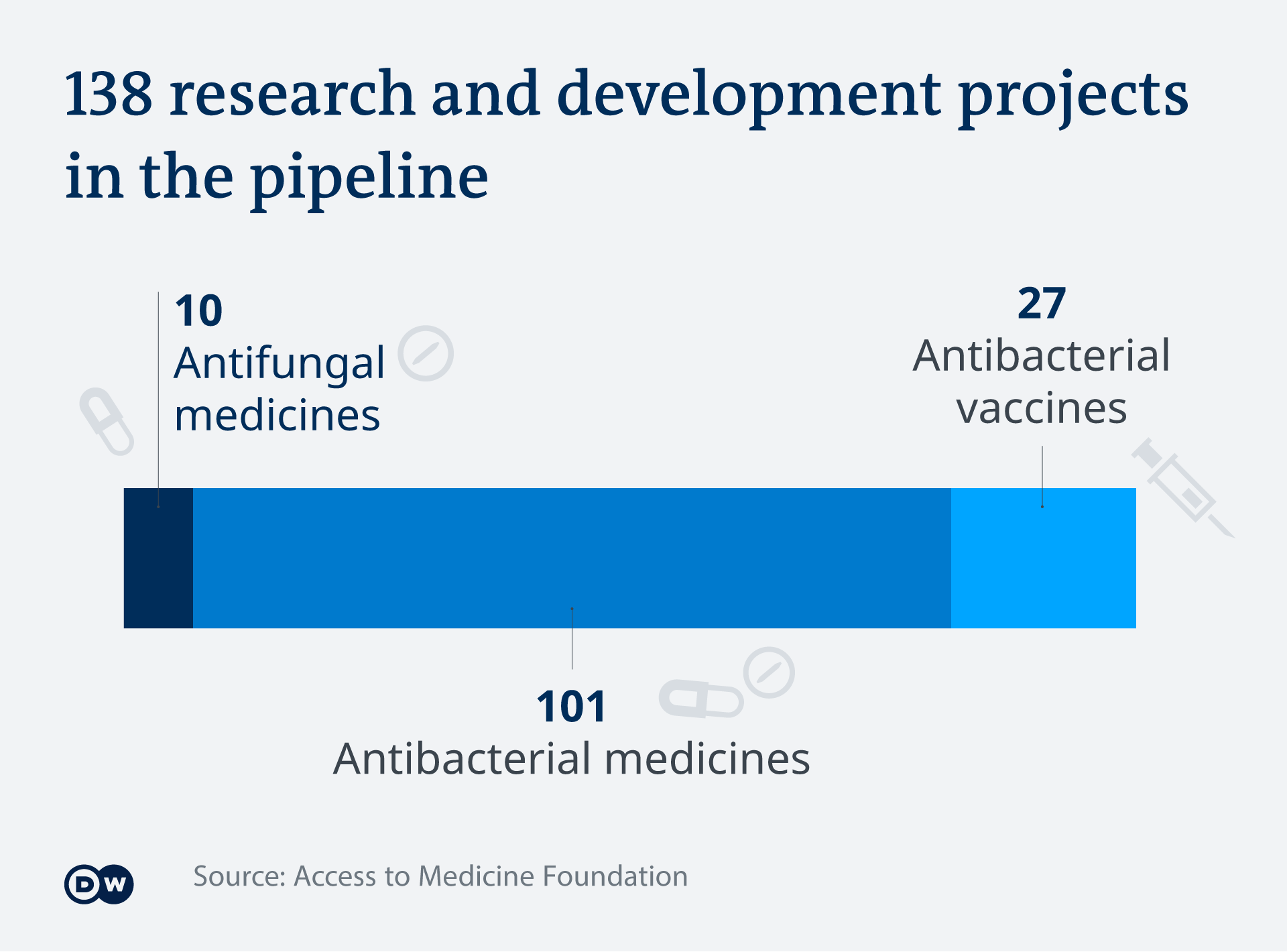 More could be done

Antibiotic resistance is still not being adequately addressed though. Approximately 700,000 people worldwide die from it every year.

Fortunately, some companies are expanding their efforts. Though relying only on them also carries risks.

"Antibiotics are still a main stay in human health," Jayasree K. Iyer, Director of the Access to Medicine Foundation told DW. "We need antibiotics, and we need vaccines, and we need them as fast as possible."

According to the AMRB 2020 report, the major pharmaceutical companies that are still developing novel antibiotics are GSK, Pfizer, Shionogi, Otsuka and Merck&Co.

Johnson & Johnson has confirmed to Norddeutscher Rundfunk (a public radio and television broadcaster based in Hamburg) that the company is no longer researching classic antibiotics. However, they are still working on antibacterial vaccinations.

"If companies that have invested a lot in research and development stop investing, we don’t have products that could combat resistance and we don’t have replacement products for those that are not effective anymore," said Iyer.

Currently, these and some smaller pharmaceutical companies have a total of 54 drugs in clinical development to fight fungal or bacterial infections. Of these, 51 are far enough along in the process that they are regarded as safe and are, or have been, tested in phase II studies on humans.

According to the report, however, this is still too little. 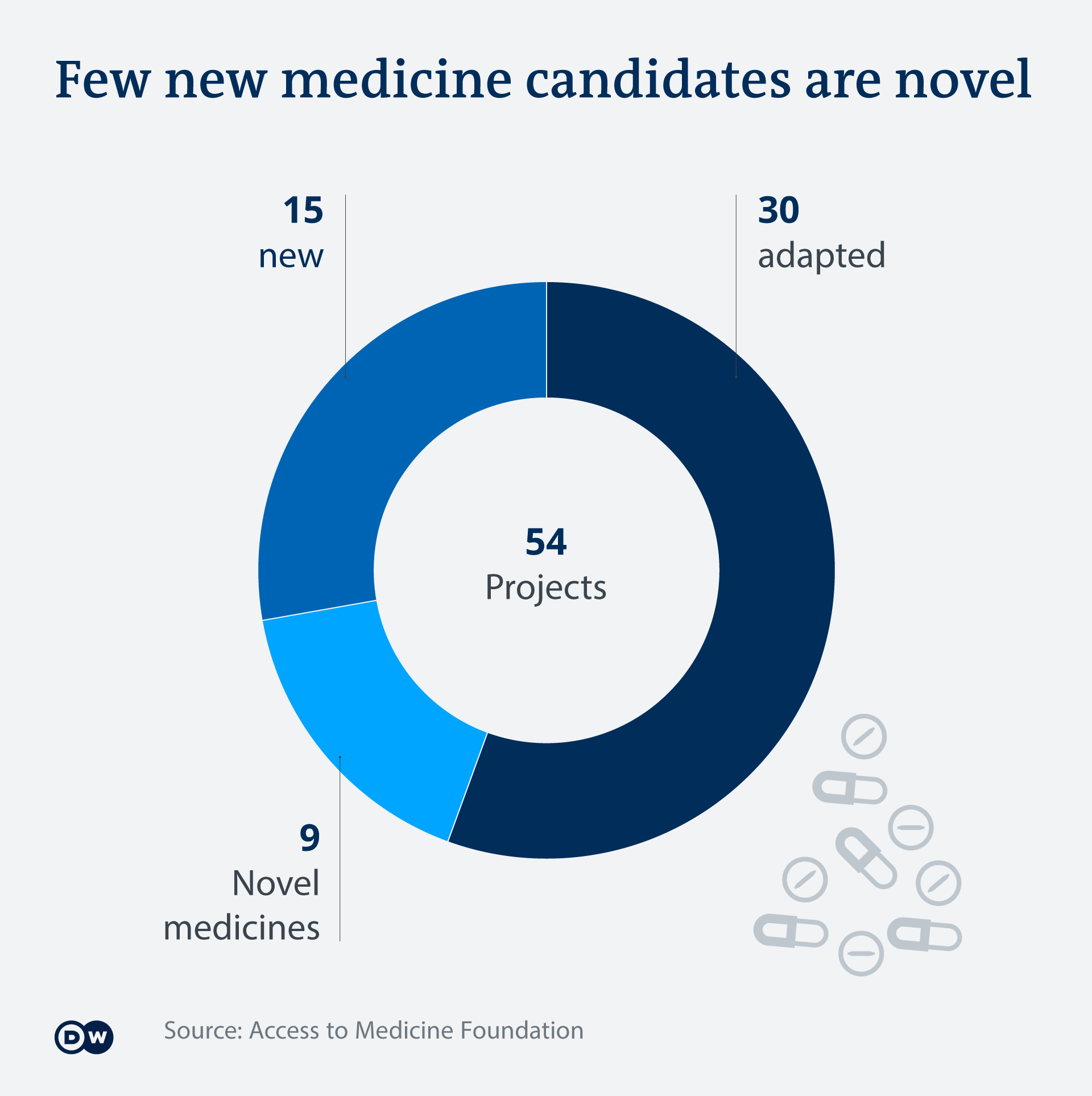 In the hands of the few

Similar to the situation in R&D, the production of antibiotics is facing diminishing interest. If too few companies are involved, the entire drug development and supply chain can be jeopardized, particularly in poorer regions of the world.

"The majority of the companies we’ve looked at are extremely big manufacturers," said Iyer. "Some of them are responsible for almost 200 products and they bring them all over the world. If they change course and don’t want to produce these antibiotics anymore, then people won’t have access to it here in Europe, and in low and middle income countries."

This danger also exists, by the way, if a company goes bankrupt.

The Access to Medicine Foundation has identified 102 countries in the world as having a problematic lack of access, many of them being low or middle-income nations. Better access to medicines is urgently needed in these places.

Only three of the 13 patented novel antibiotics included in the AMRB 2020 report are available in more than ten of these countries.

"Since even already established antibiotics are not available in countries with low and medium incomes, there is little chance that new antibiotics will reach the people who need them there," explained Iyer.

For example, manufacturers only supply 14 out of 30 established antibiotics to low-income countries.

"What we have been trying to do is make sure that companies take their responsibility about sales and promotion seriously by making sure there is no over-selling and over-prescription," said Iyer.

And that has obviously worked. More and more of them are raising awareness of the problem among doctors and healthcare professionals. Ten companies no longer pay premiums to their salespeople for higher sales figures or they no longer employ salespeople at all. Only five pharmaceutical companies adhered to this principle, as recently as 2018.

Some companies have started to share knowledge about resistance with clinicians and scientists. For example, Pfitzer has published the raw data from its in-house control program in a freely accessible register. 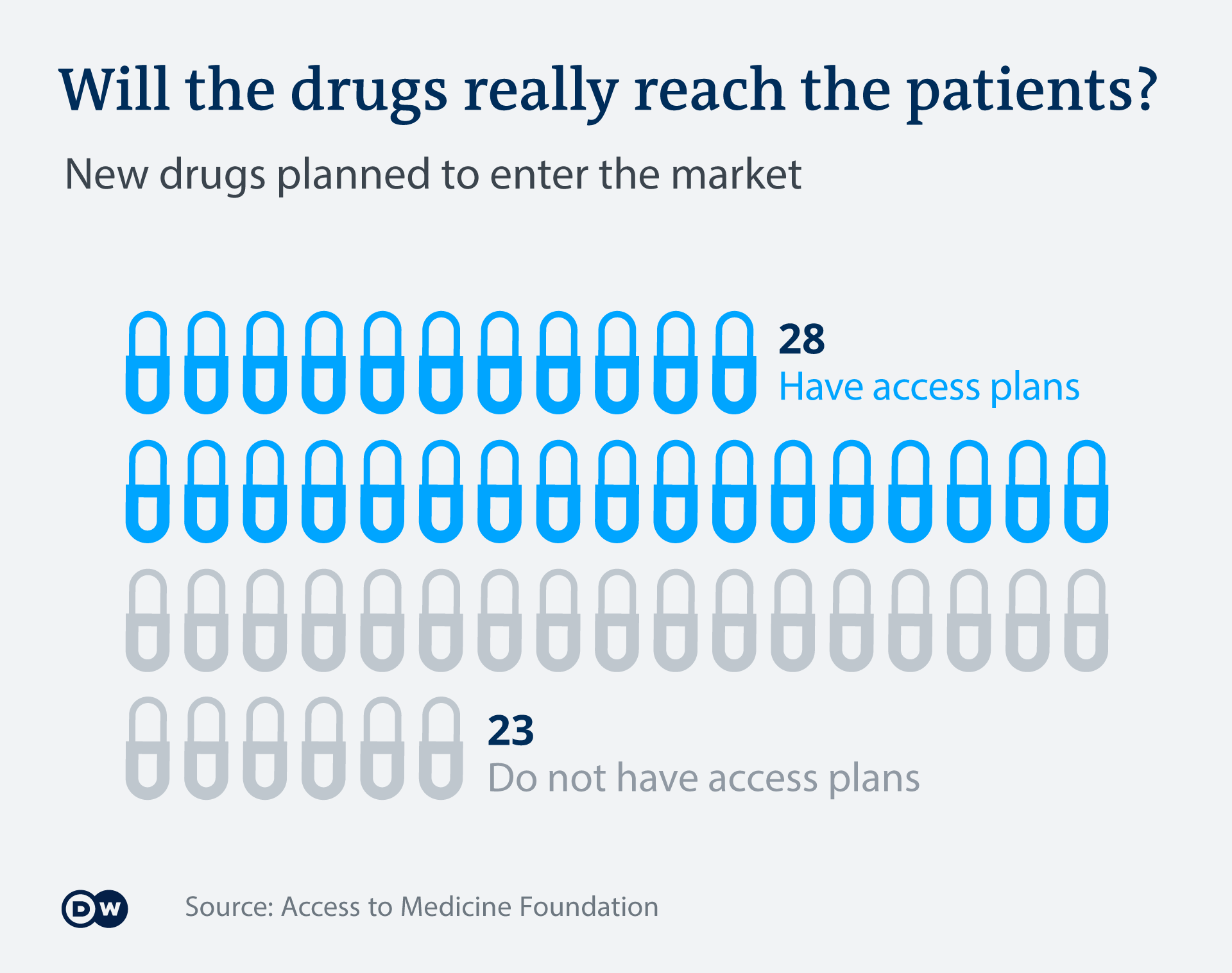 The introduction of new active substances into the market has also improved slightly over the last few years. For example, the pharmaceutical companies researching and producing new drugs have now drawn up market launch plans for as many as 55% of the 51 newly developed drugs that have been tested in phase II.

Despite this progress, Iyer remains skeptical.

"We have to understand that since resistance comes quite quickly and since these companies are not interested in antibiotic development, in the long runb if there is no economic potential, if there is no market potential, I think we are at risk that we cannot preserve what little [research and development] we have," she said.