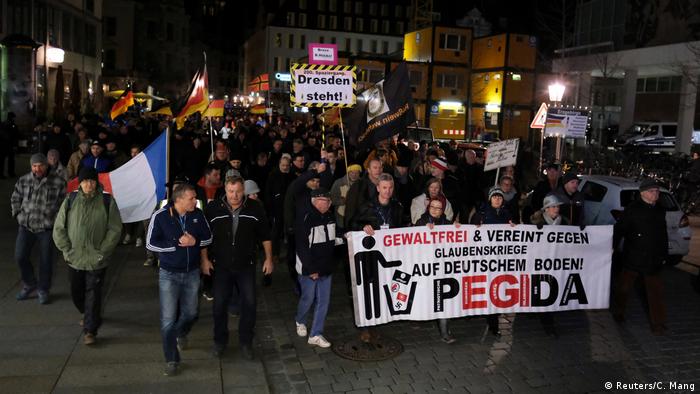 Thousands of people rallied in the eastern German city of Dresden on Monday to protest against Germany's anti-Islamic and xenophobic Pegida movement.

Pegida supporters, including Bjorn Hocke of the far-right party Alternative for Germany (AfD), gathered for the group's 200th demonstration in the city.

Hundreds of anti-Pegida demonstrators arrived in Neumarkt square, with posters carrying slogans such as "Red card for Nazis" and "Grandmas against the right."

Organizers of the counterrally said earlier on Monday that they had expected around 1,000 people to attend, but 90 minutes into the event, they estimated that 2,500 people had arrived, according to German news agency DPA.

Local media reported that Pegida leaders complained and threatened to cancel planned speeches due to the level of noise from counterprotesters.

The Pegida movement, created in 2014, is led by Lutz Bachmann,who has previously been convicted for incitement. 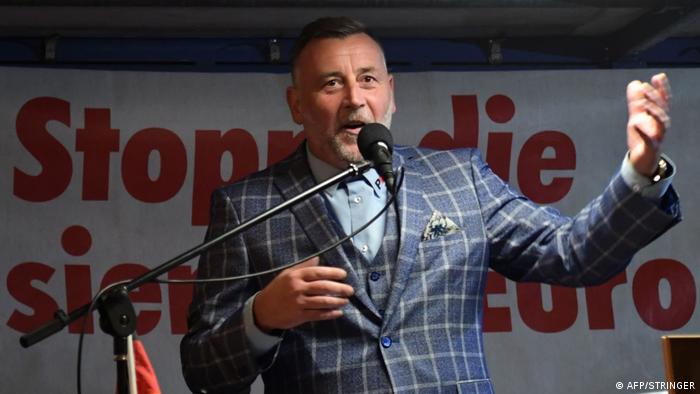 Lutz Bachmann, who has been convicted for incitement, created the Pegida movement in 2014.

As one of the AfD's most contentious figures, Hocke has been accused of using Nazi rhetoric in his speeches.

Pegida stands for "Patriotic Europeans against the Islamization of the West."

Local chapters of Chancellor Angela Merkel's Christian Democratic Union (CDU) and the liberal Free Democratic Party (FDP) in the state of Saxony called for a counterrally under the slogan "Democracy needs backbone."

Both parties have the support of Saxony's Association of Jewish Communities, the Catholic Church and the Protestant Church.

State premier Michael Kretschmer, and a number of his ministers, have offered their support in a private capacity. 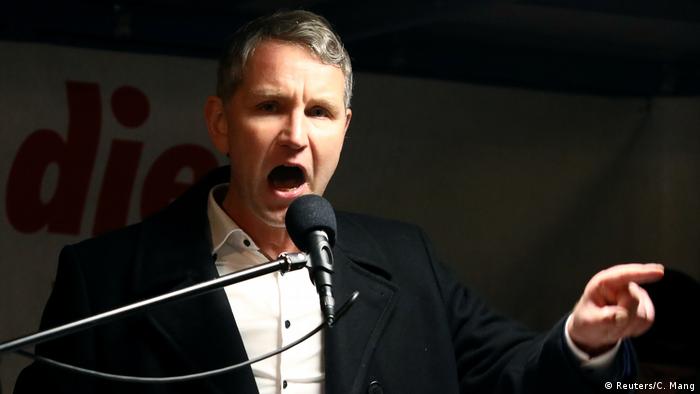 Bjorn Hocke has been accused of using Nazi rhetoric in his speeches.

AfD executive board member Alexander Wolf told the DPA news agency that Hocke's rally attendance was risky ahead of elections in the northern German city of Hamburg on Sunday.

"As legitimate as the issue may be, a demonstration does always hold risks because you cannot control who takes part," he said. 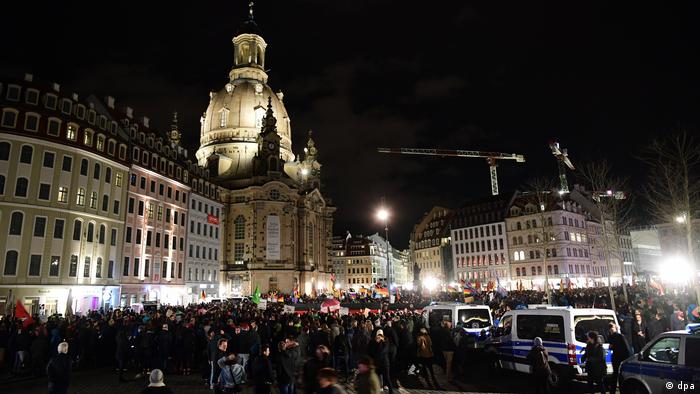 The Pegida movement has also had the support of Hocke in the past.  In 2016, he said in a speech that: "Without them, the AfD would not be where it is."

Pegida held its first rally in Dresden in October 2014, calling for an end to the "Merkel dictatorship" and protesting against Islam and refugees

During the movement's peak, tens of thousands of people participated in Pegida rallies.