The Berlin parliament has launched an inquiry to find out why Anis Amri was not caught before carrying out a murderous rampage. The Christmas market attacker was known to authorities, and had been followed before. 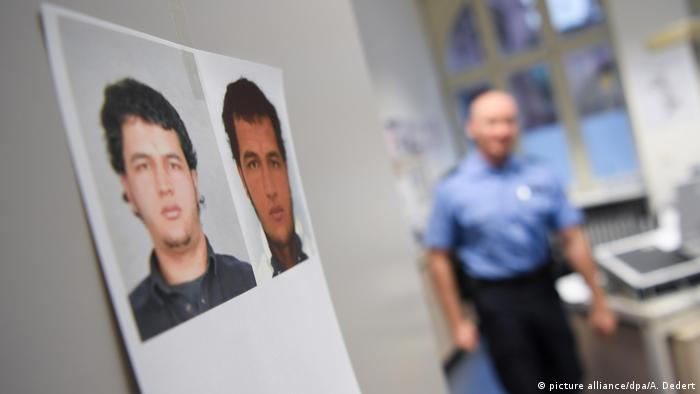 A Berlin state parliamentary committee met for the first time on Friday to begin an inquiry into the complicated case of Anis Amri, a Tunisian national and rejected asylum seeker who drove a truck into a Christmas market in the city last December. The attack left 12 people dead and 55 more injured, while Amri himself was killed by police in Italy four days later.

Revelations and suspicions raised in the seven months since the attack have left all kinds of questions unanswered: why was Amri not under watch by Berlin's security forces, even though a court order had already permitted this? Why was he not deported following his asylum rejection, even though he apparently had a valid Tunisian passport?

On Friday, the various factions in the cross-party inquiry - which is expected to last well over a year - finalized the list of witnesses they intend to invite to testify, and submitted their requests for files from the various security forces in question.

"We will get that evidence during the summer, which will bring up new questions," the Green party's Benedikt Lux told DW as he came out of the session. He added that the witnesses would include political leaders such as former Interior Minister Frank Henkel, police and special investigators involved in the case, as well as Emir Ismet D., chairman of the Islamist Fussilet mosque, which Amri visited, and which has since been banned. Ismet D. is currently in police custody. 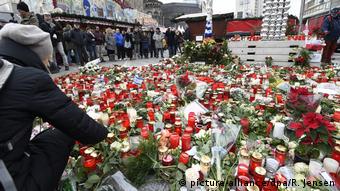 Twelve people were killed in the attack on December 19

An inquiry has already been set up in the western German state of North Rhine-Westphalia, where Amri lived and applied for asylum before the attack, and where he was also under surveillance for several months before dropping off police radar. But there are still plenty of questions in Berlin, where Amri is thought to have lived as of February 2016, and where he was also known to deal drugs.

"Where were mistakes made? And more than anything, how can the security authorities in Berlin improve?" said Lux. "Why did they just watch the drug dealer for so long, even though he could have been deported? And there's the question of why weren't all the cards laid on the table after the attack on December 19? There is evidence that things were kept back and hidden."

Amri's asylum application was rejected in June 2016. Though he received a one-month "tolerance status" on August 16, the deportation procedures were already in place, but were held up by uncertainty about Amri's actual identity. He had used at least 14 different aliases while applying for asylum or social benefits in various different immigration offices around the country since his arrival in July 2015, and had at different times claimed to be Egyptian and Lebanese. The Tunisian authorities refused to issue papers for Amri until all his hand prints had been provided, delaying matters further. Amri is known to have attended the Fussilet mosque, which has now been shut down

Hakan Tas, committee member for the Left party, said that, even before the inquiry, the security forces need to assess what basic changes need to be made in their structures and procedures "in the administration of the police authorities" to prevent something like this happening again.

In particular, Tas told DW, the Berlin authorities need to assess what lessons could have been learned from the similar terrorist attack that happened in Nice, France in July 2016, just six months before the Berlin attack. "Directly afterwards, we asked in different committees in the last legislative period whether the security measures had been adapted," he said. "The then-responsible ministers always answered the question with a yes, and that there were no concrete indications of an attack in Berlin."

Tas also underlined, as did Lux, that files had been destroyed by police after the attack - "So we know that some people in the police didn't work cleanly," said Tas. "That doesn't mean we don't trust the police, though."

The passport that disappeared

Compounding the string of bureaucratic problems, Die Welt newspaper reported earlier this week that Amri, who was known to have had contact with radical Islamist scenes in Germany, may at some point have had a Tunisian passport that could have been used to deport him.

According to Die Welt, Berlin state police recorded a phone call in April that year between Amri and a friend who said he had found Amri's passport in a mosque. "Take the pictures out of the passport and throw it away. I don't need it anymore," Amri was quoted as saying.

Citing unnamed sources, the newspaper said that Berlin police failed to transcribe and assess the phone call until later, and then failed to pass on the information about the passport either to NRW police, the immigration office, or to state prosecutors.

The paper's claims drew a reaction from politicians on Berlin's parliamentary committee this week. "If this information had been followed up, maybe he could have been deported earlier," said Marcel Luthe, of the Free Democratic Party (FDP). "That needs to be investigated."

"I think we certainly owe it to the relatives of those that died and were injured to completely investigate and clear up the events," said Tas.

German politicians have descended into a row over why the Berlin Christmas market attack was not prevented. Security forces are being pressed to explain why Anis Amri had not been detained earlier. (29.03.2017)