Anger mounts in Berlin district over asylum home | Germany| News and in-depth reporting from Berlin and beyond | DW | 22.08.2013

Finding homes for asylum applicants is an ongoing problem in Germany. A case in Berlin has now sparked protests and, with federal elections just three weeks away, attracted the attention of politicians. 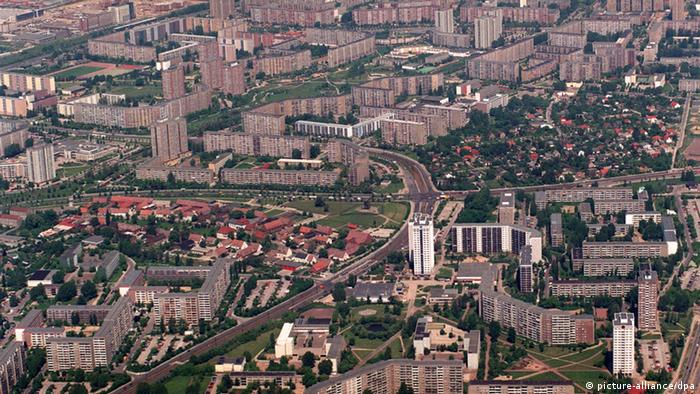 The number of asylum applicants in Germany is steadily on the rise. In the past year, some 65,000 people applied - a 41 percent increase compared to the previous year. In the first seven months of 2013, there already have been 53,000 people seeking help, with authorities estimating the overall number for the year might be double that figure.

And that means the country will need new space, and new homes, for asylum seekers.

Berlin Hellersdorf is a suburb with Soviet style apartment blocks and is considered a rough district. There is a large immigrant community here - including many eastern Europeans - and a large percentage is on social benefits. There are few places in Hellersdorf where people can get together; life seems to be locked between discount food stores, apartment blocks and wide roads. It's also a place known for problems with neo-Nazis. Violence on the streets is part of everyday life. 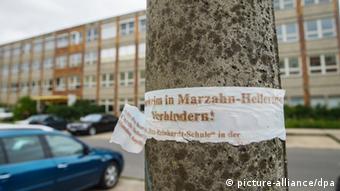 "Why would they set up an asylum home here? Why not in another part of town where people are better off?" one of the residents asks. Another bystander adds that "we have to live with very little money that we get from the government because we can't find work. And those asylum seekers get their money just like that? Why don't they move them to somewhere where people earn 5000 euros a month?"

In a school next to the new site, students and parents got a handout that very soon, separate classes will be starting for the children of the asylum families; however, contact and interaction with the local population is unlikely.

For weeks, there have been protests by some of the local residents against the new home. There have been meetings in community centers, and there's been a debate on social networks. But the people living here are not happy. "They are doing whatever they want," a disappointed man in his late 40s says. "And when I say something that they don't want to hear, they'll just turn down the microphone levels," a supporter of the right-wing Pro Deutschland party adds.

The situation has escalated over the past weeks and has gotten between the political fronts of the election campaigns in the run-up to the election on September 22. Earlier this week, the first 20 of the refugees arrived arrived at the new home. Green party politicians Renate Künast insisted in face of the protests that it wasn't the rising number of refugees that was the problem - but the targeted actions by right-wing extremists.

Right-wing parties have organized demonstrations, and leftist groups have staged counter protests. Representatives of Pro-Deutschland were up against members of the Left party and the Social Democrats. There was a massive police presence to keep the situation calm. From the actual neighbors, only very few were there, watching events from the sidelines. "We don't want to have anything to do with that theater, politicians won't help us anyway," one of the bystanders commented. Why doesn't our mayor come by for a visit to get an idea of the situation? He only shows up when champagne is being served, like at the fashion week." 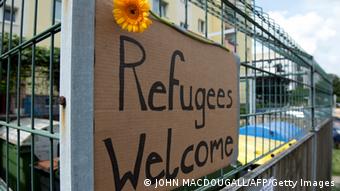 Mayor Wowereit has in the meantime said it was unbearable that right-wing populists were trying to stir up fear. He told the Berlin media that "all democrats would have to stand up to that: Berlin is an open city."

A woman from the Hellersdorf neighborhood with a Polish accent is worried the situation for foreigners could get even worse as a consequence of the tensions. "If you have an accent, right-wing extremists immediately think you're an asylum seeker and then they'll beat you up." A Pro-Deutschland supporter, who insists he's not actually an extremist, agrees with her. "My neighbor, she grew up German but her father is from Africa. She got beaten up a few days ago, just because she's got darker skin.

Many residents openly admit they would prefer not to have the asylum seekers in their part of town. Several also doubt that the refugees actually come from Syria and that they need help. "I read that they paid 7,000 euros to come here. I don't have that kind of money," says a woman who lives near the controversial site.

Conservative Christian Democrat Wolfgang Bosbach has now called for a crisis meeting of both national and regional authorities. There also should be more personnel and help for local communities. The concerns of the residents should be taken seriously, he warned.

The Berlin bishop of the protestant church, Markus Dröge, has called for dialogue between residents and refugees. "Wherever refugees actually had a chance to tell their stories, they were welcome."

The German capital has seen a third day of demonstrations over a new center for asylum seekers. The protests could bring the issue of immigration more to the fore as general elections loom. (21.08.2013)

Germany has pledged to take in 5,000 refugees from Syria. But they still haven’t arrived. Human rights organizations complain that the EU's refugee policy is marked by a lack of solidarity. (17.08.2013)

German musician Heinz Ratz felt asylum seekers in Germany weren't being treated fairly. So he found some of the best musicians among them and went on tour to raise awareness. Now the ensemble is part of a documentary. (16.08.2013)