The German Chancellor said the price of synthetic fuels would go down in the future as demand increased. German airline chiefs remained cautious about profit margins. 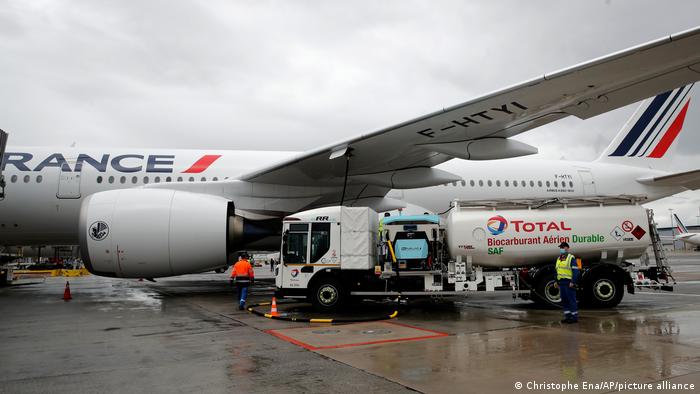 Synthetic fuels could reduce flying's carbon footprint, though at present, it would also have a major impact on ticket prices

Merkel cited synthetic fuel in particular as a key component of a "disruptive renewal" process required in the industry.

In response, Lufthansa chief executive Carsten Spohr asked for state help because synthetic fuels, generated using electricity, which itself needs stem from renewable sources in order for there to be a major environmental gain, currently cost 10 times more than standard fuel. 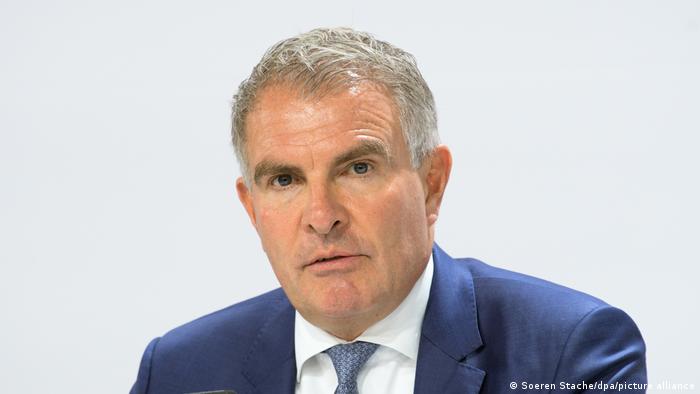 What did Angela Merkel say?

The outgoing German chancellor said the shift to renewable energy sources must be made "not at some point, but as rapidly as possible, because production cycles in the aviation industry are very long." A typical commercial airliner is likely to operate for a period of roughly three decades.

She made her appeal to airline industry chiefs to go green during the National Aviation Conference (NLK) on Friday at Berlin Brandenburg Airport Willy Brandt.

Merkel said that cost and capacity should not be an impediment to these changes, expressing hope prices would fall as synthetic fuels were developed and used more.

She gave the example of solar energy which she never thought would become profitable as environment minister but is now really taking off.

"We will manage that only in cooperation with the state," Lufthansa Chief Executive Carsten Spohr said of the shift to renewable fuels.

Spohr added he was adamant Lufthansa would pay back a €9 billion ($10.7 billion) coronavirus rescue package mainly provided by the German government before the September national elections.

Air travel is estimated to cause 2 to 3% of all climate change damage.