Lufthansa to repay government 'as quickly as possible'

Germany's largest airline has said it is on track to recovery as COVID-19 infection numbers drop. Demands for flights had increased more than tenfold in May, the group said. 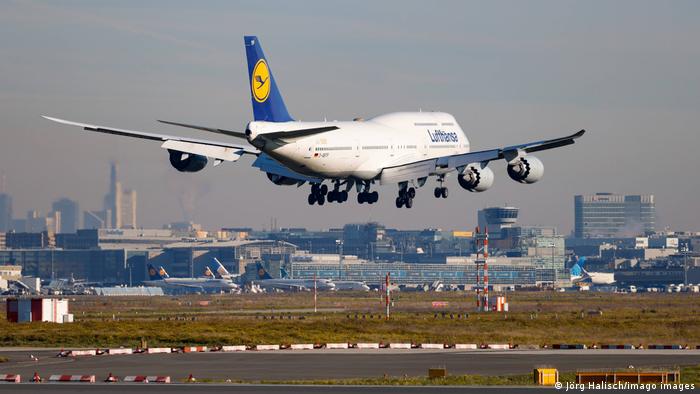 "When and how we can fully stand on our own two feet again also depends on how the pandemic develops," says Lufthansa

Germany's national carrier Lufthansa has said it wants to repay the government  "as quickly as possible" after it announced a record loss of €6.7 billion ($8 billion) in the COVID-19-stricken year of 2020.

The airline's CEO Harry Hohmeister on Tuesday told the newspapers of Germany's Funke media group that Lufthansa would rather finance itself again on the capital market.

Of the up to €9 billion made available in bridging loans by the state, Lufthansa has so far made use of around €2.3 billion of the total, and has already repaid €1 billion. The German government also acquired 20% of Lufthansa's shares for a reduced price of around €300 million as part of the arrangement.

Hohmeister, however, did not give a time frame for repayment of the remaining state aid.

"When and how we can fully stand on our own two feet again also depends on how the pandemic, and therefore demand, develops," he said.

Last summer, the German government had to rescue the group from insolvency.

"The federal government's stabilization package secured our solvency and gives us a strong perspective for the future," Hohmeister said, adding that the group was becoming more stable.

Lufthansa — one of Europe's largest airlines — has experienced a booking boom in recent weeks as people start seeking to arrange travel with the pandemic winding down.

"Booking numbers have been growing steadily for eight weeks, with a significant jump upwards last week. Those were the strongest seven days since April 2020," Hohmeister said. "For flights in July and August, demand is 10 to 11 times higher than four weeks ago."

On some routes, demand is even higher than before the coronavirus pandemic, according to Hohmeister.

During the coronavirus pandemic, Lufthansa had grounded hundreds of aircraft. Lufthansa therefore plans to plans to reactivate 30 to 50 additional aircraft in the next few weeks and "quickly offer sufficient seats."

The airline could also fly "with a jumbo on a route with high demand with 370 passengers instead of a short-haul aircraft with 180 guests,"  Hohmeister said.

Hohmeister also urged politicians to launch the digital COVID-19 vaccination passport by the end of June.

"Otherwise, the summer travel season will be very inconvenient for customers," he said.

European Union countries and the European Parliament recently on a Europe-wide certificate for those who could either prove vaccination against COVID-19 or demonstrate that they had recovered from it.

Hohmeister also said the airline was open to a recent proposal by Finance Minister Olaf Scholz, the SPD's candidate for chancellor in September's elections, to establish minimum prices for flights.

"If minimum prices mean that airlines have to cover their costs and are not allowed to charge fancy prices below the applicable taxes and fees, then that is legitimate," Hohmeister said.

In mid-May, Scholz told broadcaster ProSieben that Germany should take action against low-cost flying by setting a minimum price.

Lufthansa unfolds its wings on new winds of hope

Berlin and the German airline giant Lufthansa have agreed on a nine-billion-euro ($9.8 billion) rescue package. The deal is intended to help the airline cope with losses incurred by the effects of the COVID-19 pandemic.

Germany's largest airline has suffered another massive loss in the first quarter as the pandemic continues to cripple the travel branch.

EU plans to have vaccine certificates ready by summer

EU chief Ursula von der Leyen has announced the 'vaccine passports' amid concerns over a slow vaccine rollout and shortages. She also says the EU could stop vaccine exports if other countries do the same.