The chancellor said much has been achieved since the two Germanys were reunited in 1990. Ahead of German Unity Day, Angela Merkel called for equal living conditions between the east and the rest of the country. 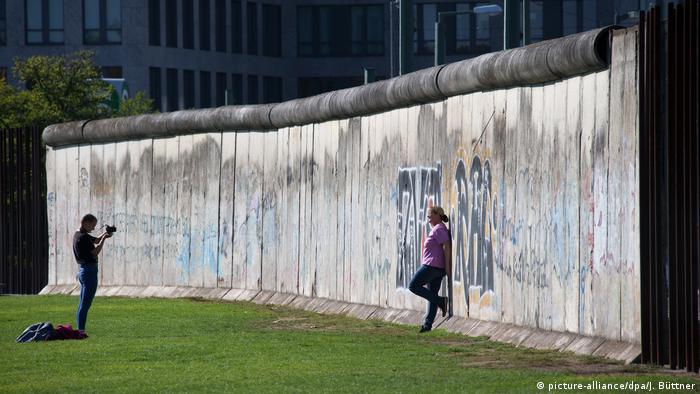 Chancellor Angela Merkel on Saturday said Germany had made significant progress since the fall of the Berlin Wall in 1989, but said differences between the former eastern and western states still needed to be evened out.

Merkel spoke of the urgency to create equal living conditions across the country because former East Germany still lags economically behind the rest of the country .

The economic power of East Germany was just 43% of West Germany's when reunification took place in 1990, though it has since risen to 75%, she noted in her weekly podcast.

This is "a great success," Merkel said, but "there is still a lot to do."

Speaking ahead of Germany's Unity Day on Thursday, the chancellor said her government was prioritizing the creation of equal living conditions in all parts of Germany, both in urban and rural areas. 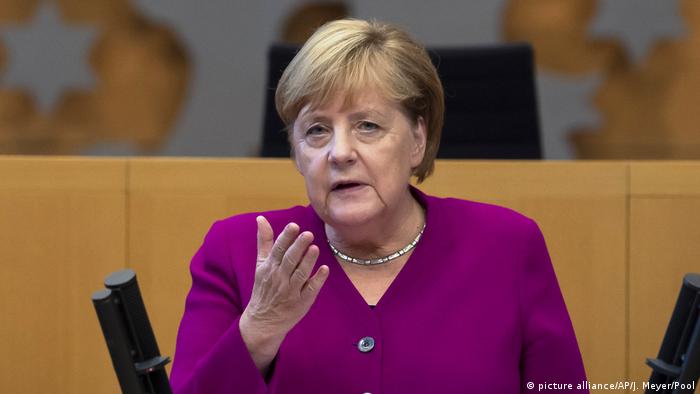 She also paid tribute to residents of the former GDR (East Germany) who in 1989 and beyond had "mustered much courage" to "make German unity a reality." She said such courage is needed again today.

"We have to make it possible for all citizens of the Federal Republic to contribute their experience, their knowledge and their life story so we can shape our future together," Merkel added.

In the aftermath of World War II, Germany was split in two, with the eastern states forced to adapt to life as a satellite of the Soviet Union, while West Germany was rebuilt under a democratic government.

The city of Berlin was split by a 155 kilometer (96 mile) concrete barrier that effectively turned its western parts into a West German exclave.

The country is preparing to mark three decades since the so-called Peaceful Revolution in the East led to the fall of the Berlin Wall in November 1989. Nearly a year later, on October 3, 1990, the two parts of Germany were officially reunified.

Construction of the Berlin Wall began on August 13, 1961 – the same year birth control was introduced in Germany. It was also the beginning of what would become one of the biggest names in music history: The Beatles. (13.08.2019)

Eastern Germany is rich in historical urban centers, and in the last 20 years, a lot of money has been invested in their restoration. Torgau is one place that has benefited, but the city also faces new challenges. (29.09.2010)

An East German refugee had applied for compensation after being traumatized during a hair-raising escape. He was trapped on a barbed wire fence when border guards found him. (24.07.2019)