A Mayan ruler was once thought to have been buried at the control center of a spaceship. Now, researchers have found that he's buried above a canal system, which would carry him down to the underworld. 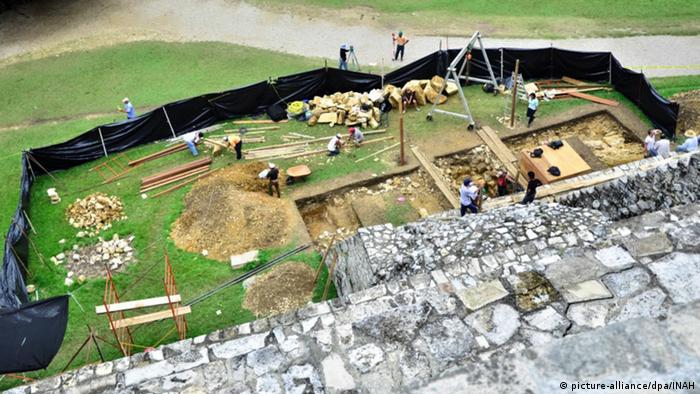 An underground water tunnel has been discovered beneath a pyramid containing the seventh-century tomb of a Mayan ruler in Palenque, Mexico, the National Anthropology and History Institute announced Monday.

The pyramid, a UNESCO World Heritage Site known as the Temple of Inscriptions, is home to the burial site of the ancient Mayan ruler Pakal "The Great." The tunnel, made of stone, is about two feet (60 centimeters) wide and tall.

Arnoldo Gonzalez, the director of archaeology in Palenque, said the tomb and pyramid were most likely built intentionally above a water source sometime between 683 and 702 AD. The canal under the tomb allowed water to flow out from the funeral chamber and into the path in front of the temple.

"There is this allegorical meaning for water (…) where the cycle of life begins and ends," said Pedro Sanchez Nava, the director of archaeology for the National Institute of Anthropology and History. He added that other ancient water tunnels have also been found, such as in Teotihuacan, near Mexico City.

A newly analyzed inscription found in the tomb indicates that the dead must be submerged in the water of the god Chaac in order to be accepted into the underworld. 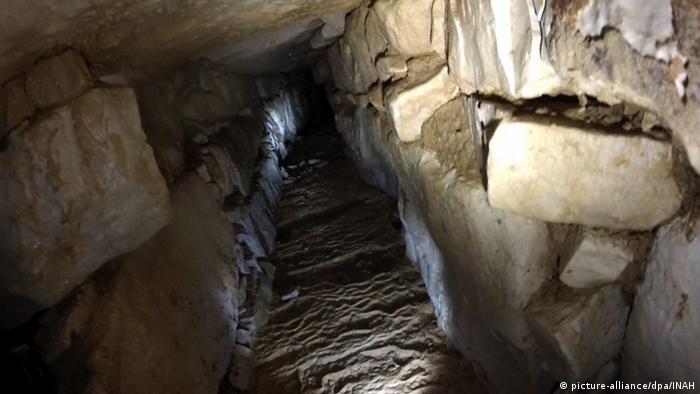 The tunnel was discoverd with sonar and explored with robots

In his 1968 book "Chariots of the Gods?" author Erich von Daniken had suggested that a number of ancient civilizations were given both technology and religion by astronauts, who were admired as gods. He proposed that the ruler Pakal was buried in a sarcophagus that resembled a spaceship, complete with a control panel and flames coming out the back.

While Daniken's book was slammed by critics as pseudo-science, Gonzales debunked the theory once again, saying the Mayan ruler didn't fly into space; he essentially went down the drain.

"There is nothing to do with spaceships," he added.

The archaeologist said it's also possible that the canals, which were discovered with sonar and explored using a camera-equipped robot, were part of a larger drainage or water supply system for the ancient Mayan people.

An ancient university in India and rock art in China are among the four new additions to UNESCO's World Heritage List. More additions are expected to come this week. (15.07.2016)

While no giants have been found, archaeologists have uncovered a Philistine cemetery in Israel. Hailed as an exceptional find, the 3,000-year-old bones and artifacts reveal how the people lived. (11.07.2016)