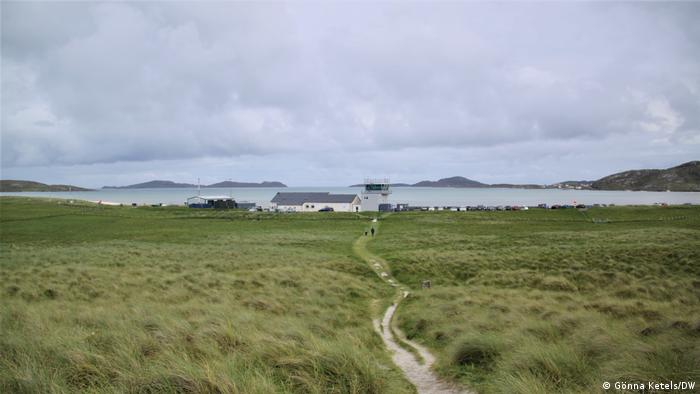 The airport on the Scottish island of Barra

Baggage chaos, long queues at check-in, and endless security procedures – travellers struggle with these problems at most of the world's airports at least in "normal" times beyond a pandemic. This is not the case in Barra, however. Things are a whole lot more sedate at this small Scottish island's airport, as the staff here only have around 8,000 passengers a year to process. The pilots, on the other hand, face a very specific challenge when flying into Barra, as the airport is on the beach; or more precisely, the beach is the airport.

Flight operations in time with the tides 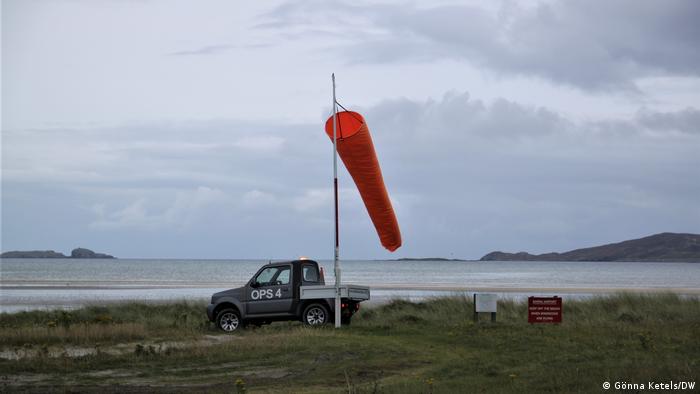 At low tide the windsocks are hoisted. Then it is forbidden to enter the beach.

When the tide is in, the three runways are completely flooded with water from the North Atlantic. As a result the time frame for flight operations is dictated by nature, as aircraft can only take off or land when the tide is out. At this time the windsocks are raised, which indicates that the beach is closed to walkers. A scheduled flight from Glasgow visits the island, which belongs to the Outer Hebrides, two or three times a day. Due to the special conditions, only small planes are in operation on the route. The landing approach is not easy – there are no signal lights or color markings, with only a couple of posts in the sand for guidance. There is also usually a strong wind to contend with. Landings can therefore take several attempts before they are successful. And if the landing is not achieved in time, then aircraft can be forced to return to their point of origin.

Fortunately, this did not happen to DW reporter Hendrik Welling. Nevertheless, he got a little weak in the knees approaching Barra in one of the small propeller planes. For the series "Europe to the Maxx" on the culture and lifestyle magazine "Euromaxx", he set out to explore this unique airport. He was even allowed to take a look inside the tower, the command center. How do you maintain a runway that spends half the time under water? The answer to this question and other interesting insights can be found in the video. 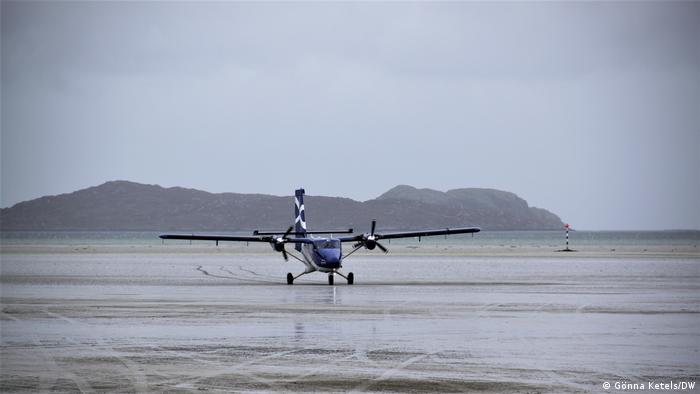 The moment many plane-spotters wait for: a Twin Otter DHC-6-400 landing on the beach

The unusual airport experiences around 1,400 take-offs and landings a year. Most passengers are locals, but Barra is also attracting an increasing number of tourists and plane-spotters. As soon as the tide goes out, they start waiting for the perfect shot: that moment when a small aircraft touches down on the wet sand. And even many experienced pilots want to land an aircraft at Barra at least once in their career. Where else do they get to take a stroll on the beach right after touchdown?

Getting there: Barra Airport is only served by Glasgow, although the outward journey is also possible by ferry from Oban on the Scottish mainland.

Special Tip: Kisimul Castle in the south of the island is worth a visit. This 15th-century castle is situated on a rocky island in the sea, and can only be reached by boat.