Amnesty International has released its annual report on the use of capital punishment worldwide, naming China, Iran, Iraq, Saudi Arabia and the U.S. as the countries with the highest number of executions. 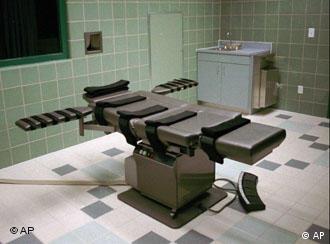 In its latest report on the use of the death penalty worldwide, Amnesty International says at least 714 people were executed in 18 countries last year, and some 2,000 people were handed death sentences in 56 countries.

However, Amnesty says these figures show a welcome move towards the abolition of the death penalty worldwide.

But the report does not specify the number of executions in China, which Amnesty believes to be in the thousands.

The report claims that more people are put to death in China than in the rest of the world altogether, and that the statistics made public by the country "grossly under-represent" the actual numbers.

Information on the death penalty is a state secret in China, but authorities say that fewer executions are taking place. Last year, China's highest court called for the death penalty to be used less often and to be reserved only for the most serious offences. 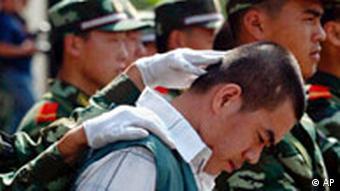 Information on the death penalty is a state secret in China

Claudio Cordone, Amnesty International's Interim Secretary General, told Deutsche Welle that he finds it hard to understand why the government is reluctant to share information about numbers if fewer executions are taking place.

"We think that the government should engage in this discussion so that people can operate on the basis of facts and not rumors," said Cordone. "This is an opportunity for the Chinese government to represent the facts."

Political use of executions

Amnesty's report says capital punishment was used extensively last year for political means and to silence opposition. Here it points not only to China, but also to Sudan and Iran.

One particular case highlighted by Amnesty was the eight-week period between the Iranian presidential election last June and the inauguration of Mahmoud Ahmadinejad for his second term as president in August, during which 112 people were executed by the state amid widespread protests by the opposition.

As for Europe, there were no executions recorded in 2009, but just this month two prisoners were put to death in Belarus. 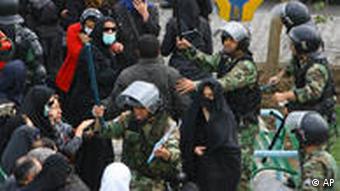 112 people were executed in Iran during opposition protests

European parliamentarians protested against the executions in Belarus, saying there was "no place" for the death penalty in the continent.

"I think in Europe it is both a matter of human rights and an understanding that the answer to crime is not the death penalty," Cordone told Deutsche Welle.

Cordone said the purpose of Amnesty's annual report is to send a message of commitment to providing accurate information about the death penalty and its abolition. He expressed the hope that capital punishment will one day be seen as an unacceptable practice in the same way as slavery or torture are now.

"We understand the suffering of victims of crime, but we don't think being brutal to the accused helps the situation," said Cordone.

The death penalty: A question of human rights

More than 1,000 human rights activists from over 100 countries have gathered in Geneva for the world congress against the death penalty. They can look back on a long history of the struggle for its abolition. (24.02.2010)

Andrei Zhuk and Vasily Yuzepchuk were sentenced to death last year for murder. Human rights watchdog Amnesty International said in a statement that they were executed last week. (23.03.2010)

The European Union said that the execution of 29 convicted criminals in Iran was an "affront to human dignity." The bloc called on Tehran to put an end to capital punishment. (29.07.2008)