Amnesty: Merkel should speak up for human rights in Turkey

Amnesty International has called on the German chancellor to address Turkey's human rights record on her trip to the country. The group also criticized a planned EU deal with Ankara to stem mass migration to Europe. 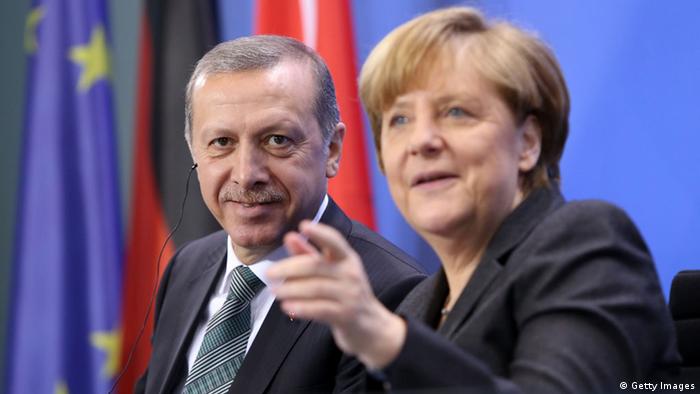 Amnesty International (AI) on Saturday called on German Chancellor Angela Merkel to directly address the issue of human rights during her upcoming visit to Turkey.

The human rights group also criticized the EU's proposal of financial aid and concessions to Turkey to contain the mass movement of asylum seekers to Europe.

"Angela Merkel must insist that Turkey cleans up its act before treating it as a reliable partner in the EU's border management," said Andrew Gardner, Amnesty International's Turkey researcher.

"Talks between the EU and Turkey... risk putting the rights of refugees a distant second behind border control measures designed to prevent refugees from reaching the EU," Gardner argued.

AI also noted flaws in Turkey's human rights record, saying Merkel should not remain silent on the matter in talks with Turkish leaders.

"Again and again government critics are brought before court on trumped-up charges, and peaceful demonstrators are beaten up by the police," said Selmin Caliskan, general secretary of Amnesty International's German branch.

In a statement released on Saturday, Amnesty called on the EU to look for ways to provide safe routes for refugees trying to reach Europe. The organization said it had documented a number of cases in which Turkey had forcibly returned refugees to Syria and Iraq after they had tried to reach the EU.

Ahead of her visit to Turkey on Sunday and her meeting with Turkish President Recep Tayyip Erdogan, Merkel stated that her intention was to address the refugee crisis, the fight against terrorism and the civil war in Syria.

She defended her trip to Turkey, saying that "Europe cannot protect its external borders alone if we do not forge a deal with Turkey."

Erdogan 'not the solution but the cause'

Earlier, the leader of the opposition Green Party, Cem Özdemir, had questioned her motives for the trip so soon before the Turkish parliamentary elections on November 1.

"Erdogan is not the solution to the problems. Rather, Erdogan is the personified reason for people to flee by virtue of the politics for which he stands," Özdemir said.

Özdemir also called upon the chancellor to meet opposition politicians during her trip to Turkey, and not just the country's rulers.

Merkel is scheduled to hold talks with both Erdogan and Prime Minister Ahmet Davutoglu.

Was the massacre of Armenians 100 years ago genocide? The German parliament is hesitant to say it was. Is this because they don't want to anger Turkish President Recep Tayyip Erdogan? (16.10.2015)

Turkey's President Recep Tayyip Erdogan has criticized an EU offer of financial help to ease the migrant crisis. The foreign minister said that an action plan agreed in Brussels was merely a draft and not final. (16.10.2015)

Alexei Navalny detained after landing in Moscow 4h ago