Was the massacre of Armenians 100 years ago genocide? The German parliament is hesitant to say it was. Is this because they don't want to anger Turkish President Recep Tayyip Erdogan? 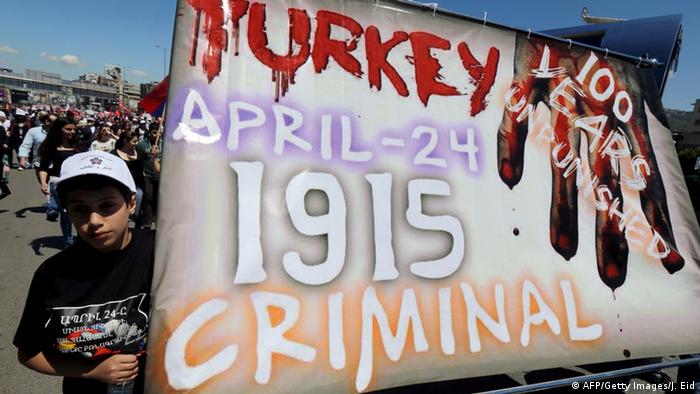 That would be really be a serious case of political pragmatism: according to advance reports from this Saturday's edition of the Hamburg-based news magazine, "Der Spiegel" (17/10/2015), the German government is going out of its way to win over Turkey. The report says that the approval of the Armenian Resolution that was so hotly debated this April in parliament will be postponed. It claims that the governing Christian Democratic Union (CDU), Christian Social Union (CSU) and Social Democratic Party (SDP) have "quietly" agreed to delay the pending final reading of the bill for as long as possible. The article does not name sources.

Other sources claim that the resolution has been delayed due to efforts by the CDU. The opposition Green party insists that the parliament, or Bundestag, must recognize the massacre of Armenians one century ago as "genocide" before the end of this year. Green party leader Cem Özdemir criticized: "The coalition is stalling, but the clock is running out, for the commemorative year is quickly coming to an end."

Gauck and Lammert speak out clearly

In April, parliamentarians observed the 100th anniversary of the displacement and annihilation of Armenians at the hands of their Ottoman rulers. According to Armenian accounts, some 1.5 million members of the Armenian minority community were killed in what is today Turkey, between April 1915 and 1917. Turkey on the other hand, says that 300,000 to 500,000 Armenians were killed, and that just as many Turks died during the same period. Ankara speaks of an atmosphere of civil war and of famine. 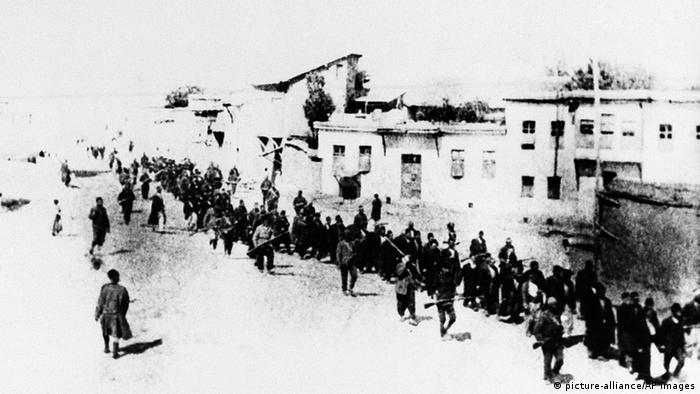 Nothing infuriates Turkish President Recep Tayyip Erdogan more than when the term "genocide" is used in this context. The resolution of the Bundestag avoids any clear classifications of it. Bundestag President Norbert Lammert (CDU), and Federal President Joachim Gauck, on the other hand, did not mince words on the subject. Both gave speeches this year clearly defining the historical incident as genocide carried out on the Armenians by the Turks. Both instances led to angry reactions in Turkey. "The Turkish people will not forget German President Gauck's words, nor will they forgive him," was the response that Ankara's foreign office released after Gauck's speech in the cathedral of Berlin in April.

One thing is clear at the moment though, the German government needs Turkey in tackling the refugee crisis. Turkey is an important - right now the most important - transit country for refugees from the Middle East who hope to reach Europe, and especially Germany. Currently, two million refugees are in Turkey. Chancellor Angela Merkel wants to get President Erdogan to cooperate more closely with the EU than he has until now. The chancellor will fly to Turkey this Sunday to that end. 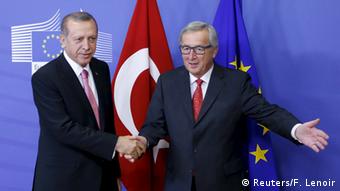 Merkel is thus meeting the Turkish president under difficult circumstances. A Turkish-EU action plan agreed to this week in Brussels stipulates that Turkey will improve the registration and care of refugees in exchange for EU cash.

Announcements of Merkel's trip led to mixed reactions in Berlin: A general election is being held in Turkey on November 1. This spring, Erdogan's governing conservative Islamic party AKP lost its absolute majority, and is now hoping to recover it. Germany's opposition Green and Left parties fear that Merkel's trip could unwittingly turn into an electoral boost for the president.