Amidst Turkish-German row, increased focus on Ankara′s teachers | Germany | News and in-depth reporting from Berlin and beyond | DW | 04.04.2017

For decades, Turkey has been sending teachers to Germany to teach Turkish to the children of immigrants. But now, many are questioning whether they’re spreading Turkish government propaganda. Naomi Conrad reports. 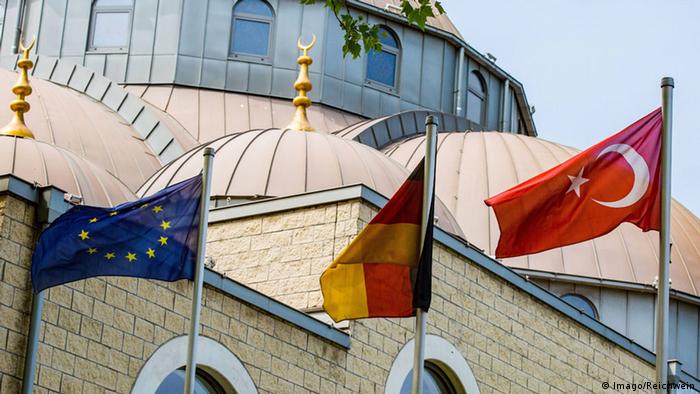 As a child, one German of Turkish descent recalls traipsing to his weekly Turkish classes, which, he says, tried to "inculcate" the pupils with the glory of the Turkish Republic and its fight against the evil West during the First World War.

He was one of thousands of children of Turkish - and indeed Portuguese, Serbian or Greek - descent whose parents opted to send them to free classes run by teachers sent and paid for by their respective countries of origin.

Read: What you need to know about the German-Turkish row

The practice was set up more than four decades ago, when hundreds of thousands of so-called "guest workers" from Southern Europe and Turkey arrived in Germany to find work in its booming post-war economy. They and their families would, authorities believed, return home at some point in the future - and the language and culture classes would equip their offspring with the necessary skills to adapt back home.

Classes set up four decades ago

In the end, many opted to stay, but the classes have continued in several German states ever since, often in government schools. The sole responsibility for the free classes, however, lies with the respective countries' consulates, which draw up the curricula, select the teachers and pay their salaries. And, given that many teachers speak little German, interaction with their German counterparts tends to be limited.

For a long time, no one seemed to care that Turkish officials set the curricula of the classes which thousands of children in Germany, many of them now German citizens, attended each week with no supervision from German authorities or schools. 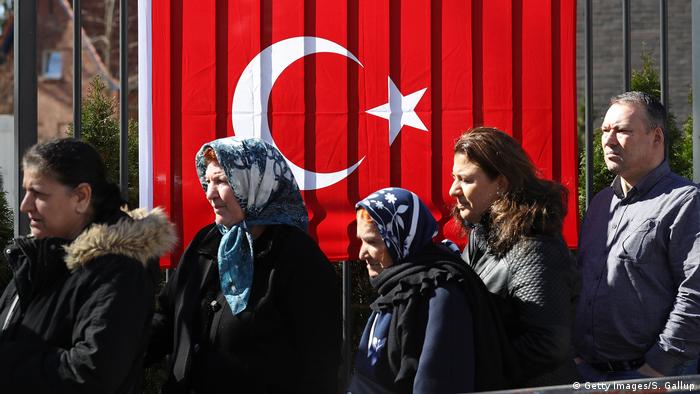 But with Turkish-German relations spiraling towards an all-time low in recent months, politicians across the board have begun calling for increased scrutiny.

Click here for our dedicated site on German-Turkish relations

"The problem is that we just don't know what's happening in these classes," said Hildegard Bentele, a politician with Chancellor Angela Merkel's conservative Christian Democrats (CDU), who acts as the party's spokeswoman for education policy in Berlin. It was time, she told DW, to take a more critical look at the classes and, in the long-run, replace them with state-funded and supervised courses, "because of worrying developments in Turkey which may be transported to Germany and into our schools."

Relations between Germany and Turkey have been souring in recent months, especially since last July's failed coup attempt, which triggered a large-scale crackdown on alleged conspirators and anyone perceived to be opposed to President Recep Tayyip Erdogan's rule, of which German officials have been highly critical.

The row - which has spilled over into Germany, creating an ever deepening rift between Erdogan's supporters and his opponents - escalated after Berlin blocked campaign events by Turkish ministers earlier this month ahead of a referendum vote to boost the president's powers. Erdogan, in turn, accused Germany of using "Nazi" methods.

To make matters worse, Ankara has jailed a German journalist who holds a Turkish passport - and it has emerged that imams in mosques with links to Ankara, as well as Turkish secret agents, may have been spying on opponents and even politicians in Germany.

And now, many fear, Erdogan's nationalist agenda may be making its way into German classrooms. The Federation of German Teachers (GEW) has been sounding alarm bells that the curriculum is becoming increasingly nationalist and also religious.

But, Matthias Schneider, a spokesman for GEW concedes, it's hard to tell for sure, because no one is actually monitoring the classes. "We've had some complaints, but we just don't know what's going on.''

'Pretty sure they're loyal to Erdogan'

After all, critics agree that Ankara is unlikely to send any teachers who oppose Erdogan's increasingly nationalist worldview, given the wide-spread purges among critics, including in schools and universities in Turkey.

And politician Bentele, for one, points to the eight new teachers who will take up their jobs in Berlin this year: "I'm pretty sure they're going to be loyal to Erdogan," she said.

Meanwhile, some Turkish-language teachers employed by the German government in the state of North Rhine-Westphalia fear that parents may pull their children out of the regular Turkish classes, as they perceive their state-sanctioned curricula as not being pro-Erdogan enough, GEW's Sebastian Krebs told DW. The dilemma further cements the ever-deepening rift between those in Germany supporting and opposing the regime in Ankara.

But it's a claim that Ayfter Yücetas vehemently refutes. On the phone to DW, Yücetas, herself a teacher who coordinates the 55 teachers operating in Berlin, expressed her frustration and anger at what she calls the "misrepresentation" of the classes by politicians and the media: "That's got absolutely nothing to do with reality," she said angrily, referring to recent headlines such as "Erdogan in the classroom."

"Look," she added, "of course I have my own political views, but I don't carry them into my classroom." And, she added, "we have absolutely nothing to hide."

At the time of publication, a request filed to the Turkish consulate to visit one of the language classes was still pending.

Prosecutors in Germany are reportedly investigating one of the highest officials of the Turkish religious authority Diyanet. The inquiry comes amid worsening relations between Berlin and Ankara. (01.04.2017)