Prosecutors in Germany are reportedly investigating one of the highest officials of the Turkish religious authority Diyanet. The inquiry comes amid worsening relations between Berlin and Ankara. 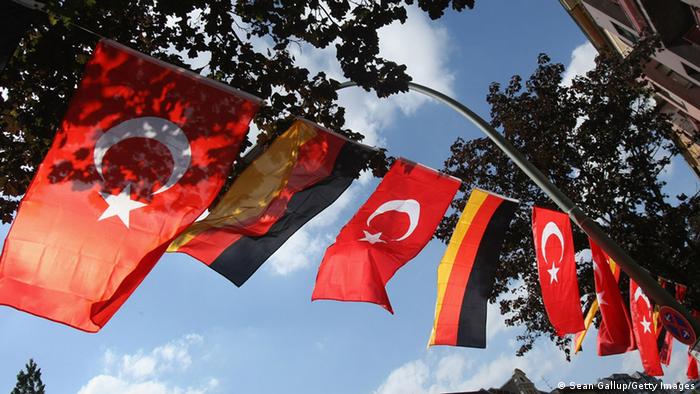 A network of German media including the "Süddeutscher Zeitung," NDR and WDR reported late on Friday that the head of Diyanet's foreign relations department, Halife Keskin, allegedly called on Turkish diplomatic missions around the globe to gather information on the group of followers of controversial Islamic preacher Fethullah Gulen.

Gulen supporters are held responsible by the Turkish government for the failed coup attempt of July 2016.

According to German investigators, the material containing the request from Diyanet was handed to Karlsruhe authorities by an insider.

The Federal Prosecutor's Office confirmed investigations for espionage a few days ago, with the spy allegations against Diyanet-commissioned imams already known.

A list of 300 names of alleged Gulen supporters and contacts was also handed over to Germany's intelligence service by the Turkish intelligence agency MIT in February.

In Saturday's edition of the Süddeutsche Zeitung, Müntefering criticized the German authorities' handling of the list.

"I would have expected more sensitivity," she said, noting that she had been informed about her name on Monday. "Parliament has a claim to know what and how this has happened," she said.

Following the revelations, Foreign Minister Sigmar Gabriel said the German government "cannot tolerate" Turkey spying on members of Germany's parliament, adding that it is now up to federal prosecutors to determine whether this is the case.

The investigation into alleged espionage is just the latest incident to put already-strained German-Turkish ties under yet more pressure. Relations first took a turn for the worse last year when Germany officially declared the atrocities of the Ottoman Empire against Armenians in the First World War a "genocide.

Read more: What you need to know about the Turkish-German row

Ankara also hit back at Berlin with comparisons to Nazis earlier this month after several Turkish politicians were prevented from addressing German-Turks ahead of Turkey's April 16 referendum which would extend President Recep Tayyip Erdogan's powers.