America indifferent to pope-patriarch meeting | World| Breaking news and perspectives from around the globe | DW | 12.02.2016

The meeting between Pope Francis and Russian-Orthodox Patriarch Kyrill in Cuba has been largely ignored by Protestant Christians in the US, despite its nearby location. 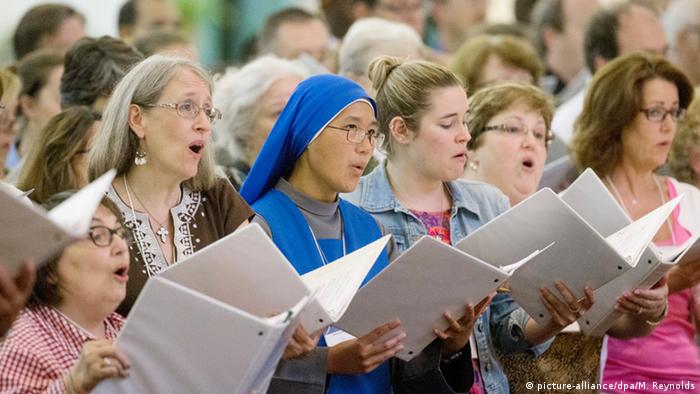 A meeting between Pope Francis and the top bishop in Russian Orthodoxy, Patriarch Kyrill, taking place in Cuba on Friday has American Christians looking on with a skeptical eye. Mainly that's for political reasons: the head of the largest Orthodox church has often been seen as an extension of Russia's authoritarian regime.

Is Kyrill an imperialist?

To some, Pope Francis's meeting with the Patriarch of Moscow could be seen as support for the Kremlin. Likewise, Christian critics in the US have argued that Catholics as well as the Orthodox churches are on principle quite reticent about ecumenical dialogue. A coming together of the two churches, which still hold fast to the dogma from the first centuries after Christ, could be seen as a distancing from the Church that developed after Martin Luther. Those include Protestants, Evangelicals, Lutherans or Free Church congregations and make up, as non-Catholics and non-Orthodox, the majority of the more than 225 million Christians living in the USA. 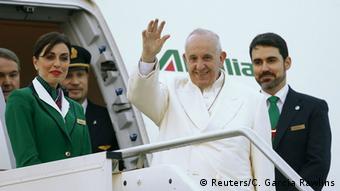 Pope Francis waving as he heads to Cuba

Skepticism, therefore, around the church summit in Cuba exists. But loud public critiques of the meeting are something most evangelical and protestant theologians have shied away from.

'We don't recognize their bishops'

Stanley Lemons of Rhode Island College believes it to be a good thing that Pope Francis and Patriarch Kyrill are coming together for several hours to discuss the plight of Christians in the Middle East. He's of the opinion that anything that brings about unity in the church can only be positive. Still, his First Baptist Church doesn't have much to do with the summit in Cuba. Baptists maintain a different structure within their church, with no patriarch and no pope. "We have a different political belief system; we don't recognize their bishops. By us, every person can only speak for him- or herself.”

Kathryn Kleinhans of the Lutherans at Wartburg College in Iowa is reminded of the story of how Martin Luther sought shelter at the Orthodox church after being ex-communicated by the Vatican in the 16th century. In the decades following, the reformer even went so far as to have his "Augsburg Confession" translated into English and sent to the Orthodox patriarch in Constantinople.

A gay bishop ushers in an Episcopalian Ice Age

And today? Kleinhans refers back to the ecumenical relationship that Lutherans as well as Catholics maintain with the Orthodox Church. "It's good when our representatives speak directly with each other."

Professor Tom Ferguson, dean at the Bexley Seabury Seminary for Episcopal Priests, recalls the strong ecumenical contacts that Episcopalians in the US with those in the Russian Orthodox Church had been. That relationship, however, was but on ice in 2003, when an openly gay bishop was anointed by the Episcopal Church.

What in other parts of the world is seen as a historical meeting, is receiving very little attention in reformed US Christianity.

"In the end," said Ferguson, "most Evangelicals or Anglicans in the US aren't even aware this meeting is taking place."

Opinion: History to be written in Havana

The simultaneous announcements in Rome and Moscow were a sensation: The meeting between the Pope and the Patriarch will go down in history, says Christoph Strack. (06.02.2016)