The one-day United Nations Climate Summit wrapped up in New York. They were held to lead up to meetings in Lima and Paris. UN climate expert Koko Warner explains the results - and what needs to happen next. 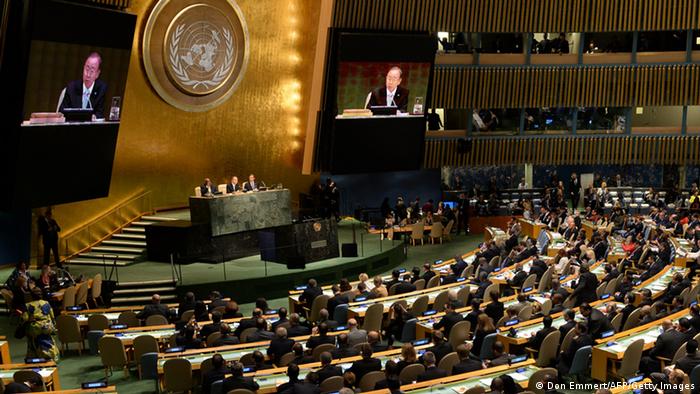 DW: You were at the climate summit in New York on Tuesday (23.09.2014), which was supposed to prepare climate negotiations scheduled for later this year in Lima, Peru, and then in Paris next year. What's the result of the summit?

Koko Warner: Some of the top-line initiatives that were launched and discussed were a mayor's compact to reduce emissions by up to 16 percent. We heard about forests, improving supply chains, reducing deforestation, helping half a billion farmers.

We heard oil and gas companies committing to curb methane. We heard the finance sector talking about investing $200 billion in low-carbon economies. We heard about an inspiring, Africa green clean energy corridor.

So what we saw is countries of the world coming together, putting their commitments on the table and saying: In some ways, these are things we have to do anyway, but we want to show our willingness and our commitment to fight climate change together.

Every region, every country is coming with tailored country-specific or region-specific solutions for those sets of particular climate challenges - but everybody is coming with something. There's a great recognition, like the secretary general said, "all hands on deck." Everything that we have is needed. 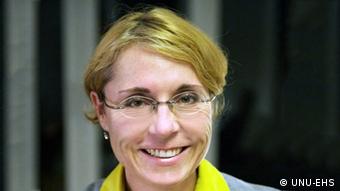 Warner emphasized that the summit was a positive step, but that ambitions need to be stepped up

It was inspiring, but it's not enough, from a scientific perspective. The kinds of commitments that were put on the table yesterday [23.09.2014] were not binding. They are the tip of the iceberg in terms of the ambition needed. They certainly set the trajectory in a positive direction. We need much, much more ambitious commitment moving forward in order to maintain a safe operating space for humanity.

There have been a few pledges, and world leaders said they would dedicate some $5 billion to make the world more sustainable. But these pledges aren't binding yet, are they?

No. What you see at the climate summit is countries, companies - the power players of the world - coming together and voluntarily putting things on the table. This is not a negotiation, it's not binding. The purpose of the summit is to create public awareness and to create a public space where countries aren't negotiating, so it's a little bit more of a safe space for countries to come and have a positive showcase for the good they are doing.

But they will have to negotiate later, in Lima, right?

The purpose of the climate summit is to create an open space where countries can come, put their own voluntary commitments to fight climate change on the table, let the media talk about it, raise ambition, and then go into the negotiation space in the UNFCCC starting in couple of weeks in Bonn, leading to Lima, leading to Paris, where we hope to have a legally binding, international climate agreement in 2015.

After years of avoiding commitments, the world's top greenhouse gas emitters - the United States and China - seem to be ready to change their policies. Obama spoke of a "special responsibility to lead" and China vowed to stop the rise of carbon dioxide emissions as soon as possible. These are rather lofty statements - do you think this will translate to binding commitments in the future?

The role of US and China leadership can't be underscored enough - it is so important. There is a difference between statements that are made to the media in a public space like the climate summit, and what will become hopefully a legally binding agreement. 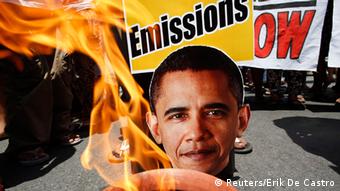 But the comments by Obama and the top climate leader in China are really important in setting the trajectory. It's not clear how that's going to translate into a climate agreement next year in Paris, but it's a really, really important signal. The mood was definitely upbeat after the US and China made their speeches.

Would you say the climate summit in New York was indeed successful?

It was a success in terms of bringing world leaders together - it was an unprecedented number of world leaders, 120 coming together around climate change, and we're talking prime minister, presidents, the very top country leadership - so in that way it was a big success. Also the involvement of other key players - cities, companies - it was very positive in that way.

After the many climate negotiations you've participated in, would you say there is a new global momentum to fight climate change now?

The climate negotiations have been going on for more than 20 years, but particularly over the last few years, public awareness and government engagement around climate has grown significantly, and that's a positive thing. One of the dangers we face, however, is that climate change becomes the new normal, and that we get into a cycle of managing crises. What we need now is systematic, ambitious, transformation of our energy systems, our lifestyles. We need to be making a very fundamental kind of shift.

There is momentum, but we need to see new ways of doing things, new ways of thinking about things - doing things at a different scale, definitely with a new scale of finance. We are not there yet. What we really have to do is get out of "business as usual" and see some very ambitious leadership in the direction of transformation.

US President Barack Obama says climate change is worsening. Ban Ki-moon opened Tuesday’s UN Climate Summit with a plea for world leaders to set the planet on a "new course" and do more to reduce greenhouse gases. (23.09.2014)