Amazon′s Jeff Bezos faces protest in India over negative Washington Post coverage | Asia| An in-depth look at news from across the continent | DW | 17.01.2020 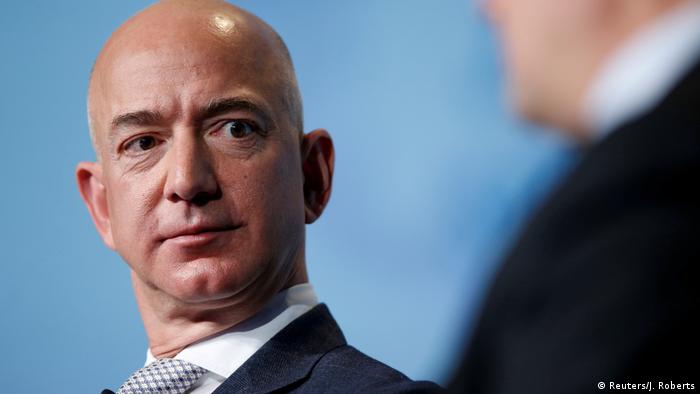 Amazon CEO Jeff Bezos on Friday concluded a three-day visit to India during which he faced criticism from members and supporters of the country's ruling Bharatiya Janata Party (BJP) over negative coverage from the Washington Post.

The US daily, which Bezos owns, has criticized some of Indian Prime Minister Narendra Modi's major decisions since his re-election in May, including the government ending the semi-autonomous status of the disputed Kashmir region, and the enactment of the Citizenship Amendment Act (CAA).

Modi's Hindu nationalist BJP has drawn international criticism for the CAA, which provides a fast-track to Indian citizenship for non-Muslim, "persecuted religious minorities" from the neighboring Muslim-majority nations of Bangladesh, Afghanistan, and Pakistan.  After the act was passed by Parliament in December, violent protests broke out in cities across India.

In a recent editorial, the Washington Post called the CAA "discriminatory."

Bezos' visit was also met with protests by Indian street traders who rallied outside of an Amazon event in New Delhi, chanting: "Jeff Bezos - Go Back!"

Amazon's business ambitions in India have also brought out concerns of traditional Indian street traders who accuse the e-commerce giant of driving them out of business.

"They are the second version of the East India Company. They just want to wipe out the competition and later on dictate their own terms," Praveen Khandelwal of the Confederation of All India Traders told DW.

Since the BJP got its start, India's shopkeepers have represented a core constituency.

During his visit, the US tycoon announced Amazon's plans to create a million new jobs in India and pledged investments of $1 billion over the next five years.

"We will use Amazon's global footprint to enable $10 billion (€ 9 billion) in exports of Indian products to the rest of the world by 2025. Our investments in India will create an additional 1 million jobs across the country by 2025," Bezos said in a letter posted on Amazon's India website.

However, Bezos' announcement was overshadowed by the remarks of India's trade minister, Piyush Goyal, who said Amazon is not doing India any favors by announcing the new investments.

"If they are bringing in money to finance losses … it certainly raises questions as to where the loss came from," Goyal said, adding that Amazon could be engaged in "predatory pricing or some unfair trade practices."

Earlier this week, India's antitrust body launched investigation into Amazon and Flipkart, its main rival in India, over allegations of deep price discounts and whether the firms discriminate against small vendors.

Amazon CEO Jeff Bezos has accused the National Enquirer of blackmail, saying the tabloid threatened to publish intimate photos of him. The paper's publisher has said it will "thoroughly investigate" the claims. (08.02.2019)