Success in Saxony state elections for the AfD, Germany's euroskeptic party, is unsettling for Merkel and her CDU in Berlin. However, the party isn't anything to be afraid of, says political scientist Oskar Niedermayer. 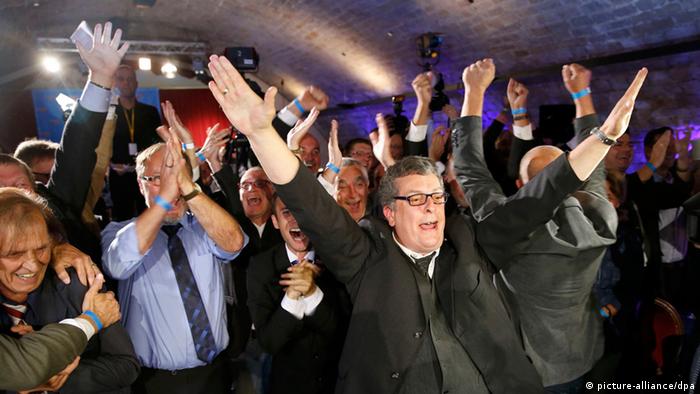 DW: Despite winning almost 10 percent of the vote in state elections on Sunday, Saxony's state premier, Stanislaw Tillich, has said the "Alternative for Germany" (AfD) is a party that won't be around for long. Is he right?

We can't really say yet. But from the way it looks now, the AfD won't be going away very soon. It's quite possible that the party will stick around if it's able to distance itself - in a credible way - from any populist right-wing ideology. It's difficult to say whether this will happen, but there would be room for the party in Germany's political landscape if it did. With regard to economic policy, it could take voters from the fallen pro-business Free Democrats (FDP); in social policy, it could take voters from Merkel's Christian Democrats (CDU).

But aren't the AfD's populist right-wing tendencies precisely that which makes the party stand out? 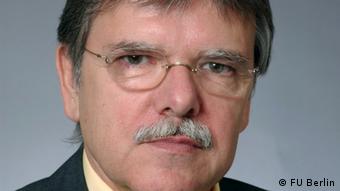 Oskar Niedermayer is a political scientist at the Freie Universität Berlin

From its manifesto, the AfD is a neoliberal, national conservative party. The problem is that several of its members have taken a rightwing stance on certain issues, and in Saxony some of the election slogans lining the streets converged on those of the overtly far-right nationalist NPD. As with any new, rising party, there will be extreme voices that want to establish and make themselves heard. But if the party moves too far right, it will frighten moderate voters. The AfD has to gain control of this; otherwise its chances of long-term success are not good.

Who is a typical AfD voter?

From everything we know about voting patterns in Germany, the AfD has taken votes from essentially every party, including some previous non-voters.

The party doesn't have any real voter base yet, which makes for huge fluctuations. Some voters have chosen this party out of pure protest. But over 75 percent of the voters said they chose the AfD because of its stance on actual issues. It seems that the party has been able to branch away from its stigma of being a one-topic party, namely its euroskeptic stance - which is how the party came across during European elections in May. It now encompasses very conservative social positions, for instance in the areas of family and immigration policy.

How should other German parties deal with the AfD's success?

It will no longer suffice to simply ignore the party; we've seen with the emergence of other parties that this doesn't work. It is also counterproductive for other parties to dismiss and demonize the AfD as "right-wing populist," because that can backfire and elicit greater solidarity with the party. The best strategy is to confront this new party and exchange arguments over central issues. This is done far too infrequently.

Could this party bring about a fundamental change in German politics? With regard to European asylum policy, for instance?

I don't think so. For the time being, the AfD will not be a potential coalition partner. The CDU has made this clear. It's not even clear if the party will make it into parliament at the next federal election [for this to happen, it would need five percent of the popular vote at 2018 general elections - editor's note]. We saw it with the Pirate party, which had made it into four state parliaments before falling drastically. This could also happen with the AfD, given its already relatively dubious reputation with regard to far-right ideology.

Could the party influence German government policy on an indirect level, in essence by forcing the governing CDU further right as it attempts to hold onto its voters?

The CDU has to ask itself what is more important. Merkel has been keen to keep the party as close as possible to the middle of the spectrum, and she has been very successful with this strategy. But, at the same time, she has also alienated her more conservative voters, who have either been forced to abstain, despite their anger, or have still gone with the CDU. Now such voters have an alternative.

With that being said, however, I still think it would be senseless for the CDU to make a strong move right, because then the party would lose the moderate voters it has gained in the past.

Twenty years ago, the CDU could be relied on to defend conservative positions. Has German society changed so much that such positions are no longer tenable?

We can't really deterimine the percentage of the population that has strongly conservative sentiments, because there is no accepted method of polling. Until now, these voters haven't played a significant role in any election. But if the AfD is capable of fashioning itself as a competitive party on the right of the CDU, it could very well become a significant force in Germany's electoral landscape.