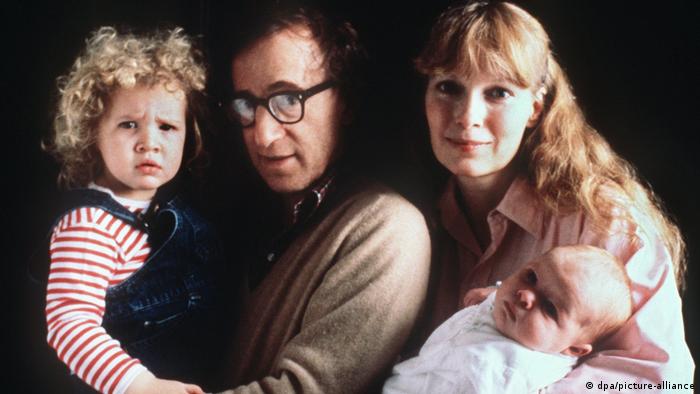 Dylan with Woody Allen, and Mia Farrow with their son Satchel, in 1988

The HBO documentary miniseries Allen vs. Farrow is set against the backdrop of one of the most bitter legal battles in Hollywood history, but it actually tells the story of Farrow's adopted daughter Dylan, who claims she was sexually abused by her foster father, filmmaker Woody Allen, when she was just seven years old.

Dylan Farrow made headlines in 1992, when Woody Allen and his personal and professional partner, Mia Farrow, became embroiled in a bitter legal battle regarding the custody of their three children, Dylan, Ronan and Moses. In summer that year, Dylan revealed that her foster father had sexually assaulted. Allen denied the allegations.

According to media reports, her mother began filming her account on the family Camcorder. Following Dylan's allegations, the Connecticut State Police said they would investigate the complaints, upon which Allen released a press statement, calling allegations like these a "popular though heinous card played in all too many child-custody fights." Farrow went on to win custody rights for her three children, and Allen's visitation rights to his foster daughter, Dylan, we denied.

Five years later, in 1997, Allen married Soon-Yi, who had been adopted from South Korea by Mia Farrow and her then husband, musician Andre Previn. 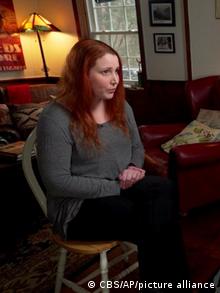 Dylan speaks about her abuse during a 2018 interview with CBS

In 2014, shortly after Allen received the Golden Globe Lifetime Achievement Award, Dylan published her account of sexual assault in an open letter on New York Times columnist Nicholas Kristof's blog. "What's your favorite Woody Allen movie? Before you answer, you should know: when I was seven years old, Woody Allen took me by the hand and led me to a dim closet-like attic on the second floor of our house. He told me to lay on my stomach and play with my brother's electric train set. Then he sexually assaulted me," Dylan wrote.

She went on to describe how she didn't like it when Allen wanted her to suck his thumb or place his head on her naked lap and breathe in and out. "These things happened so routinely, so skillfully hidden from a mother that would have protected me had she known, that I thought it was normal." 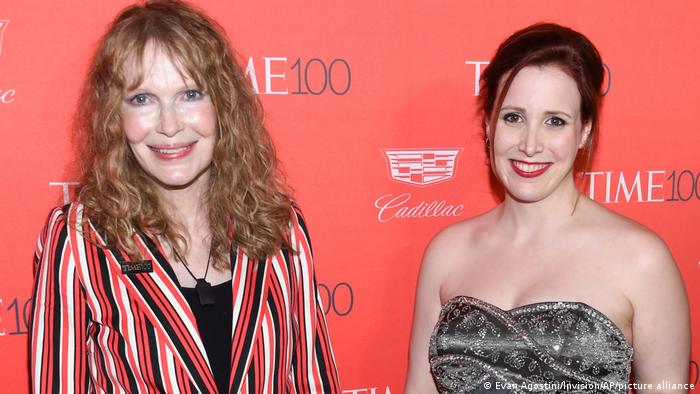 Following the #MeToo movement in 2017, when many women accused Hollywood producer Harvey Weinstein of sexually abusing them, Dylan Farrow published an op-ed in the Los Angeles Times, titled, "Why has the #MeToo revolution spared Woody Allen?" In the article, Dylan asked why the director was being left unpunished when people like Weinstein were finally being held accountable for their sexual transgressions. At the time, Allen's film, Wonder Wheel got a major theatrical release in the US.

Her colleague, Amy Herdy, found more evidence in Farrow's house, including audiotapes of Farrow's discussions with Allen and affidavits where he said he was in a close and committed relationship with Farrow. Shortly after he had filed the affidavit however, Farrow discovered naked photos of Soon-Yi in Allen's apartment. 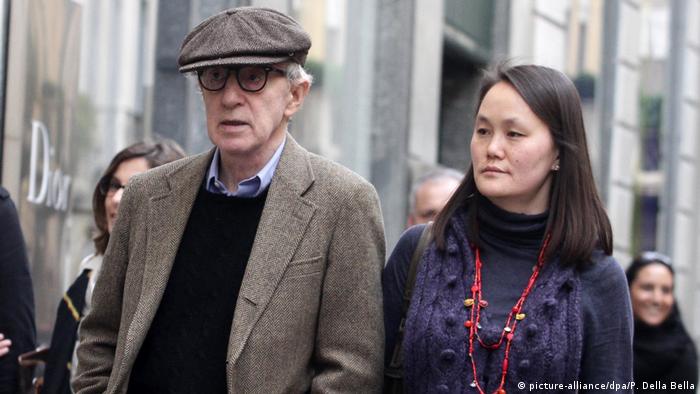 Allen was still in a relationship with Mia Farrow when his affair with Soon-Yi Previn was discovered.

The first part of the documentary series includes more shocking evidence about the extent of Allen's abuse. Referring to occasions where Allen would make Dylan lie in bed with him when he was only in his underwear, the filmmakers said that they spoke to experts, who said transgressions in such cases were subtle and that they happened slowly, like when Allen asked Dylan to suck his thumb. "It's these slight transgressions — of personal space, of appropriate behavior — that you normalize the child to," Ziering told Variety.

In Allen vs. Farrow, Ziering, Dick and Herdy also focus on Allen's cult status as a director, in order to show how people's respect and reverence for him actually helped him get public opinion on his side: "It's about the power of celebrity, the impunity of privilege… The way that a celebrity grooms all of us, to some extent, to be blind to certain private acts that might not accord with what we perceive their public persona to be," Ziering told Variety.

In an opinion piece in the New York Post, Maureen Callahan concurs, saying the series triumphs because of its "methodical disarticulation of Allen's version of events — what I, and countless others, would call his fiction."

Meanwhile, Woody Allen continues to deny the claims. In a statement to The Hollywood Reporter, Woody Allen and his wife Soon-Yi Previn responded to the documentary, saying, "The documentarians had no interest in the truth. Instead, they spent years surreptitiously collaborating with the Farrows and their enablers to put together a hatchet job riddled with falsehoods."

The couple also said in the statement that they had been approached for comments, but had too little time to respond to them. They also said that HBO's bias was "unsurprising" considering that the television channel had a business relationship with Dylan's brother, Ronan Farrow.

The director has also denied any sexual misconduct against Dylan in his memoir, Apropos of Nothing, which was published in 2020.

At the time, Dylan criticized the book, saying none of the fact checkers contacted her before it was published. "This provides yet another example of the profound privilege that power, money and notoriety affords," she said in a statement.