Jack Ma, the billionaire co-founder of China's largest e-commerce company Alibaba, has announced he is stepping down as executive chairman. Ma has said he intends to focus his efforts on education and philanthropy. 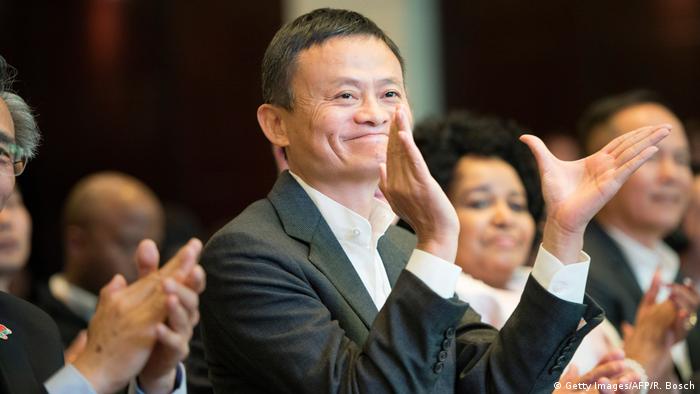 Jack Ma, the co-founder of Chinese e-commerce conglomerate Alibaba, announced Saturday that he is stepping down as the company's executive chairman.

Ma, who boasts a net worth of nearly $40 billion(€34 billion), making him China's richest man, said he would use his retirement to focus on his philanthropic work, mainly around education. He will remain on Alibaba's board of directors and serve as a mentor to the company's new management, he said.

The 54-year-old told the New York Times newspaper that his departure would not mark the end of an era but "the beginning of an era."

Ma's announcement was somewhat unorthodox; the Times is blocked in China by Communist Party censors, while there was no official statement from Alibaba.

But in an interview with Bloomberg TV broadcast on Friday, Ma indicated that he had plans to soon retire and that he wanted to follow Microsoft founder Bill Gates as one of the world's most prolific philanthropists.

"There's a lot of things I can learn from Bill Gates. I can never be as rich, but one thing I can do better is to retire earlier," he said. "I think some day, and soon, I'll go back to teaching."

From rags to riches, via the classroom

Ma was born into a poor family in the city of Hangzhou in China's eastern Zhejiang province. After finishing school, he twice failed his college entrance exams before eventually qualifying to become an English teacher.

However, he gave up his job following an early chance encounter with the internet. "The first time I used the internet, I touched on the keyboard and I find 'well, this is something I believe, it is something that is going to change the world and change China,'" Ma once told US broadcaster CNN.

He went on to found Alibaba out of his Hangzhou apartment in 1999, on the back of a $60,000 investment from friends.

Although he started small, the timing was impeccable. Alibaba's launched coincided with China's rapid economic development and digital expansion, as well as its ascension into the World Trade Organization in 2001.

What began as an online platform for businesses to sell to one another quick morphed into China's largest retail website platform. It went on revolutionize how customers in China shop and pay for things through the now ubiquitous Alipay digital payment service.

Most recently, the Alibaba empire has ventured beyond retail and into cloud computing, digital media and entertainment.

Ma leaves Alibaba in stellar financial shape. The company boasted revenue growth of 61 percent in the quarter ending June 30, while its marker cap is valued at around $421 billion.

It is the largest e-commerce company in the world by the total value of merchandise sold across its various platforms.