The Russian opposition leader was given permission to leave Russia for Europe after being barred. He is planning to attend the European Court of Human Rights for a hearing. 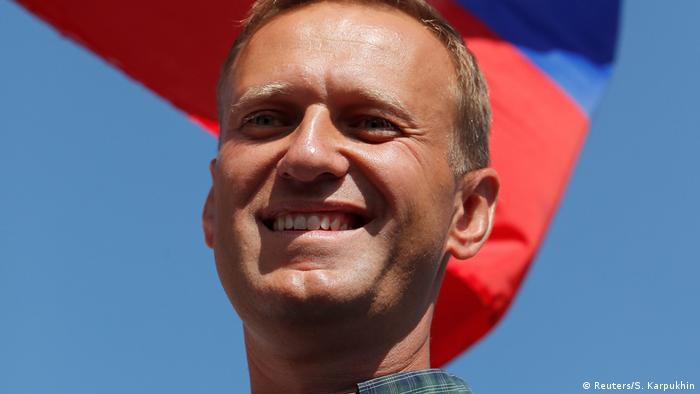 Russian opposition leader Alexei Navalny was granted permission to leave the country on Tuesday after authorities initially blocked his departure.

The oft-arrested politician was attempting to fly from Moscow to Frankfurt, Germany to attend a hearing at Strasbourg's European Court of Human Rights (ECHR) when he was stopped at Domodedovo airport.

The ECHR is ruling on whether his frequent detentions at the hands of Russian authorities were politically motivated and whether they were legal.

Navalny's close colleague Vladimir Milov told DW that the decision to stop him leaving was anticipated, and meant to stop him speaking on the international stage.

Milov said the excuse of supposedly unpaid court dues by Navalny was bogus and concocted to curtail his rights.

"It seems this was a punishment that lay dormant — it wasn't concrete and they were saving it especially for a case like this, for example to block him from going abroad. From Navalny's side there wasn't any violation."

Russian authorities said they lifted Navalny's travel ban on Tuesday after the sum of 2.1 million rubles (€27,500, $31,000) was paid to the bailiff's service. The payment related to a lawsuit against a timber company he lost last year.

Navalny was long the subject of a travel ban in Russia but that was officially lifted last year when he traveled to Spain for emergency eye treatment after an attack.

Alexei Navalny says he was given no reason for being barred from boarding a flight from Moscow to Frankfurt. He intended to appear at the ECHR, which is ruling on the legality of his numerous detentions. (13.11.2018)

US seeks Indonesia alliance against China maritime claims 16m ago