Aleppo prepares for renewed fighting as ceasefire expires | Middle East | News and analysis of events in the Arab world | DW | 04.11.2016

Russia has announced it will not extend its unilateral "humanitarian pause," citing rebel attacks. Anti-government fighters said they would not trust Russia's "cheap initiatives" as they prepared for a new onslaught. 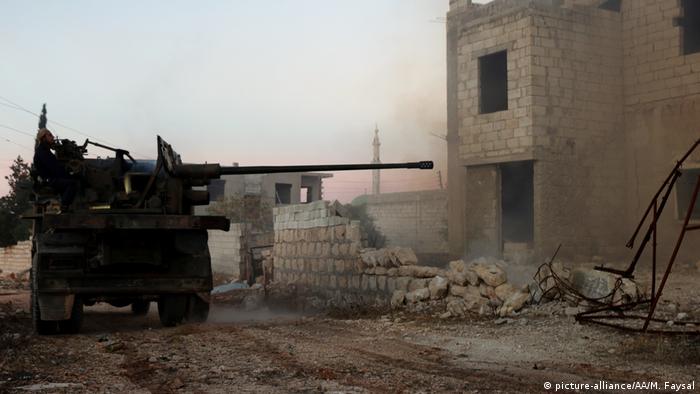 A UN commission has authorized an investigation into possible war crimes in Aleppo. Russia announced a humanitarian pause, but limited access for aid organizations.

A Russia-declared ceasefire in Aleppo expired Friday evening with no sign that civilians or rebels used the so-called humanitarian corridors to exit the eastern part of the city.

"We did not record a single civilian or fighter leaving the eastern districts," said the London-based Syrian Observatory for Human Rights, which utilizes a nationwide network of on-the-ground informants.

The Russian defense ministry reported two servicemen had been wounded by rebel fire, while Syrian state media said a journalist for a pro-government broadcaster sustained injuries in a mortar attack from eastern Aleppo.

Moscow, a key ally of Syrian President Bashar al-Assad, said it could not extend the "humanitarian pause" due to the latest assault by rebels, accusing them of using the temporary ceasefire to reinforce their positions. 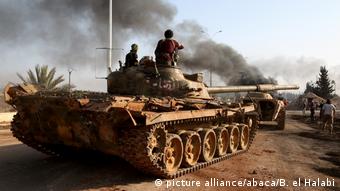 "This announcement is worthless … We don't trust the Russians or any of their cheap initiatives," said Yasser al-Youssef, a politburo member of a rebel brigade operating in the city.

Hundreds of civilians have been killed in the rebel-held districts of Aleppo since the Syrian military launched a Russian-backed offensive in September to retake the city, prompting the EU to warn Moscow that its actions "may amount to war crimes." However, the UN has also warned that rebel groups may have also committed war crimes. Both sides reject the UN's claims.

The UN said it had been unable to organize aid convoys to help the estimated 250,000 besieged citizens during a similar, longer ceasefire in October, and said that it did not attempt evacuations this time around.

"The UN will not be involved in any way in the evacuation of civilians from east Aleppo related to this announcement," David Swanson, spokesperson for the UN humanitarian office, told AFP news agency. "We remain very, very concerned about the humanitarian situation in east Aleppo. There have been no humanitarian supplies reaching the east of the city since early July."

More than 250,000 have been killed and half the population displaced since 2011, when Syrian government forces launched a brutal crackdown on peaceful protesters calling for Assad to step down.

Israel to probe purchase of German submarines under Netanyahu