A woman has died after being shot when US actor and producer Alec Baldwin fired a prop gun on a movie set. 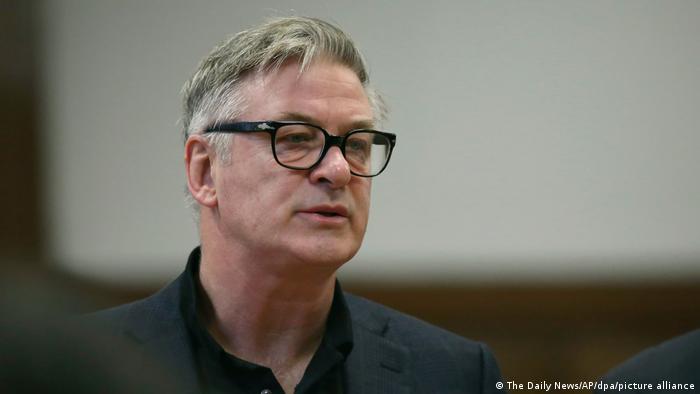 A woman died after being shot with a prop firearm by actor and producer Alec Baldwin on a movie set, police in New Mexico said on Friday.

Officials said cinematographer Halyna Hutchins died of her injuries and that director Joel Souza had also been wounded in the incident.

After nearly a day without commenting, Alec Baldwin took to Twitter, where he wrote that there "are no words to convey my shock and sadness." He called Hutchins a "deeply admired colleague" and said he had been in touch with her family.

Officials said no charges had been filed against the 68-year-old Baldwin, who was in tears outside the police headquarters, according to witnesses.

Production has been halted on the film. 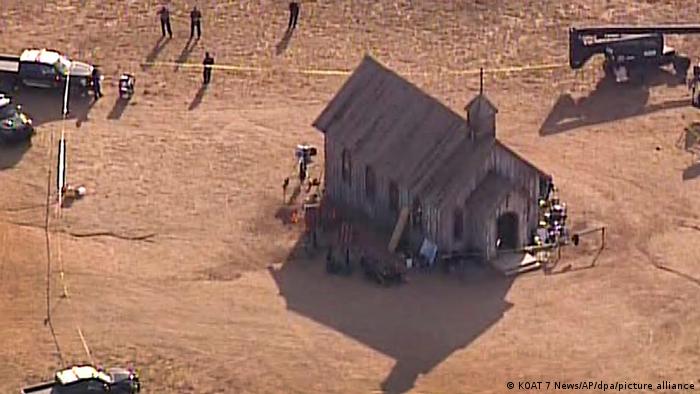 Police are investigating the shooting incident, which occurred at the Bonanza Creek Ranch in Santa Fe, New Mexico

"According to investigators, it appears that the scene being filmed involved the use of a prop firearm when it was discharged,'' sheriff's spokesman Juan Rios told the Albuquerque Journal newspaper. "Detectives are investigating how and what type of projectile was discharged.''

A spokesperson for Baldwin said there had been an accident that involved the accidental firing of a prop gun that had blanks in it.

Later on Friday, Hollywood trade union IATSE issued a statement to Variety magazine saying that a "single live round" had been in the weapon.

Oliver Jürgen Rasch, a German gunsmith and armorer that owns his own prop weapons company, told DW Friday that the cartridge in the gun used on the "Rust" set was perhaps "not modified accordingly."

"When we shoot scenes like that in Germany, the cartridge is opened, and the powder taken out," Rasch said. "The primer which starts the burn when I pull the trigger, is also modified for the shoot. That gives me something that looks like a cartridge, but it can't do any harm."

"It's possible that a prop was switched somewhere, perhaps in storage, but something like that can also happen for time or supervisory reasons," the weapons expert added. "And of course, it's possible that someone struggled real ammunition into the gun. The question is, didn't someone have an eye on the weapon throughout?"

As a graduate of the American Film Institute, Hutchins was named as one of industry magazine American Cinematographer's "Rising Stars" for 2019.

She was director of photography on the 2020 action film "Archenemy." Originally from Ukraine, she had also worked as a documentary journalist in Europe.

Hutchins was airlifted to the University of New Mexico Hospital, where she was pronounced dead.

Director Souza, 48, was rushed to a separate hospital by ambulance where he was reportedly undergoing treatment for his injuries.

Actress Frances Fisher, who had also been involved in the filming of "Rust," said on Friday that Souza had been released from the hospital.

Baldwin had been a director on his 2019 movie "Crown Vic."

Baldwin is well-known in recent years for his impersonations of former US President Donald Trump on the NBC comedy sketch show "Saturday Night Live."

He has a long history in television and film, appearing in movies such as "Beetlejuice," "Glengarry Glen Ross" and the TV series "30 Rock."

The filming of "Rust" had been set to continue into early November.

The movie is about a 13-year-old boy left to fend for himself and his younger brother following the death of their parents in 1880s Kansas. He is sentenced to hang for an accidental killing, and goes on the run with his grandfather.

There are other notable examples of people being accidentally shot on the sets of movies or television shows.

Brandon Lee, son of the late movie and martial-arts star Bruce Lee, died after was shot while filming a death scene for the movie "The Crow."

Although the gun was supposed to have fired a blank, an autopsy revealed a .44-Caliber bullet lodged near his spine.

A dedicated Twitter account run by Lee's sister Shannon expressed condolences: "Our hearts go out to the family of Halyna Hutchins and to Joel Souza and all involved in the incident on 'Rust.' No one should ever be killed by a gun on a film set. Period."

The actor Jon-Erik Hexum died in 1984 after shooting himself in the head. He had been pretending to play Russian roulette on the set of the television series "Cover Up."

Dominican newspaper apologizes for mixing up Trump and Baldwin

A daily in the Dominican Republic has apologized for running a photo of Alec Baldwin, mistaking him for US President Donald Trump. Baldwin has drawn fire from Trump for impersonating the politician on television.