Riot police and armored vehicles stifled planned anti-austerity protests in Cairo and around Egypt on Friday. President Abdel Fattah al-Sisi warned that the economic reforms will not be scaled back. 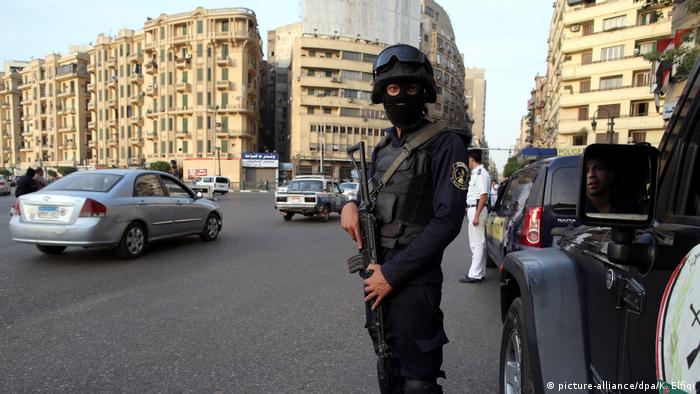 Egyptian riot police and armored vehicles descended on Tahrir Square and elsewhere around Egypt Friday to quell any attempt at scheduled anti-austerity protests.

Tahrir Square, the focus point of the Egyptian Revolution in 2011, was deserted other than the gathered security forces. A group calling itself "Movement of the Poor" called for Egyptians to protest on Friday to protest the deepening austerity measures imposed by Egyptian President al-Sisi. But major protests did not take place across the country by Friday evening. Police disrupted small gatherings, leading to minor scuffles. No injuries or deaths were reported.

Armored vehicles with tear gas canister launchers and dozens of riot police were stationed in the iconic square. Authorities also shut down the Sadat metro station to prevent demonstrators from reaching the square. Due to the presence of riot police, most establishments were closed around the square Friday. A central Cairo café that stayed open Friday led to the arrest of the owner for defying Interior Ministry orders to stay closed. Police see downtown cafes as places where protestors gather.

"The revolutionary bloc is reticent to protest. We now know that any street action leads to bloodshed. There is no result we can achieve with this regime," said Malek Adly, a human rights lawyer with the Egyptian Center for Economic and Social Rights. 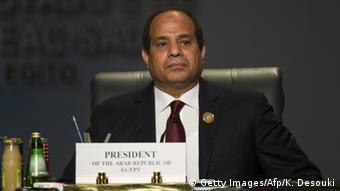 Other major cities across Egypt, including Alexandria, Suez, and Minya saw heavy security. Police fired tear gas to disperse marches in Beheira, according to state-run newspaper Al-Ahram. An unnamed security official reported 25 arrests from the marches. All those detained were in the outlawed Muslim Brotherhood, which supports the Movement of the Poor. Unlicensed protests have been banned in Egypt since the military overthrew Islamist president Mohamed Morsi in 2013.

Core inflation, over 15 percent, has reached near eight-year highs. Egypt raised electricity prices by 25 to 40 percent and included a 13 percent value-added tax in August. The Egyptian government is trying to gain support for the measures with a media campaign and wanted to expand social security schemes to prevent the poorest from feeling the effects of rising prices. The IMF will meet Friday to decide on approving a bailout program for Egypt. If approved, the initial loan tranche would be $2.75 billion (2.54 billion euros).

Many Egyptians who would not qualify for the social security schemes say they can no longer afford meat, and sugar shortages are causing concerns of a threatening food crisis. Al-Sisi has stated in speeches that a collective sacrifice is necessary to prevent financial ruin, and even urged citizens to donate spare change. He said he would not soften his reforms and warned that the army could be deployed across the country within six hours should civil unrest erupt.