Egypt's top appeal court has upheld a 20-year sentence against ex-president Mohammed Morsi for attacks on protesters in late 2012. The Islamist leader is still appealing a death sentence and two other prison terms. 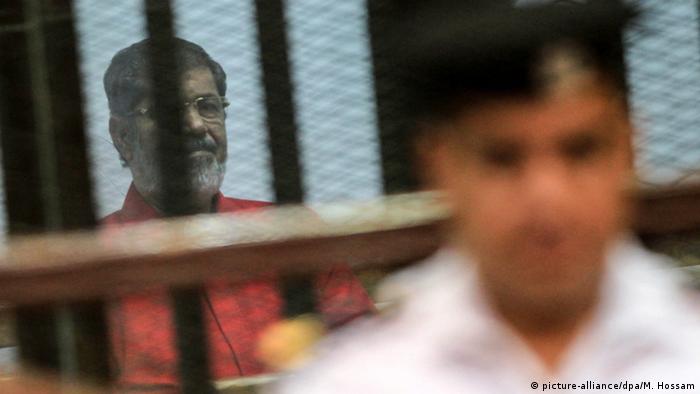 Cairo's Court of Cassation rejected Morsi's appeal on Friday, confirming prison terms for him and eight of his co-defendants. The decision marks the first time a sentence against Morsi has been finalized since he was ousted by military in 2013.

The former president has been convicted of torture, false imprisonment, and misuse of force against protesters who gathered outside the presidential palace in December 2012. However, Morsi and the other defendants were cleared of charges relating to the murders of 11 people who were killed in the clashes between his supporters and opponents.

Morsi ruled Egypt for 12 months in 2012 and 2013, before he was forcibly removed by then-military commander Abdel-Fattah el-Sissi. The general went on to become president in 2014 and lead a violent crackdown against Morsi's Muslim Brotherhood.

In a series of controversial trials, the ex-president was sentenced to death, a 40 year prison term, as well as life in prison for issues varying from plotting jailbreak to leaking military secrets to Qatar. All of these court decisions, however, can still be appealed or overturned.

Hundreds of Morsi supporters have been sentenced to death since the army takeover. Most of them have yet to be finalized. Only one person has been hanged so far for killing an anti-Morsi protester.

Suspected Islamist gunmen have killed an armored division commander in the Egyptian army on the outskirts of Cairo as he was leaving his home to go to work. He had served in the volatile Egyptian region of Sinai. (23.10.2016)