The Qatari broadcaster has come under fire for a controversial video about the Holocaust. The Israeli Foreign Ministry said it represented "the worst kind of pernicious evil." 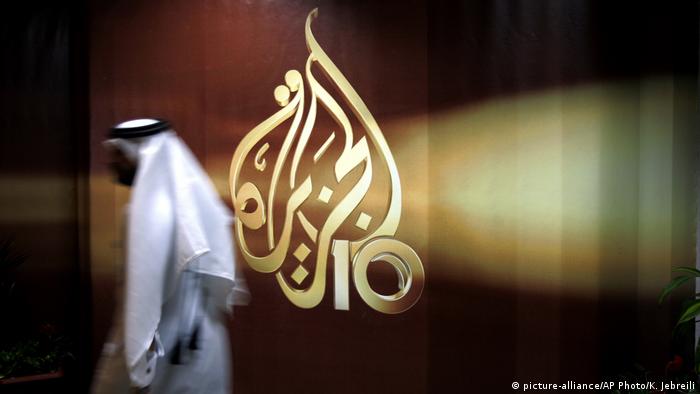 Qatari broadcaster Al-Jazeera on Sunday announced its decision to suspend two of its journalists "over violations of its editorial guidelines" for an Arabic-language video about the Holocaust.

"Al-Jazeera completely disowns the offensive content in question," said Yaser Bishr, executive director of the broadcaster's digital division. "Al-Jazeera would not tolerate such material on any of the Network's platforms."

The Arabic-language video suggested that the Jewish community was able to "put a special spotlight" on the suffering of Jews because of its alleged access to "financial resources (and) media institutions," reported Agence-France Press.

"That video was reprehensible and violates every ethical and journalistic standard I believe," said Dena Takruri, senior presenter on AJ+. "I'm honestly shocked and condemned it wholeheartedly. At AJ+ English, we have long honored and upheld the stories of Holocaust survivors and believe in facts that are undebatable."

The English-language video showed an interview with a 94-year-old Holocaust survivor who supports asylum seekers in the US.

Read more: Half of all Europeans see anti-Semitism as a 'problem in our country'

"That's how Al-Jazeera brainwashes young people in the Arab world and perpetuates hatred of Israel and the Jews," Nahshon said on Saturday.

He later said it was "good" that the Qatari broadcaster deleted the video content, adding that "this Holocaust denying video should not have been produced at all."

Read more: In Germany, anti-Semitic and xenophobic crimes rose in 2018

Poland and Israel at odds over Holocaust restitution

The Polish government is refusing to discuss what will come of assets seized from Jewish Holocaust victims. Now talks with an Israeli delegation have been called off at the last moment. (13.05.2019)

Germany announces tightening of coronavirus restrictions until Christmas 1m ago