The Doha-based Al Jazeera news channel has said an Arabic language correspondent and two crew members have gone missing in Yemen. The Qatar-owned satellite broadcaster suspects the men have been kidnapped. 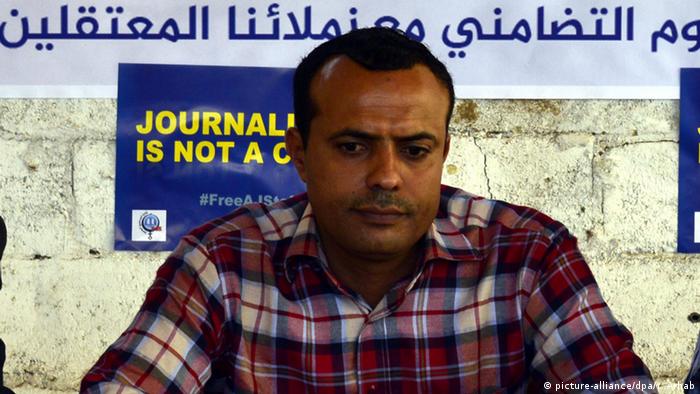 Al Jazeera said Thursday that it had lost contact with its crew late Monday as the team was covering fighting between Saudi-backed forces and Iran-allied Houthi militia.

"They were covering events in the besieged city of Taiz, reporting on the human cost of the conflict. Our colleagues were simply doing their job of reporting the story and informing the world of what is taking place in Yemen," said Mostefa Souag, acting director general of Al Jazeera Media Network.

The city of Taiz is under the control of Yemen's Saudi-backed government. But it has been besieged by Iran-backed rebels for months.

"Al Jazeera holds their abductors responsible for their safety and security," Souag added.

The UN says more than 5,800 people have been killed in Yemen since March, about half of them civilians. Reporters Without Borders says at least five journalists were killed in Yemen last year.

The full circumstances surrounding the disappearance of the journalists remains unknown, as no group has publicly claimed their capture.

A clinic operated by international medical group Doctors Without Borders (MSF) in northern Yemen has been hit by a rocket, with four people killed, the group says. It says it does not know who fired the missile. (10.01.2016)

US Senate confirms Janet Yellen as treasury secretary 3h ago