A total of 110 journalists have been killed around the world in 2015, with an increasing number being targeted by "non-state groups" such as the "Islamic State." The findings hail from two independent reports. 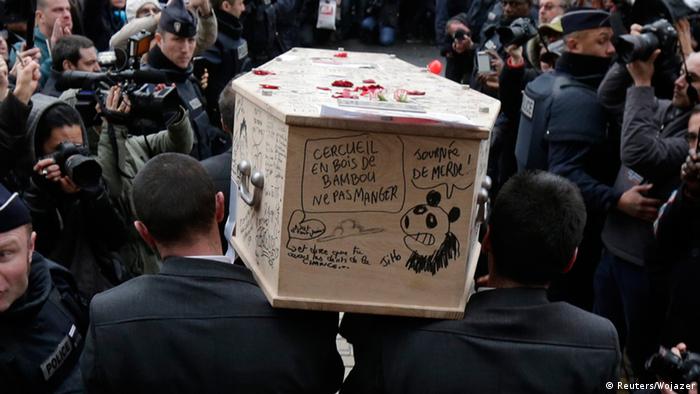 Reporters Without Borders (RSF) published a report saying that 67 journalists had died in the line of duty this year, while another 43 died under circumstances that remained unclear. The organization added that another 27 non-professional "citizen-journalists" and seven other media workers were also killed.

The Committee to Protect Journalists (CPJ) said the number of confirmed murders was actually 69. CPJ also included the case of reporter Alison Parker and video-journalist Adam Ward from Virginia in its report, who were fatally shot in August by former co-worker Vester Lee Flanagan II during a live broadcast. RSF did not account for them in their own study. 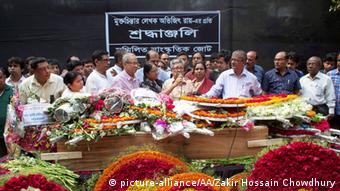 The reports highlighted the increasing number of assassinations of bloggers in Bangladesh, such as the case of activist Avijit Roy

The annual RSF report highlighted the growing role of "non-state groups" - such as the self-styled "Islamic State" (IS) - in committing violence against journalists.

The organization said that, while in 2014 two-thirds of the journalists killed had died in war zones, almost the same number were killed in countries considered to be "at peace" in 2015.

"The creation of a specific mechanism for enforcing international law on the protection of journalists is absolutely essential," RSF Secretary General Christophe Deloire said. "Non-state groups perpetrate targeted atrocities while too many governments do not comply with their obligations under international law."

Deloire added that a special representative of the United Nations secretary-general for the safety of journalists should be appointed "without delay."

Islamist atrocities on IS territory, in Paris 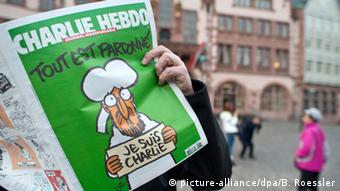 The Charlie Hebdo killing put France in the spotlight as the country with the third highest tally of murdered journalists in 2015, after Syria and Iraq

France came third on both the RSF and the CPJ list this year, where eight journalists were killed an assault on the offices of the satirical magazine "Charlie Hebdo" on January 7, 2015. The publication had published caricatures of the Prophet Muhammad; two gunmen associated with al Qaeda in the Arabian Peninsula claimed to commit the massacre as a result of this. A coordinated terrorist attack in the French capital on November 13, which killed 130 people, further destabilized the country's image, though no journalists were targeting in that assault.

"A western country had never suffered a massacre of this kind in the past," RSF said about the Charlie Hebdo attacks. "Charlie Hebdo's journalists and employees have been living under close protection ever since. Some of them still have to keep changing their place of residence."

The dangers of investigation

The 67 confirmed deaths accounted for by RSF brought the total number of journalists who were murdered, knowingly targeted, or killed in the course of their work in the past ten years to 787 cases, the organization said. Many of the killings had a jihadist background, especially in recent years.

But CPJ explained that while war zones and political coverage accounted for motives behind the killings in most cases, many journalists were targeted because they had reported on human rights issues, crime and corruption. While many of the deaths were among reporters covering conflict zones, especially in the Middle East, journalists in several countries also were killed after reporting on sensitive subjects, such as in Brazil and in Mexico.

At least 28 of the reporters who were killed in 2015 had received threats before their deaths, the Committee to Protect Journalists said.

Reporters Without Borders: New threats against freedom of the press

Reporters Without Borders has published its 2015 press freedom index. Conditions for journalists and independent media have got worse in the majority of the 180 countries assessed. (12.02.2015)