The EU's environment watchdog has said air pollution  is "the single largest environmental health hazard in Europe." Around 467,000 premature deaths in 41 European countries were linked to air pollution in 2013. 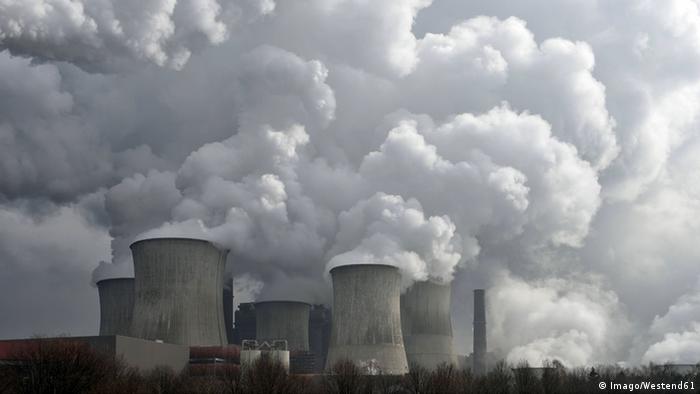 Ministers and mayors have signed a pact to increase cities' efforts to tackle air pollution within the European Union. It comes as national European governments are poised to water down air pollution limits. (30.05.2016)

Air pollution is not only unhealthy but also expensive. Hans Bruyninckx of the European Environment Agency tells DW why. His agency's recent report shows staggering annual costs as a result of relatively few companies. (27.11.2014)

The Copenhagen-based European Environment Agency (EEA) released its annual report on air quality in Europe on Wednesday blaming coal and biomass burning industries, power plants and households for hundreds of thousands of premature deaths across Europe. That's despite improvements to air quality in recent decades.

"Emissions reductions have led to improvements in air quality in Europe, but not enough to avoid unacceptable damage to human health and the environment," EEA Executive Director Hans Bruyninckx said in a statement. "We need to tackle the root causes of air pollution, which calls for a fundamental and innovative transformation of our mobility, energy and food systems."

The report argues that more efforts are needed from public authorities and businesses, as well as citizens and researchers to address the dangers of air pollution. Particle pollution as well as ground-level ozone and nitrogen dioxide cause or worsen respiratory problems, cardiovascular disease, cancer and shorten life-spans, the report said. Ground-level ozone can also reduce crop yields harming food production and economies, it added.

The report drew on monitoring data from more than 400 cities between 2000 and 2014. Despite improvements, about 85 percent of EU urban residents in 2014 were exposed to particle pollution at levels deemed harmful to health by the World Health Organization which has stricter standards than Europe.

Germany failing on 3 of 4 emission targets

The EEA says that since 2010, some 10 EU member states have exceeded their emission ceilings for nitrogen oxide that's largely generated by automobiles. Germany, which burns coal to produce about half of its electricity, was the only EU member to exceed three out of four of its emission ceilings: nitrogen oxides, ammonia - largely from agriculture - and non-methane volatile organic compounds that are largely generated from a number of industrial sources.

The European Parliament is scheduled to formally vote this week on revising the National Emission Ceilings Directive that would make limits even stricter. EU members would be then expected to ratify their agreement with the changes before the end of the year though they aren't as strict as originally proposed in 2013.

"This week I hope that the European Parliament will vote positively on our reduction commitments in the new National Emission Ceilings Directive," Karmenu Vella, European Commissioner for the Environment, Maritime Affairs and Fisheries, said in a statement. "This will provide direction for national and local actors."