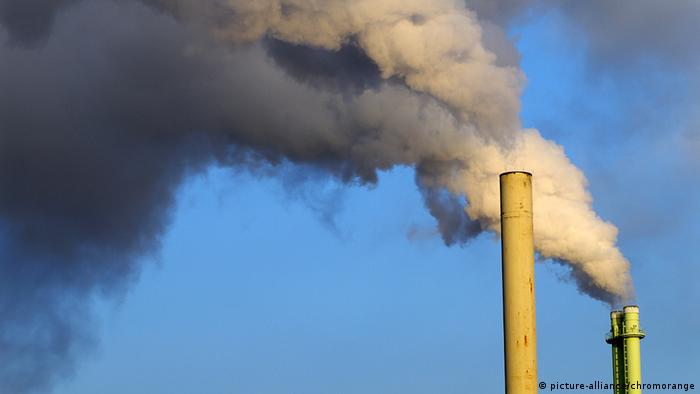 The European Environment Agency (EEA) emphasized microscopic specks of dust and soot in its annual report. Particulate matter (PM) measuring less than 10 microns, or 10 millionths of a meter, can lodge in airways. Still smaller particles, measuring under 2.5 microns across, can enter deep into the lungs and even cross over into the bloodstream.

"European citizens often breathe air that does not meet the European standards," the Copenhagen-based EEA announced Tuesday. "The current pollution levels clearly impact on large parts of the urban population."

PM emissions fell EU-wide between 2002 and 2011. However, 33 percent of urbanites live in areas where levels bust Europe's requirements for maximum exposure to PM10 - a benchmark measured on exposure averaged over 24 hours – and 22 countries exceeded the daily limit in 2011.

The figure rises to 88 percent if measured under the far tougher, but nonbinding, guidelines for PM10 set by the UN's World Health Organization. Pollution results in deaths, ill health and economic losses linked to reduced crop yields, according to the EEA.

The EEA also reported that 98 percent of European urbanites lived in areas that were above UN guidelines for ozone, a molecule that, at ground level, is caused by a chemical reaction between sunlight and fossil-fuel emissions and is another irritant for the airways.

"Air pollution is causing damage to human health and ecosystems," EEA Executive Director Hans Bruyninckx said. "Large parts of the population do not live in a healthy environment, according to current standards."

A study published Tuesday in The Lancet Respiratory Journal found that even low PM2.5 during pregnancy increases risk of low birth weight: less than 2.5 kilos (5.5 pounds) after 37 weeks of pregnancy and linked to respiratory problems in childhood and cognitive difficulties. The data come from 14 studies in 12 European countries involving 74,000 women.

High level emmissions of harmful particles owe partially to more diesel cars and a rise in wood burning as a cheap alternative to gas.

In June, EU governments agreed with the European Parliament to force carmakers to limit average CO2 emissions of cars to 95 grams per kilometer by 2020. A limit of 135 grams per kilometer, agreed in 2009, is scheduled to take full effect in 2015. As some ministers sought stricter targets for 2020, Germany was blamed for pushing to delay the new plan until 2024.

Waiting for a train that is late, or caught in a traffic jam is annoying at best. Researchers forecast a rise in traffic volume in the future, and seek alternative concepts. (24.09.2013)

EU Climate Commissioner Connie Hedegaard raised concerns at the latest roadblock to a solution. She said an agreement must be made “within weeks” if the current European Parliament can approve the changes before its term expires in May.

Hedegaard was one of many critics of Germany's delay tactics. Sweden's Environment Minister Lena Ek called the move "dangerous." Greg Archer, the spokesman for campaign group Transport and Environment, spoke of "dirty deals."

Prior to the talks, Germany's environment minister defended his nation's stance to journalists and pointed to the country's "cutting edge" environmental protection policies.

"But, as environment minister, I'm also saying that we have to take care not to lose jobs to countries that pursue less climate protection," Peter Altmaier added.