Ahead of G20 meeting, France warns of new food riots

Food prices have reached a new high and France's agriculture minister, Bruno Le Maire, has said that could trigger a new wave of food riots like those seen around the world in 2008. 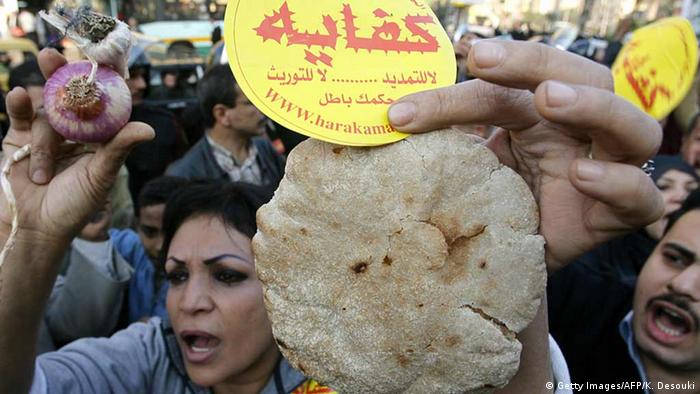 Le Maire is concerned there won't be enough for everyone

France's agriculture minister, Bruno Le Maire, slammed what he described as "speculation on world hunger" and predicted a return to the food riots of 2008 in a speech to a closed session of the United Nations General Assembly on Thursday.

"We are all very worried about the risks posed by the world food crisis, all very worried by the growing volatility of world agriculture prices," Le Marie said in a speech released by the French mission to the UN. "If we don't find concrete, rapid and efficient solutions, we will see new food riots." 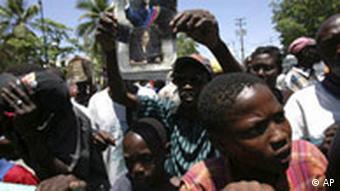 High prices led to protests and deadly riots in 2008

Earlier this month the UN Food and Agriculture Organization reported that its food price index had risen to its highest level on record in January. Le Marie said speculation, sudden decisions by countries to stop exporting and a lack of transparency surrounding commodity stocks had exacerbated the effects of extreme weather, rising populations and the loss of farming land.

"It is unacceptable that there is speculation that aggravates the problem of volatility, which is already dangerous for some countries in the world," he said. "Therefore there should be a better regulation of the basic commodities markets."

Getting the world 'on board'

Le Maire was at the UN to lay out France's agenda for its presidency of the G20 group of developed nations. The G20 is set to meet on Friday in Paris. French officials said Le Maire had wanted to speak to the General Assembly to convince its members that the G20 was not an elite club, but had the interests of all countries at heart.

French President Nicolas Sarkozy has prioritized getting volatile commodity prices under control. At the G20 level, Paris has proposed relaunching investment in the agriculture sector.

At a Group of Eight summit in L'Aquila, Italy in 2009, countries agreed to raise $20 billion (14.7 billion euros) to promote agricultural development. French officials say, however, that just $2 billion has been dispersed and that in this age of austerity, there was little hope of that number increasing.

Officials said Le Maire wanted the rest of the world "on board" when it comes to food prices. "Food security is something that everyone should work on," he said.

Global wheat prices could soar as China struggles with drought

The drought in northern China has raised fears of soaring global wheat prices, as its province Shandong is one of the most fertile wheat producers worldwide. Chinese officials denied its drought would impact prices. (15.02.2011)